The NBA season is heating up, as teams from both the Western and Eastern conference have their eyes set on the upcoming playoffs and subsequent Finals. Although this year’s championship game is not set to take place until June, there is another highly anticipated event that both franchises and fans should mark their calendars for: the 2022 NBA Draft. Scheduled to kick off on Thursday, April 28 in Paradise, Nevada, this is the league’s top tier recruitment spectacle, with all 30 teams having the opportunity to bring new talent up to the big leagues. When it comes to the Boston Celtics, the team’s roster could be seriously improved with the addition of some fresh blood. Here we take a look at a few possible options for The Green ahead of draft season.

First up is Tari Eason, a breakout player for LSU that is currently leading the college basketball program in points scored. The small forward showcases aptitude in both offensive and defensive plays, averaging an impressive 15.9 points per game and around 1.6 steals. The 6-foot-8 216-pound sophomore always wows with his free throws, making approximately 78.5% of his attempts so far this season. As the Celtics look to buff up their defensive skillset, Eason is a great rookie option.

Yannick Nzosa is another interesting pick possibility for the Celtics. The forward is from the DR Congo but plays for Malaga in the Spanish Liga ACB. Here he has shown that he has what it takes to shine in the NBA, building on his strengths in passing and defense. Nzosa’s athleticism and basketball intelligence is evident in every move he makes, whether in training or live competitions. He’s also a speedy player with great instincts. As the Boston Celtics are currently eighth in the Eastern Conference, it’s clear they will need a player like Nzosa to instill a renewed hope in fans. Especially as sports wagering opportunities expand across the US market, more NBA supporters are looking to place bets on teams like the Celtics. For example, sports betting in Colorado boasts world famous brands and customer specials, but before they place a bet, fans want to be sure that the team is equipped enough to come out on top. Nzosa could be this missing puzzle piece that both Celtics fans and management are missing.

Moving on to Ochai Agbaji, the University of Kansas shooting guard who is also declaring for this year’s upcoming draft event. The 214-pound shooting guard with a 6’10 wingspan could do great things with the Celtics at a professional level. In his college career, Agbaji has shown development in his shooting skills, increasing his number of triples both scored and attempted with each game. With a usage rate of 25.9%, the Kansas player is not shy to show his elite basketball mechanics which are both organized and creative. Agbaji is also not intimidated by powerhouse opponents that attempt to steal the ball or shake his rhythm, something that the Celtics could benefit from greatly. 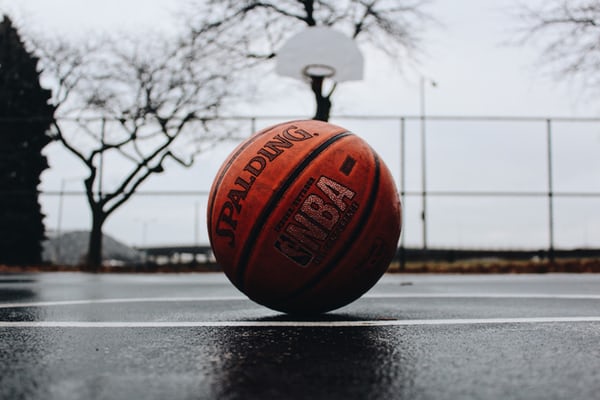 Who do you have your eye on to join the Celtics for the 2022 NBA Draft?

Last but certainly not least, Kennedy Chandler is a guard from Tennessee who the Celtics could potentially pick up come April. Although he lacks a bit of height, standing at 6-foot and weighing 170 pounds, Chandler delivers with solid hands and the ability to carve out excellent offensive opportunities. Not to mention, Chandler’s 6-foot-5 wingspan allows him to get up close and personal to the competition, threatening the attempt of valuable scoring plays that are coming in from the opposing side. Since Boston has been clear about their position of needing a skilled point guard, the Tennessee rookie could be one of the available talents on their list. Who knows, maybe one of these newbies could one day rank amongst the league’s greatest talents?