What the Celtics reported interest in reacquiring Daniel Theis could mean 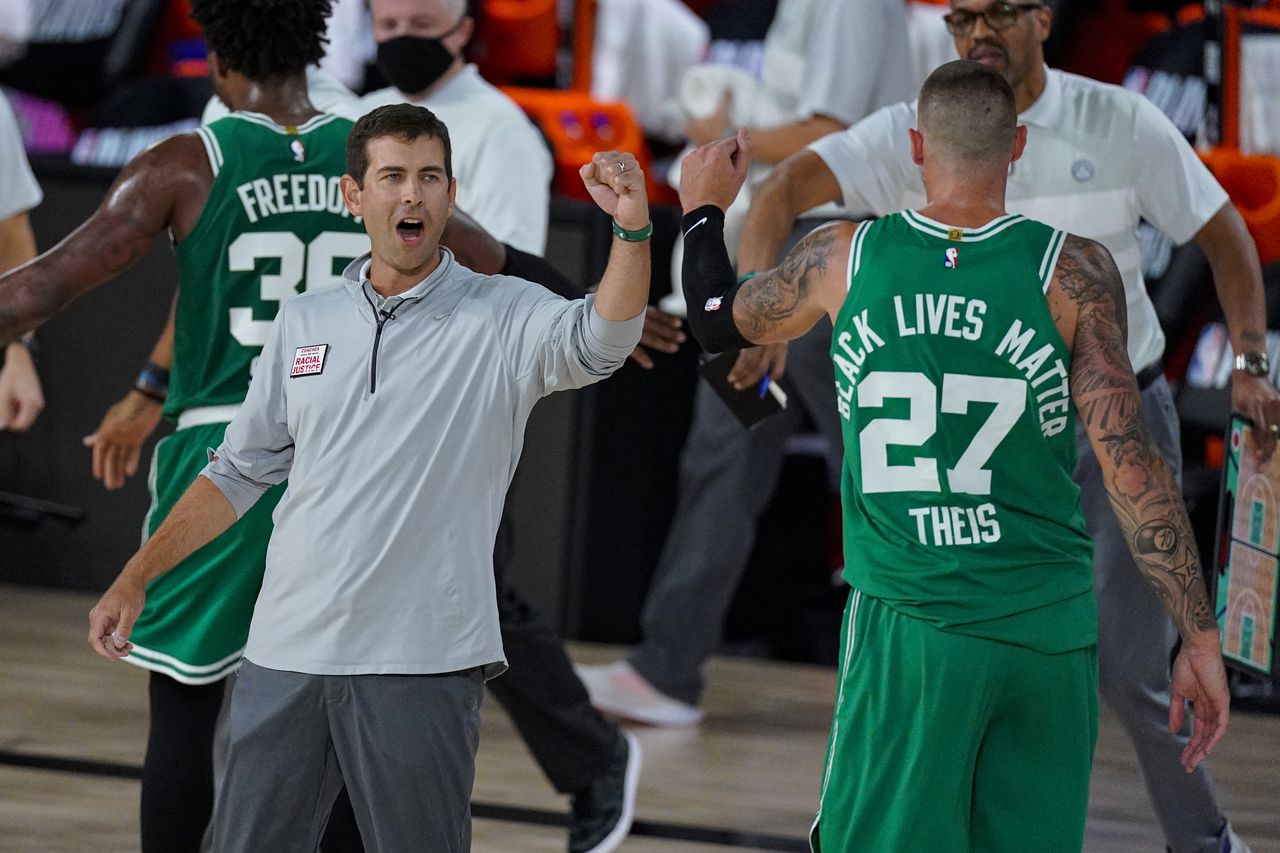 According to Michael Scotto at HoopsHype the Celtics kicked the tires on reacquiring former center Daniel Theis. The Celtics starting center from their last Eastern Conference Finals appearance was a luxury tax casualty last trade deadline to allow Boston to trade for Evan Fournier without ownership having to pay the tax.

I’ve heard Daniel Theis is a name the Celtics called and did some due diligence on, though I think he’s less likely to end up there following the trade of Juancho Hernangomez because his salary could’ve been used to facilitate a potential trade, and Boston is seeking to remain under the tax.

Theis parlayed his Celtics success into a 3 year $26 million deal with the Houston Rockets this season. The fit was a bit odd because Houston already had Christian Wood and traded two future first round picks to acquire the #16 pick Boston had traded to Oklahoma City in the exchanging of negative asset contracts in Kemba Walker and Al Horford. The Rockets used that pick on Turkish center Alperen Sengun.

Theis has a club option on the 4th year of his deal, so the reports he received a $36 million deal were misleading. A 3 year deal for $26 million with a club option on year 4 is actually worse for the player than just a 3/$26 deal. Basically what I'm saying is Theis isn't on a “bad” contract, as others might erroneously claim.

What this "due diligence" could be telling us is that Brad Stevens was more of a Theis fan than Ainge was. It also could be a strong hint that the Celtics plan to have the Al Horford reunion tour in Boston be a 1 and done affair. That the plan is to trade Horford this offseason. Theis would make a competent stretch big replacement for Horford and at "only" $8.7 million for the year.

But as Scotto correctly mentions, this deal became less likely when Juancho Hermangomez was traded in another deal. PJ Dozier and Bol Bol's money on the books are pretty much dead money for the rest of the season, so Boston has less wiggle room. Because at the end of the day, while we rarely hear what exactly the Celtics plan is, we've been told over and over again that they don't plan to pay the tax this season. This means that after the deadline they will have reduced the salary on the team, not added to it.

Technically there are other ways to accomplish this, but they likely involve trading Josh Richardson and his contract. And you'd have a less balanced roster for the rest of the year with too many bigs. A Theis trade in the summer makes more sense.

Could the Celtics quietly be trying to trade Al Horford right now? I don't think it would even be quiet. Some idiot on Twitter decided to be a jerk because I didn't include Al Horford as an "asset" for the Celtics. I asked him if he even read the article so he could see that any player who if placed on waivers wouldn't be picked up either due to skill or contract can't be an asset, but of course he was too ignorant to attempt to read.

While Al Horford skill wise is still in the top 7 or 8 Celtics on the team, his massive contract (even with less guaranteed next season) make him a negative asset. Not as big of a negative asset as Kemba Walker had become (nor should he be since Boston gave up a valuable 1st rounder to swap inflated contracts, and there is now half a year less on the deal), but one nonetheless. No team would take him off waivers. No team would use a trade exception to trade for him.

Sure a team would trade one of their inflated contracts, but that still makes Horford a negative asset. Luckily he's really the only one the team has right now. Kanter, Dozier, and Bol are all technically ones as well, but due to their minimum deals, they barely count as negative assets. Now if Horford made what Kanter made, then Al would actually be a positive asset. A "negative asset" doesn't mean a player is a bad basketball player. It simply means his contract and his skill aren't aligned.

There is no smoke to a Horford deal in the next 14 days, but that doesn't mean it won't happen. But if you were a betting man or woman, I'd put the odds that Horford is on the 2022-23 Celtics opening night roster at low. And with his departure, could mean a return of Daniel Theis. While his contract isn't chump change, it's a fair salary for presumably Robert Williams back-up next season. And let's be honest, if you're Time Lord's back-up, you're also going to get a handful of starts.

I'd put the odds at very low that Theis is traded to Boston in the next 14 days though. More likely is he could be traded elsewhere, which would in turn muddy the waters in regards to his availability this summer for the Celtics.