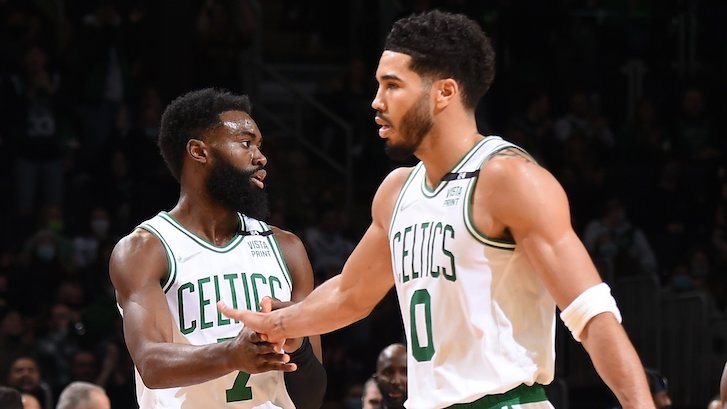 The Celtics were able to right the ship Saturday night in New Orleans as the Jay's combined for 69 points in Boston's 10 point win over the Pelicans.

Marcus Smart tied a season high with 11 dimes in the game, which certainly helped Jayson Tatum, Jaylen Brown, and the rest of the squad. Tatum finished with 38 points, but it wasn't like he got hot again from beyond the arc. He just was unstoppable on his shots inside the arc (a perfect 13 for 13 on 2PA!). Jaylen Brown shot well from everywhere finishing with a complimentary 31 points.

Robert Williams added 16 rebounds, which was one shy of the 17 he grabbed on Wednesday versus the Kings. With Time Lord, availability has always been the main key, with effort and consistency coming in 2nd and 3rd. Of late, he's starting to really blossom.

Time Lord only had 8 points, but besides the 16 boards, he also had 4 blocks and 4 assists. Let's be honest, on a team with two high scoring wings, it's not the worst thing in the world for your starting center to only take 6 shots.

. A center who can protect the hoop, board, and pass the ball well and a point guard who gets a ton of assists and plays very good defense is what this team needs, so while the Jay's get the headline shine with the 69 points, Marcus' and Robert's performances were just as important.

Jose Alvarado (and no apologies necessary if you are unfamiliar with him) led the Pelicans with 19 points in the losing effort. The Celtics improve to 26-25 on the season and will host the Eastern Conference leading Miami Heat on Monday for their next game. 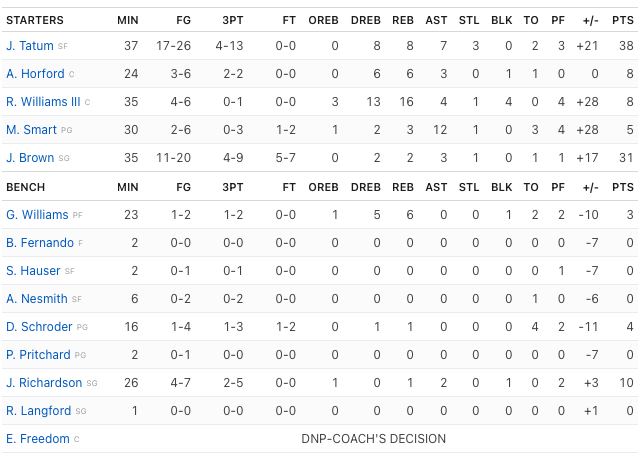