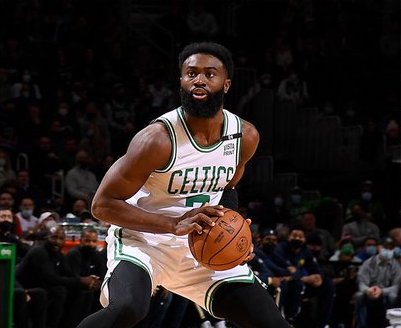 Jaylen Brown led the Celtics 26 points, 15 rebounds (career high, and 6 assists, as Boston held on to win in overtime Monday night at the TD Garden by a final score of 101 to 98. Robert Williams came up big with a double double of his own with 14 and 12 and also had 3 blocks and 3 steals to fill out the score sheet.

Jayson Tatum while continuing to struggle from beyond the arc, still managed to add 24 points and 12 rebounds in the Boston win.

Yes the Celtics blew another 4th quarter lead, but at least they won this one in the end. The Pacers were led by Domantas Sabonis who had a triple double of 11 points, a ridiculous 23 rebounds, and 10 assists. Indiana played without their starting backcourt of Malcolm Brogdon and Caris Levert. Jason Richardson was called on to play 38 minutes due to a quad injury suffered by starting point guard Marcus Smart.

The Celtics improve to 20-21, but an impressive 13-8 at home, considering their poor start at the Garden the first few weeks of the season. The Pacers fall to 15-26. These two teams will face each other again Wednesday night in Indiana to complete the home and home series.

Ime Udoka thinks the Celtics need to be much sharper and crisper offensively. He said they’re turning the ball over too much, including in transition, where they should be getting easy buckets. He liked the defense tonight though.

Ime Udoka on Marcus Smart's quad injury: "It swelled and tightened up...He's icing it down now, we'll hear about it in next day or so."

Rob Williams on our defensive pressure of late: “We’re really just telling each other we need to man up, stand your ground.”

An "ugly win" is so much better than those "moral victory" losses for sure. We will take it as well! https://t.co/BQGg8vhBW7

Robert Williams said he probably would've been knocked out by Tatum's pass if it weren't for his dreads. 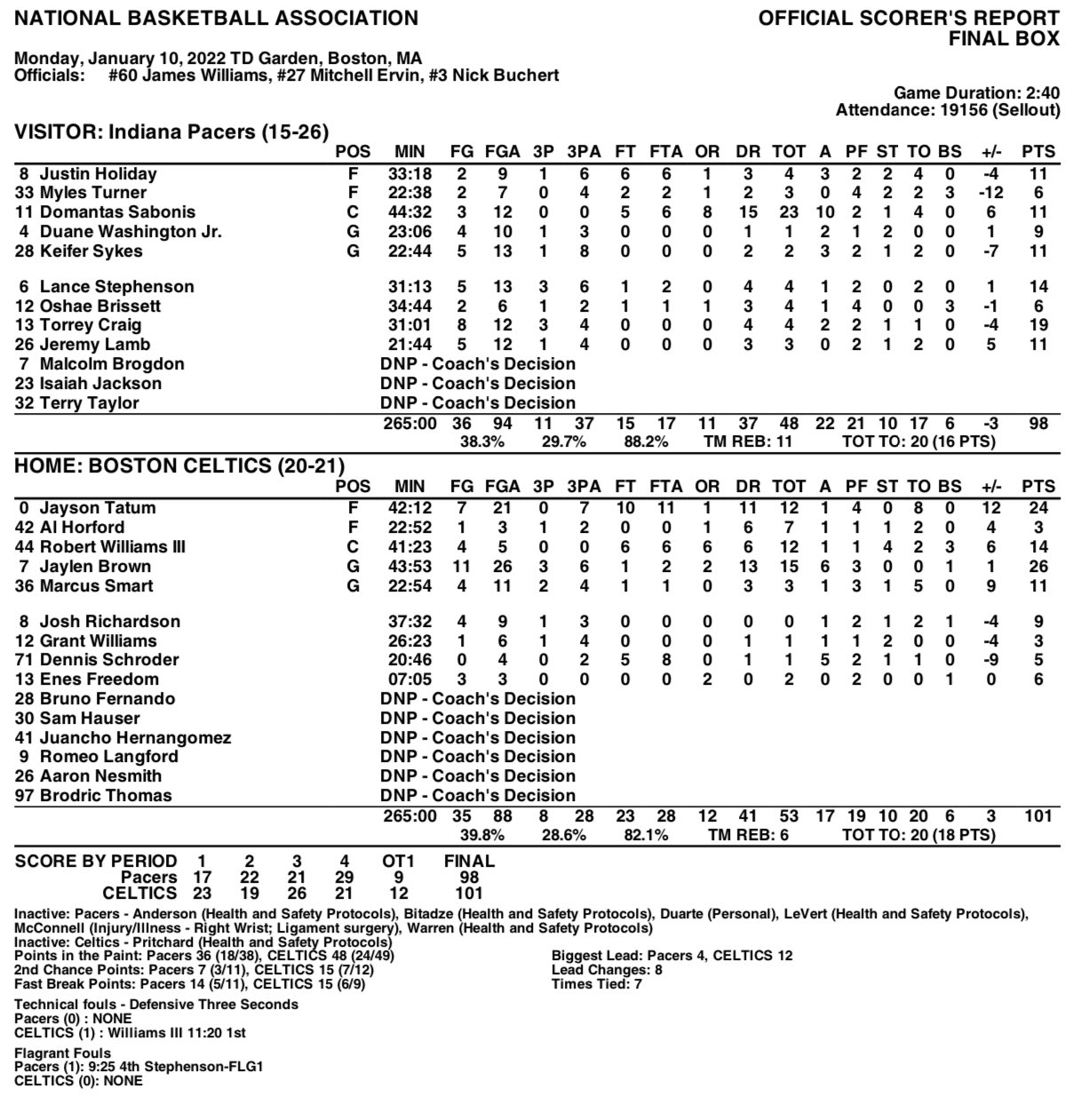