Jayson Tatum broke out of his 3-point shooting slump to connect on 9 of them on his way to a season high 51 points to pace the Celtics in their blowout win over the Wizards Sunday afternoon in Washington. This is Tatum's fifth 50+ point game in the past year.

Tatum added 10 rebounds and 7 assists (with just 1 turnover), while Jaylen Brown played the sidekick role finishing with 18 points and 10 rebounds. Marcus Smart made his return to action and led Boston with a team high +/- of +36. Smart collected 11 points, 4 rebounds, 6 assists, and 4 steals.

Tatum and the Celtics improve to 24-24 on the season and will look to duplicate today's success Tuesday when they host the Sacramento Kings.

"Hopefully this is a good jump start for us and we just keep it going."pic.twitter.com/6oGBGBiTEJ

Celtics teammates with 50-point games in the same season:

Ime Udoka said he didn't put Tatum back in to get him to 50. "Not at all." Said it was to free up the offense after some "iso-heavy" basketball.

It was TD Garden South today in DC. They gave major love to Jayson Tatum after his 51-point performance. #Celtics #Wizards pic.twitter.com/SsjcFOOvS3 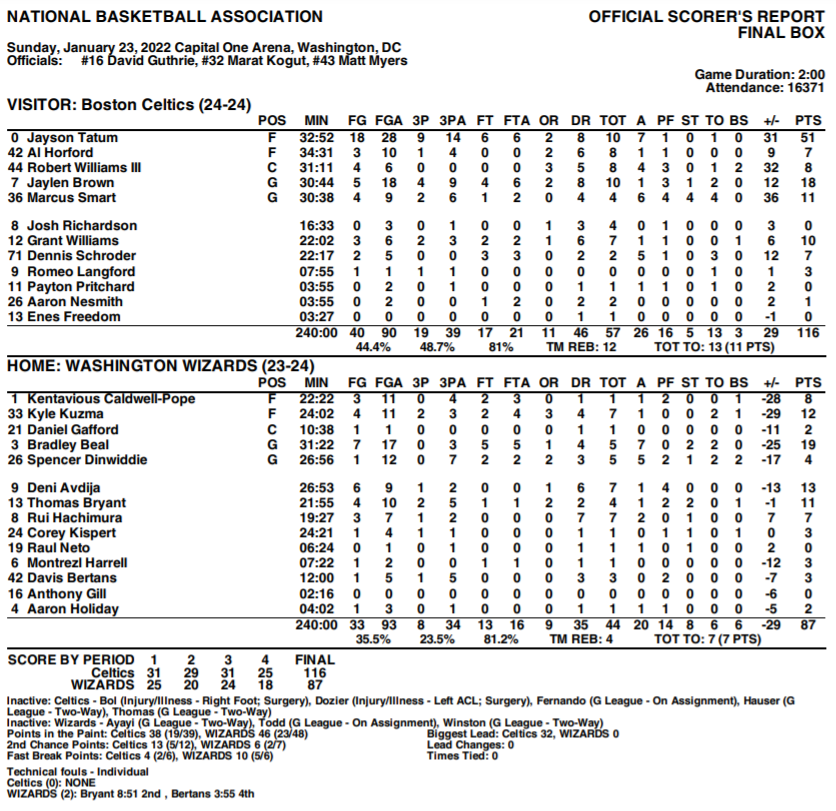