Will the Celtics make a play for a top Pacers' player as Indiana pursues a rebuild? 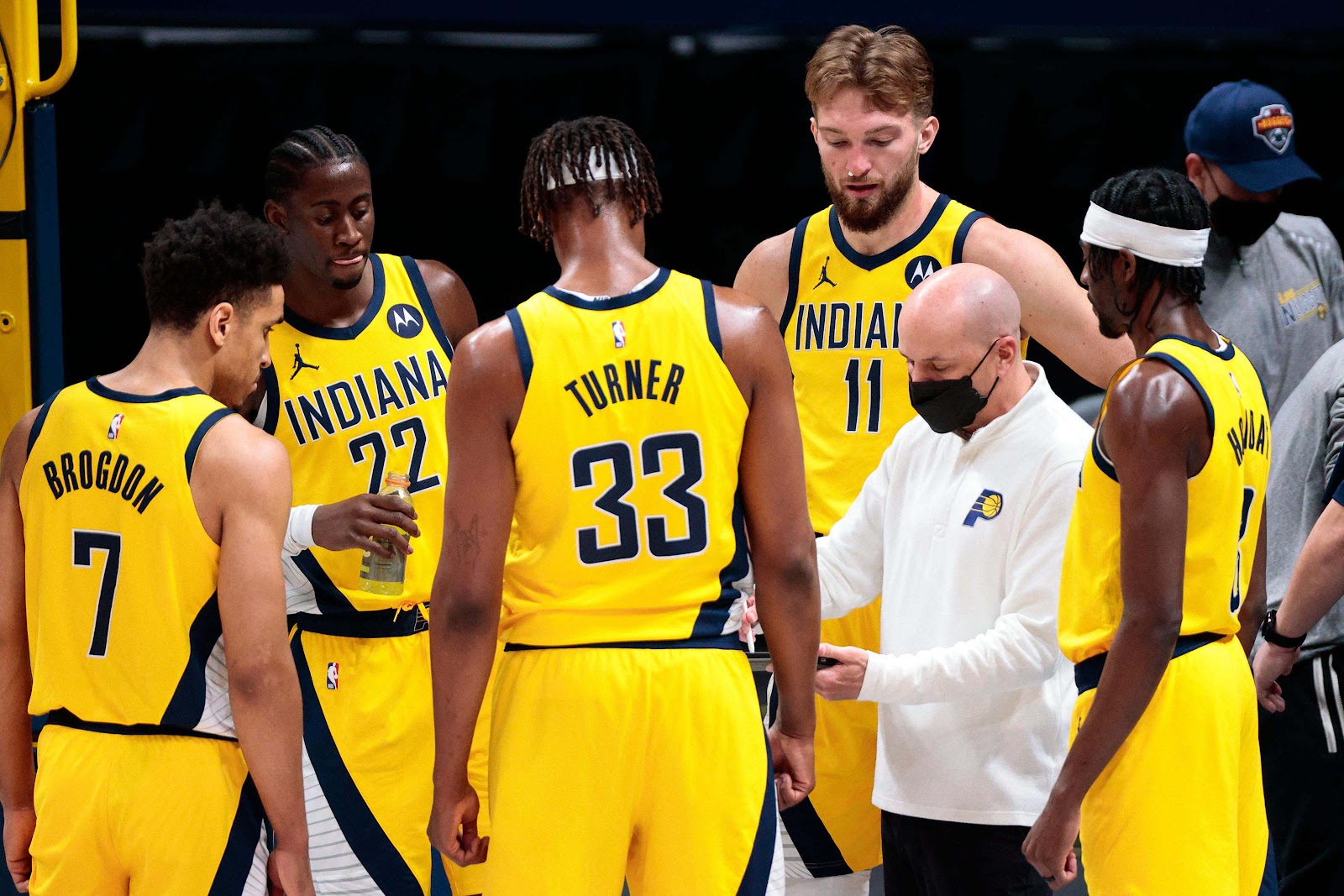 The hardest part to trying to add substantial talent in a trade isn't having the assets, it's having the other team willing to actually part with an All-Star or high level player. That's why the Kevin Garnett trade years ago was so huge. Players of that level are rarely made available. And when they do they come with some warts.

Fans are down on recent All-NBA All-Stars Ben Simmons and Pascal Siakam based on recent poor play and injuries. But they are examples of the rare top level players that are either currently available or might be soon. In order to acquire Simmons, it would take Jaylen Brown and that's a tough pill to swallow. Same goes for Siakam, and for the record he's not currently available.

It does appear that another All-Star may be available in the Pacers Domantas Sabonis. The Pacers are reportedly receptive to moving their best players in a substantial rebuild. The apple of many Celtics fans eyes' Malcom Brogdon can't be traded during this season due to his recent contract extension. So a Brogdon deal could not be made until the summer. In addition to Sabonis, Caris Levert and Myles Turner are available.

Now Myles Turner used to be the apple of Celtics fans' eyes all the way up until he almost became a Celtic in the failed Gordon Hayward sign-and-trade. Then all of a sudden the Celtics leak narrative that Ainge fanboys ran with was that the Celtics didn't want Turner and his trade value to be flipped wasn't as high as they liked. Of course that could have meant Ainge wanted to flip Turner for 3 more 1sts in addition to the first, and McDermott he was getting from Indiana.

Turned out a lot of teams wanted Turner last year, but the Pacers were unwilling to part with him unless they were getting back someone they really liked. Now Brad Stevens is running things. Would Stevens be interested in Turner now? Depends on how high he is on Robert Williams and how much he trusts Time Lord's health moving forward.

Turner wouldn't be the "3rd star" you're looking for, but he would be more of a long term stretch big man for sure than Al Horford who is just a place holder right now. Levert is another interesting piece who tends to get injured too much. He seems like a poor fit trade wise if you already have Jayson Tatum and Jaylen Brown. But as an additional piece in a bigger trade where Jaylen Brown went elsewhere. Then he becomes more intriguing. Still hate the injuries.

Let's get one thing out of the way first. You may see some Celtics bloggers come up with ideas that they think are "fair" for both sides where the Celtics land Sabonis to pair with the Jay's, but just like with Ben Simmons, trading for Sabonis would mean parting with Jaylen. At most you may be able to get something else back with Sabonis. Say Sabonis and the aforementioned Levert for Brown. Or Simmons and one or two first rounders for Brown. But there is no combination of Smart, Time Lord, the rest of the roster and picks that gets you Sabonis in a deal.

In order to acquire Domantas Sabonis it would require Jaylen Brown to be traded. Should the Celtics trade Jaylen for Sabonis?

And honestly getting something back in addition to Sabonis for Jaylen is likely a pipe dream, especially due to Brown injury issues the past year plus.

Sabonis would give you a big man star to Tatum's wing star, which on paper, or in an earlier NBA era makes sense, but does it make the Celtics a better team now. You couldn't play Sabonis and Time Lord together since both need to be in the post. Sabonis would clog the lane more the current Celtics personnel making drives by Tatum, Smart, Richardson, and Schroder more congested.

Sabonis is a very good player. An All-Star talent, but not the ideal big man fit for the Celtics and Tatum. Of course that ideal fit is a KG type and he was one of a kind and there are no players close to his skill set available.

Jaylen makes a ton of sense for the Pacers assuming he can stay healthy. He could be their #1 offensive guy and Myles Turner would undoubtedly perform much better as the lone big for the Pacers. So I could see the Pacers being willing to make the deal. But should Boston is the question? I know you need to give to get, but I just don't think Sabonis is it. His lack of block shots and 3 point shooting as a big in the modern NBA seem to cap his potential. Yes he's an elite rebounder, but anyone can rebound in today's NBA as teams don't even send their bigs in to crash the offensive boards and often let their guards and wings get the defensive ones.