We predicted yesterday that the Celtics would add at least one more big prior to their Christmas Day match-up with the Bucks tomorrow and they have indeed added reinforcements. 28 year old Norvel Pelle will provide center depth with Bruno Fernando behind starter Robert Williams while veteran 31 year old Al-Farouq Aminu is more of a 4, but we wouldn't be surprised if he plays some 5 too.

As was the case with Justin Jackson, C.J. Miles, and Joe Johnson, these two players have signed 10 day hardship contracts. Will be interesting to see if any of these players last past 10 days. Jackson is probably the most intriguing player since he's still young, but Joe Johnson is the sentimental choice of Celtics fans, and if I had to guess, the most likely to stick around. 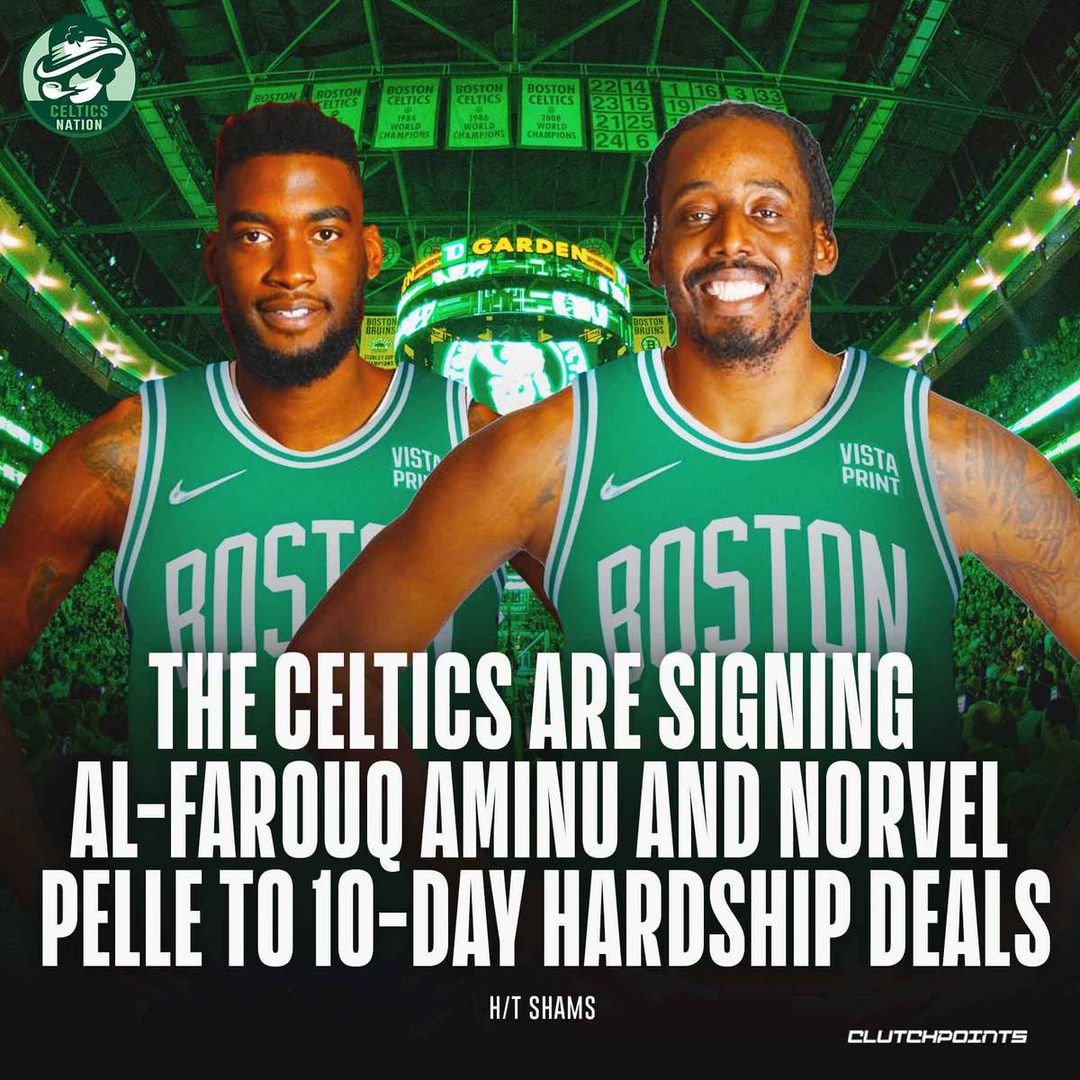