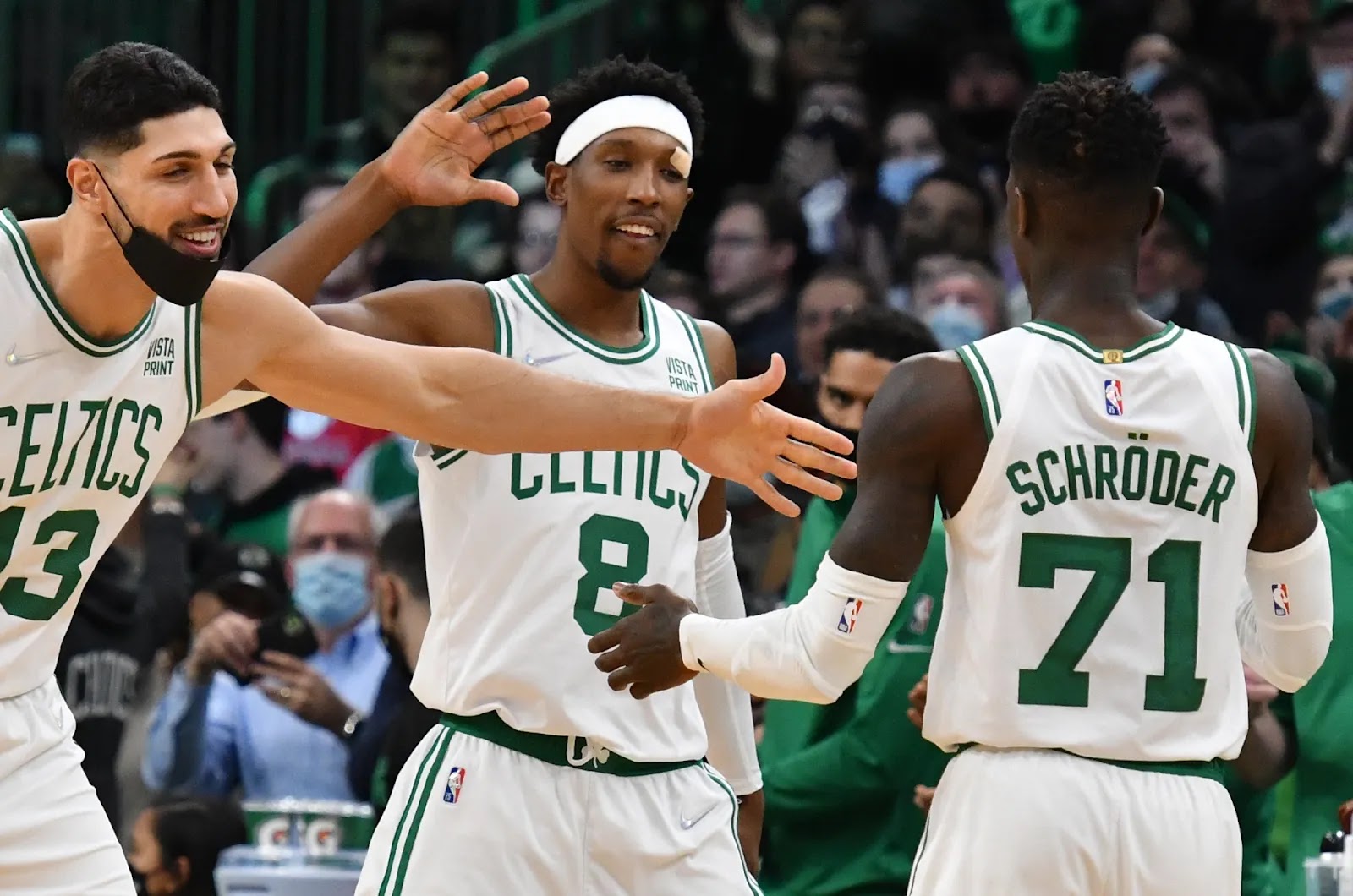 In the coming weeks and months, all eligible individuals will be required to show proof that they’re fully vaccinated against COVID-19 in order to be allowed inside restaurants, gyms, museums, and other indoor venues in Boston.

Along with other local communities, Mayor Michelle Wu announced Monday that Boston is phasing in a vaccine requirement this winter for certain indoor venues, amid spiking cases and hospitalizations due to COVID-19

The requirement will apply to indoor dining at restaurants, including bars and nightclubs; indoor fitness centers; and indoor recreational spaces, like theaters, concert venues, and sports arenas.

The city reportedly decided to give the Boston Celtics a loophole though:

The Boston Mayor’s office just confirmed that — unlike in NYC, LA and San Francisco — unvaccinated Celtics players are exempted from the city’s mandate and can play unmasked. https://t.co/chHbtkMx2q

Prior to the season, two prominent NBA players faced not being able to play in their city's home games, the Warriors' Andrew Wiggins and the Nets' Kyrie Irving. Wiggins decided to get the vaccine to make himself eligible, while Irving has yet to play a game for the Nets this season.

NBA News: Kyrie Irving to return to Nets for away games https://t.co/x6CVYKJ0Jb pic.twitter.com/SatRjCMh99

Josh Richardson back in Health and Safety Protocols https://t.co/NOQppxmBzj

The Celtics are believed to be one of the NBA teams that isn't 100% vaxxed. Josh Richardson was one player that said he wasn't vaccinated in training camp. It's unclear if he has since or if there are any other unvaxxed Celtics. The Celtics recently announced that Richardson has been placed back in Health and Safety Protocols. He joins Al Horford, Grant Williams, Sam Hauser, and Jabari Parker.

While Boston announced a vaccine mandate for indoor entertainment venues to begin next month, the mayor’s office says all professional athletes are exempt, meaning it won’t have any impact on either the Celtics or Bruins.

Why did the city give the Celtics this exemption and not even mandate that unvaxxed players at least wear masks? Well you'll have to ask the city.

These loopholes don’t make a lot of sense to me. Doesn’t a player on the court imperil those around him just as much as a fan in the front row? https://t.co/Td4Co3shxg

I love the vaccine mandate but don't fully understand why @MayorWu made an exemption for pro athletes? https://t.co/zdyjLTi45V

This is disappointing @wutrain, I’m as big of a @celtics fan as they come, but no player should get an exemption. Please fix this. https://t.co/UCEgePehjL

These loopholes don’t make a lot of sense to me. Doesn’t a player on the court imperil those around him just as much as a fan in the front row? https://t.co/F8ewB6NZy0

UPDATE: The Celtics reportedly have multiple players that are unvaccinated.

“League sources tell MassLive that the Celtics currently have multiple players on the roster that remain unvaccinated amid a COVID-19 outbreak around the league.” https://t.co/hgxsnzF3TH