We need to stop using injuries as excuses for Celtics losses 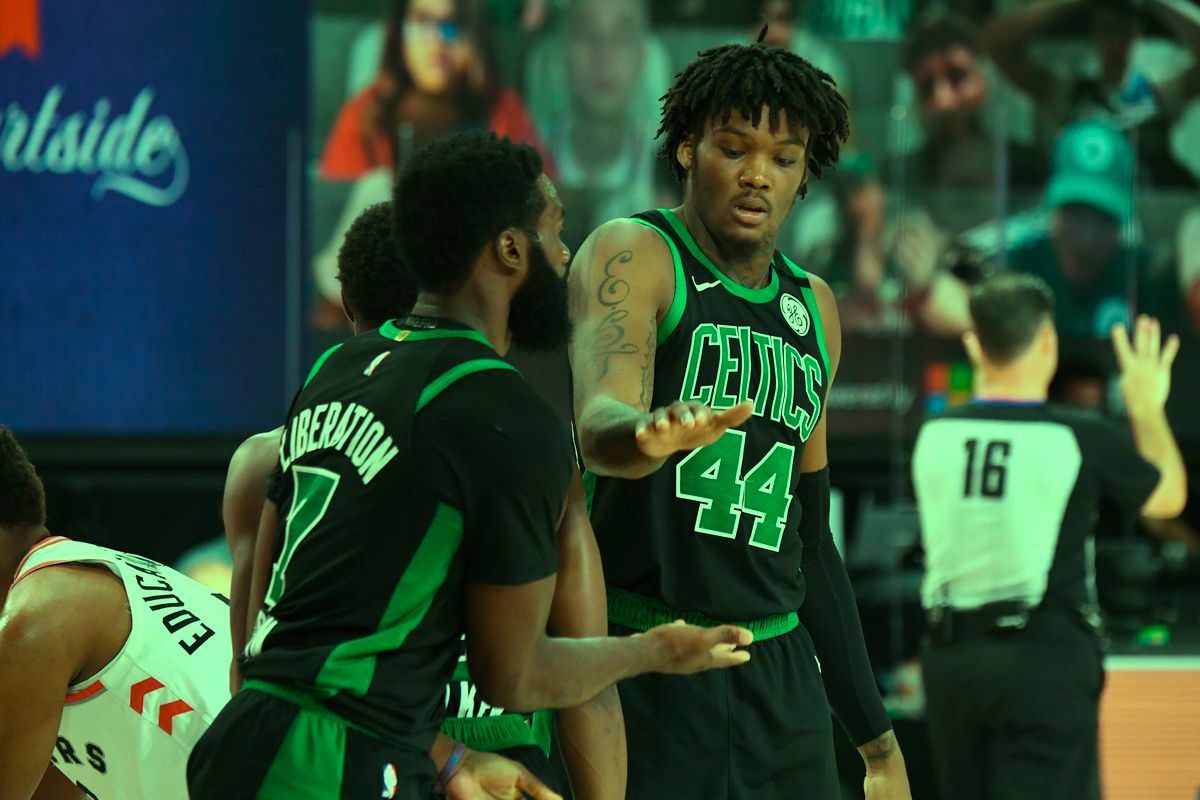 If you've been reading this site for any length of time the past 12 years, I'm neither a green teamer, green Kool-Aid drinker, green tinted glasses homer (pick your green analogy) fan boy of the Celtics, nor am I a Felger/Tanguay negative voice. I'm in the middle with a bit of a lean to the homer side. Personally I thing being overly positive is much better than being overly negative.

The Celtics were a .500 team last season and yes they had a lot of injuries and were devastated by COVID, but this season COVID has yet to take its toll on the Celtics, yet the continue to be a .500 team. 7-8 to be exact through 15 games. And of course Jaylen Brown has missed 7 games, but they were only 3-5 without him. Just saying "We would have won with Jaylen" sounds like it should make sense, but it doesn't. And I love having Jaylen Brown on the floor for the Celtics, so this is not a shot at him. Just using one example.

Bill Russell. Michael Jordan, and LeBron James were all blessed with amazing athletic abilities, but don't discount their "availability" when evaluating their combined 21 championships. Jordan for example won all 6 NBA championships he played in. I don't believe he ever missed a playoff game. Check out his career games played:

The man had one injury that sidelined him his second season (He still came back for the playoffs), but more less played in 82 regular season games every year. Part of what makes Jordan the greatest was availability. 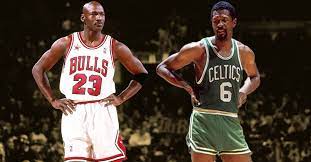 And here's Bill Russell: As good as those Celtics teams are they wouldn't have won anywhere close to 11 titles without the fact that Russell was always available.

Now LeBron James has played in a more coddling era where players are given days off, maintenance days, and sat at the end of regular seasons, but his game splayed numbers are still very impressive. And while I believe based on the All-NBA talent he has surrounded himself with he should have won more than 4 titles, he only has those 4 because he has never gone down injured in a playoff run. He's also played in an extremely impressive 10 Finals, which again only happened because he dodn't get hurt.

No way for example the Heat/Cavs get past the Celtics in the Eastern Conference Finals in 2012, 2017, or 2018 if LeBron missed a couple games in any of those series. And availability is not only about stars. What if Ray Allen wasn't available in Game 7 for the Heat vs the Spurs? < 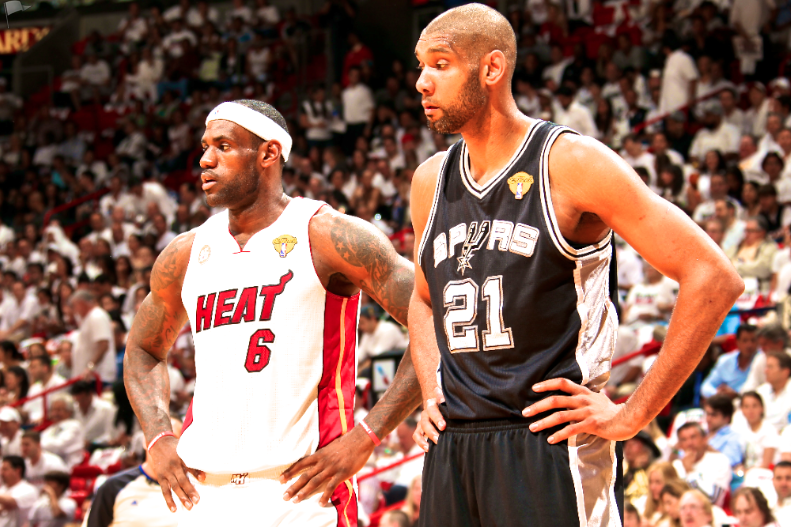 Tim Duncan is another superstar that was always available and he wasn't near athletic as those other greats. But he was available for all those Finals and has 5 rings becausd of it.

It's difficult enough to build a winner in the NBA, but next to impossible with oft-injured players. People always bring up Kyrie Irving's "shot" vs the Warriors, but never talk about all the playoff games he missed in seasons that his teams came up short.

On paper the Celtics have a better than .500 team. But we never get the "on paper" team. Someone (or two) key is always out. That's not bad luck. That's having players on your roster that don't have a high availability rating (to borrow from NBA 2K). Read this morning that Robert Williams has one of the highest win share number in NBA history. Big F'n deal if he can't be relied to be healthy. Let me know when he plays 70 games in a season (His most healthy year was last year with 53 games played.) And of course as remarkable as Rob was in one playoff game, he was out the rest. He needs to prove he can play 70 games but more importantly be available for every playoff game. Or at least 80-90 percent.

Otherwise you max it out with a great regular season center the games he plays, but you never win a title. You may say, "Man if Time Lord didn't miss those two games then we totally win that series," but again that's not bad luck. That's a theme or profile. If Williams was to play in all (or most) playoff games that would be the outlier.

Jaylen Brown hasn't been as injury plagued as Williams, but he hasn't exactly been a shining example of a player you can play every night. And considering he's one of the team's two stars, it's a wrap if he can't play games in the playoffs. Scottie Pippen had his issues with migraines and a bad back, but just like Jordan you knew he'd be available every playoff game during their dynasty.

The only three Celtics who have played all 15 games so far this season are Jayson Tatum, Dennis Schroder, and Grant Williams. Jaylen still has a nagging knee injury from last season, so even when he returns from the hamstring injury, he will miss more games the rest of the year. Players like Time Lord and Romeo Langford have yet to play a full season. Al Horford is older, so will miss games. Josh Richardson is un-vaccinated I believe, so has a much higher chance of catching COVID, taking longer to recover, and then not being 100%. Hopefully he doesn't get it, but just saying.

Also other teams have injuries. The Cavs beat us without Lauri Markanen, Collin Sexton, and Kevin Love. Almost every time you hear the excuse that, "The Celtics would have won if... played," the other team was also dealing with a key piece (or pieces sidelined). 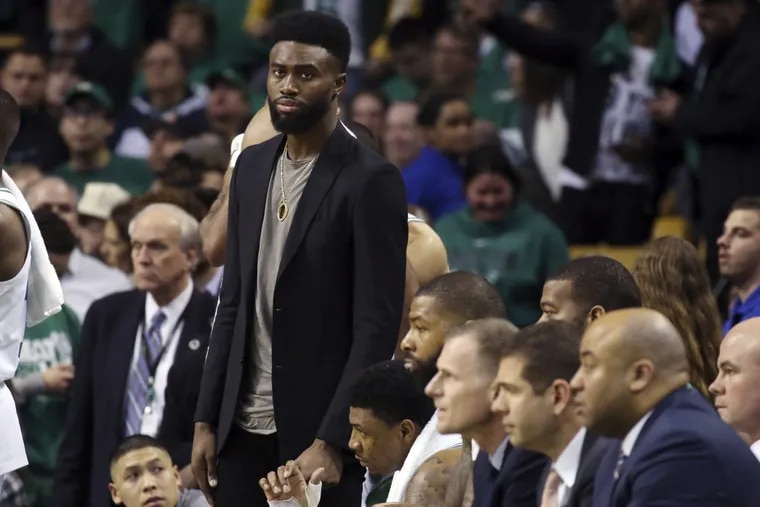 Stop using that excuse. Saying Boston would have won more titles in the KG/Pierce era if Garnett doesn't blow out his knee is fair. KG was always a very durable player who you knew would be available. Him missing the 2009 playoffs and not being 100% for the following season was an outlier on his career. He wasn't a Chris Webber, Chris Paul, Anthony Davis or Kyrie Irving where you were pleasantly surprised if they played or lasted a full season.

But with the current group I just don't think you should expect a full team. So either add more talent, so you can still win when key guys are out, or replace some of the part timers with more iron men.

You can have iron men like Charlotte version Kemba Walker or Utah version Gordon Hayward, who start breaking down as they reach the dirty 30, but the reverse is very rarely the case. If you missed a ton of games in multiple years from NBA ages 19-25, you don't all of sudden start playing 82 games a season.

I'm very confident that the Celtics team you see right now is not the one Brad Stevens sees when he imagines a future Celtics championship. This is another bridge year, a wait and see year, an evaluate the talent year, a year for Udoka to learn the coaching game. But when Stevens does make some major moves in the future, let's hope that availability is one of the main abilities he values.

The Celtics might win or lose on Friday versus the Lakers. Those are the lone two outcomes. There isn't a "Would have won if... played" outcome. At this point in time, that holds as much weight as if someone said, "Would have won if Grant Williams was 6 inches taller." Too many would a could a should a's with this group. They won or they lost. That's the endgame. The "Would of one if..." teams never go on to win championships. We need to stop using that crutch. 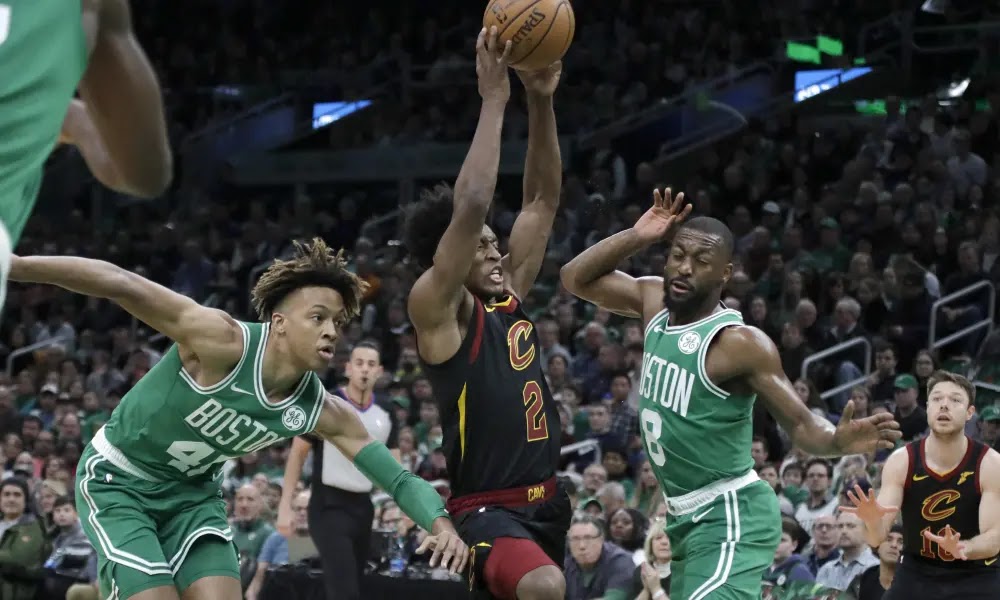 When we lose it's because we shot poorly, we took bad shots, too many turnovers, poor coaching, or didn't give enough effort. Man up and do better. Using injuries or the refs as excuses is weak. If you see a fan or media member use those excuses all the F'n time, then that's a good sign that they are a green teamer and you shouldn't waste time on their views as they will never be objective. Similarly if someone discounts Celtics wins because the other team was banged up then that's a good sign that that person isn't objective either. That they are auditioning for a spot on an afternoon Boston sports radio station.

Wins are wins. Losses are losses. The Celtics current record stands at 7 wins and 8 losses. Do better.