Extended highlights and box score from Boston Celtics 100 to 99 loss to the Hawks in Atlanta Wednesday night.

Jayson Tatum led the Celtics with 34 points while Grant Williams starting for the injured Robert Williams added 18. Marcus Smart finished with a season high 11 assists to go with his 8 points.

John Çollins led a balanced attack for the Hawks finishing with a team high 20 points. Collins and Hawks center Clint Capela combined for 23 rebounds. The Hawks who are off to a poor start after making the Eastern Conference Finals improve to 7-9, while the Celtics fall to 7-8.

Sounds like Ime Udoka is pleased with the way the Celtics have been playing of late, including tonight. He believes that the team will turn a corner in making its open shots, and that when it does, the wins will start rolling in.

“He started off hot tonight, very aggressive overall,” Coach Udoka says of Jayson Tatum, who scored 34 points tonight. “It’s just a matter of feeding him and keeping him aggressive when he gets in that mode.”

After tonight's loss to Hawks, Celtics are now shooting 32.2 percent from 3 on the season (27th in NBA).

The Celtics now head back to Boston to begin a four game homestand starting with the rival Lakers on Friday night. 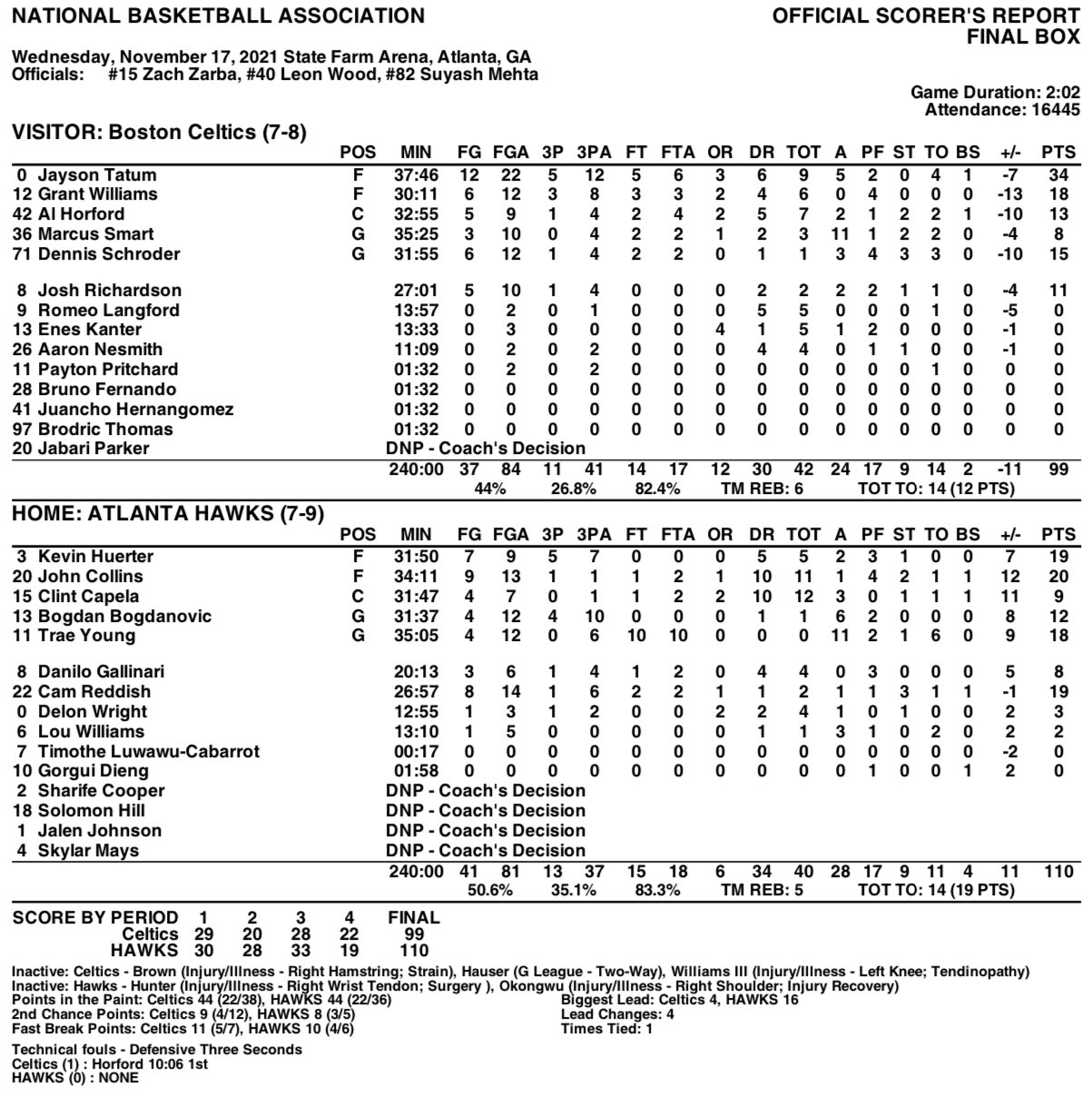