Money over Morals for the “King” 👑

Sad & disgusting how these athletes pretend they care about social justice

They really do “shut up & dribble” when Big Boss 🇨🇳 says so

Did you educate yourself about the slave labor that made your shoes or is that not part of your research? pic.twitter.com/YUA8rGYeoZ

Enes Kanter has been critical previously of Lakers star LeBron James' hypocritcal stands on social justice. While James has been a stong advocate of causes that affect him and the Black community and has asked others to support them, when it came to China's inhumanity he famously threw Daryl Morey under the bus after the GM sent out a tweet supporting human rights in Hong Kong.

The major differnece was that getting on the bad side of China would cause a major financial blow back to the NBA, it's owner, LeBron and the rest of the players. LeBron excused himself from the discussion and said he needed to research further, but then never chimed back in.

That's the background context to Kanter's Thursday tweet. The "Shut up and dribble" dig is a call back to when Laura Ingraham said those words to Lebron on her show in response to LeBron's tweets on racial justice. Of course, LeBron didn't stop tweeting about racial justice in America. He just hasn't updated his stance on China where he also makes tens of millions a year from his sneaker deal. 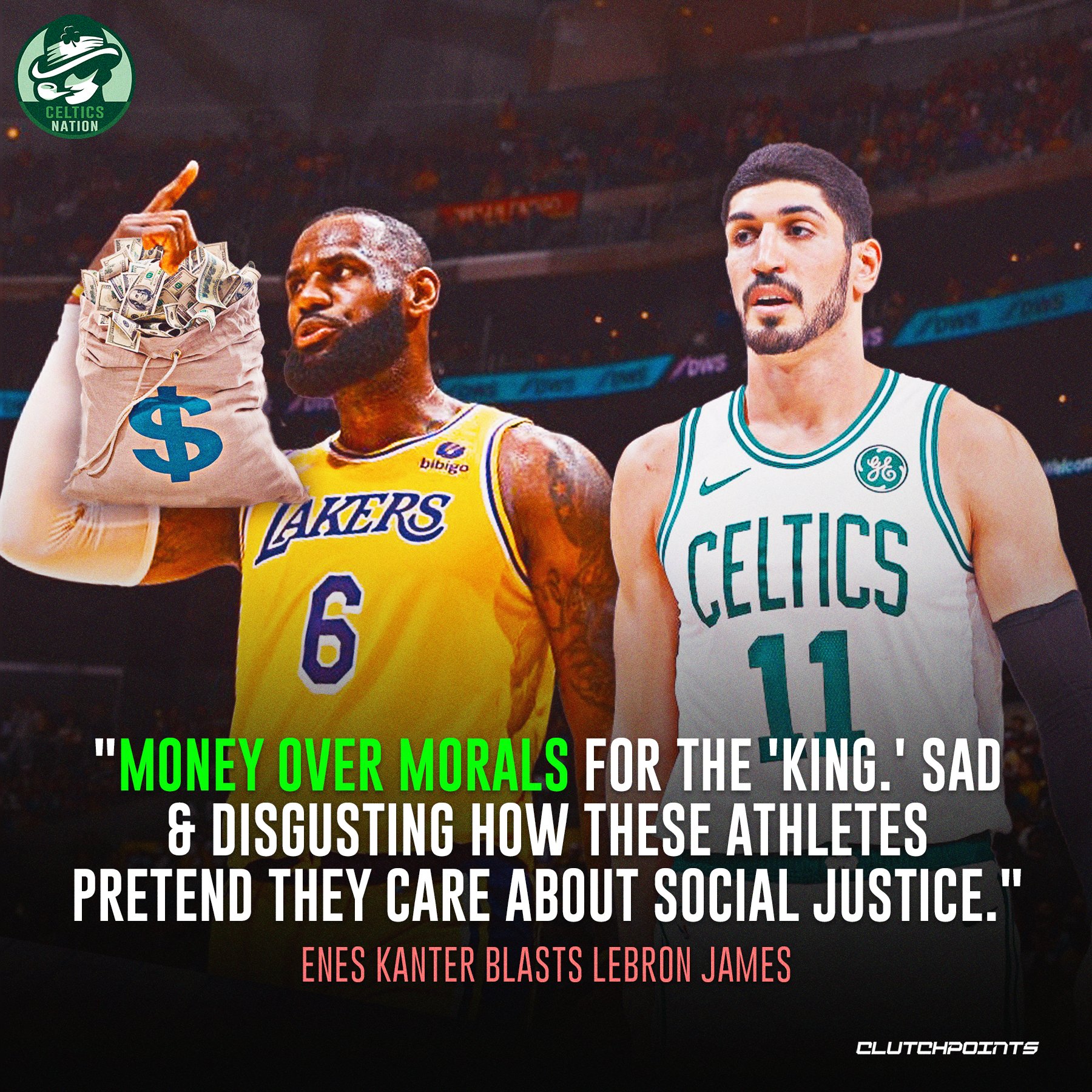 Enes Kanter: "Keep limiting me on the court, I will expose you off the court" https://t.co/74KrdC6Oto pic.twitter.com/xkuzNd5Qo3