Celtics win third straight with 108-90 blowout over the Rockets 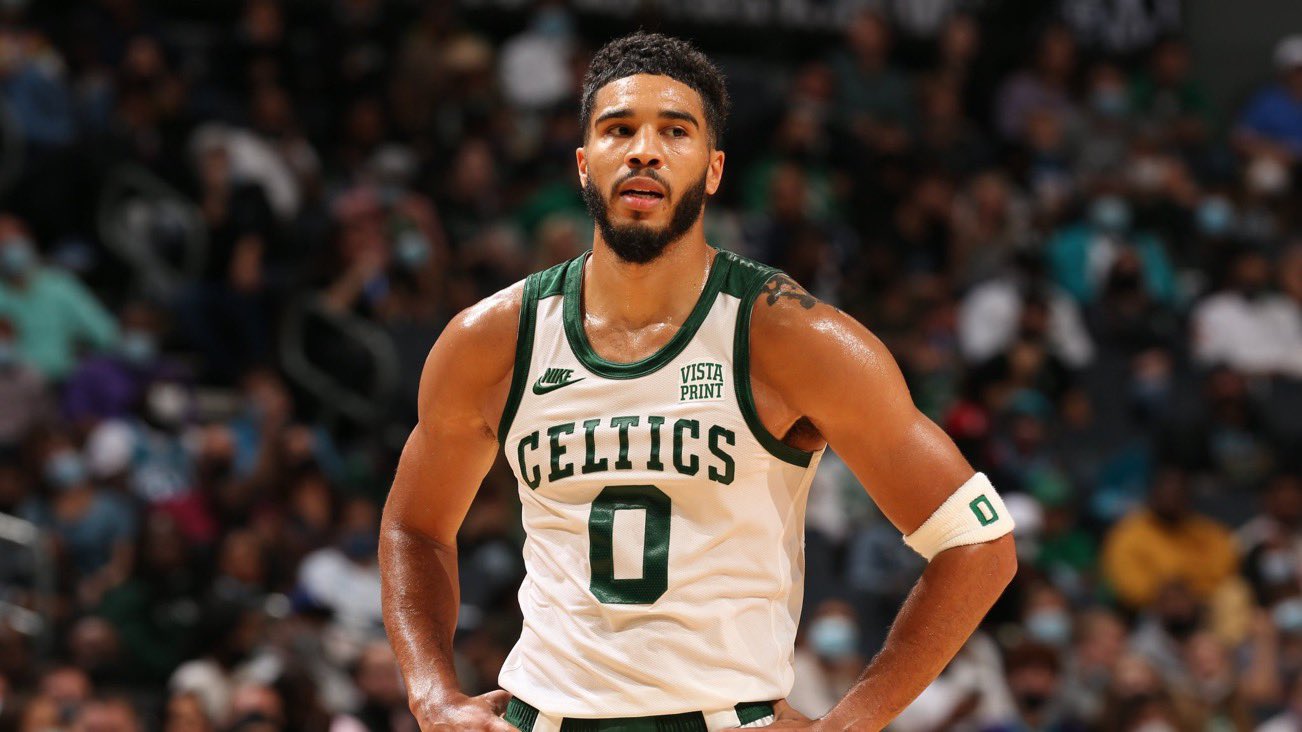 Jayson Tatum's partner in Jay's Jaylen Brown was back tonight and the two combined for 49 to pace the Celtics over the league's worst team, the Rockets, on Mondat night. Tatum went for 30 points for his fourth straight game, which include three straight wins.

Robert Williams also made his return and was a beast on the boards for the Celtics pulling down 15 on the night. Took a bit for the Celtics to get going, but once they took the lead, it was lights out for the Rockets. The 4th quarter was all garbage time.

Rob Williams didn’t miss a beat in his return to the lineup and helped fuel our win with a game-high 15 boards. pic.twitter.com/GfXKYTIHGL

Al Horford on Jaylen Brown's return to the lineup: "Once he was able to get a couple baskets, you could just see that he felt more comfortable with everything and he opened up." 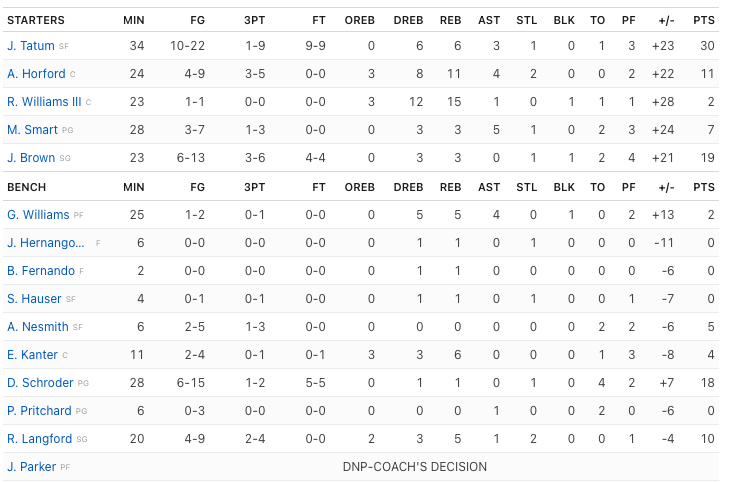