Another day, another Kyrie Irving threatening to retire rumor 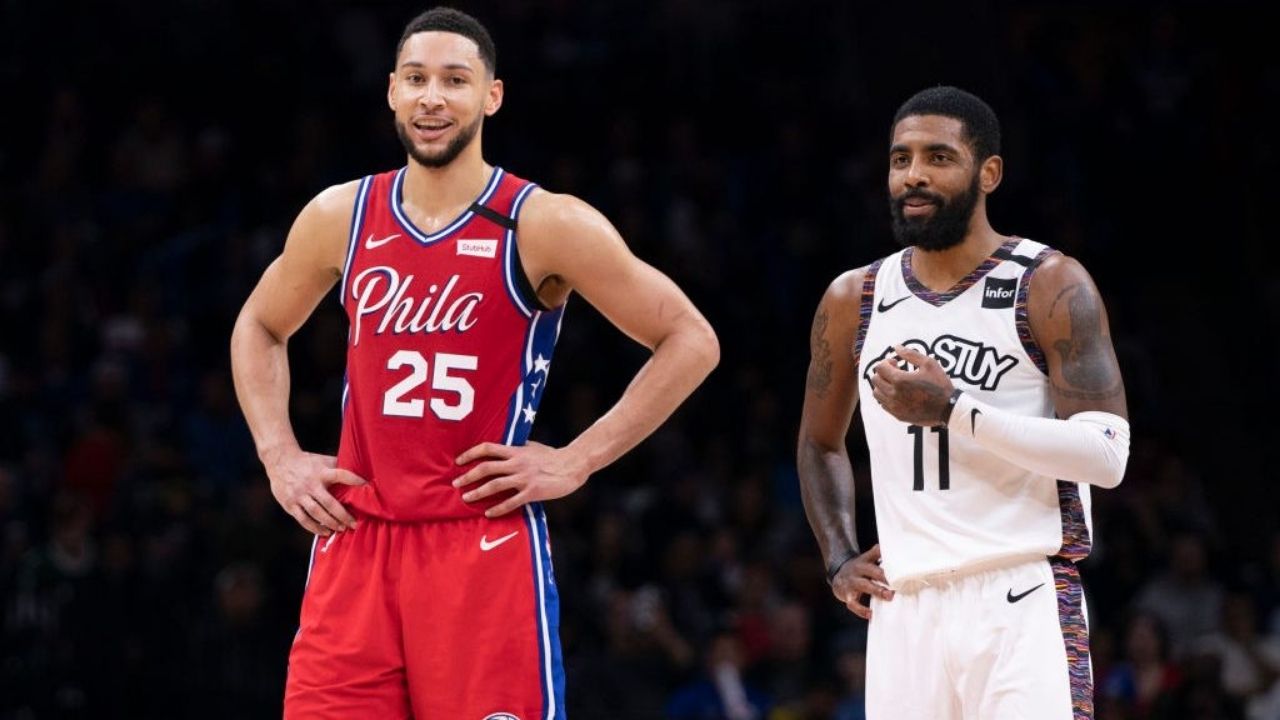 Despite the Milwaukee Bucks being the defending NBA Champions, the Eastern Conference's top team is expected to be Kevin Durant's and James Harden' Brooklyn Nets again. Teams like the Celtics should expect to have to go through them.

Former Celtics All-Star headache Kyrie Irving pitched Kevin Durant and his own free agency in 2019 as a package deal. And for good measure, you also had to overpay DeAndre Jordan. The Nets were rumored to have no interest in bringing Kyrie back "home" unless Durant was joining him. Kevin Durant is just that good.

If it's a day of the week that ends in day, there is a chance you will get another Kyrie Irving retirement rumor.

There are a handful of Kyrie trades that potentially make sense for the Nets, Kyrie’s agents have made it known that Kyrie would simply *retire from the NBA* if Brooklyn were to trade him.

Not a big Nick Wright fan. Not a fan whatsoever mind you, but its doubtful he'd make up this rumor. He's already very well known and the hit for being accused of making up a rumor wouldn't be worht it. Irving threatens to retire all of the time. Of course he'd threaten to retire if there were actual talks between the Nets and 76ers involving him and a trade.

The proposed Simmons for Irving trade would be a fantastic deal for the Nets. On paper it would also help the 76ers, but I don't think Daryl Morey, Doc Rivers, and the 76ers want Irving as a return for their All-NBA young player. Guys like Bradley Beal, De'Arron Fox, or Tyrese Haliburton make more sense for Philly.

It's never about the talent when it comes to Kyrie Irving. It's always about his head. Personally even if this trade went down I don't see Kyrie retiring. He'd threaten to. Maybe even force a trade to a 3rd team, but Kyrie is all bark. He's not going to give up his salary. He wanted NBA players to sit out the 2020 playoffs for racial justice reasons, but note that he and Durant were out for the rest of that season.

Irving will quit on teams, quit on seasons, but he won't retire, because that's when his paycheck comes into play. Eventually the Nets will trade Irving, but it won't be now. Earliest would be at this year's deadline and that's only if Durant gave his blessing to the Nets that they could trade him.

So yes, I believe Irving's representation said Irving would retire before he went to Philly in a trade. And expect another retirement rumor or threat (not really "rumors" the times he's quoted directly right?) this season. And in future seasons. But as long as he's making max money in the NBA, he's not retiring.