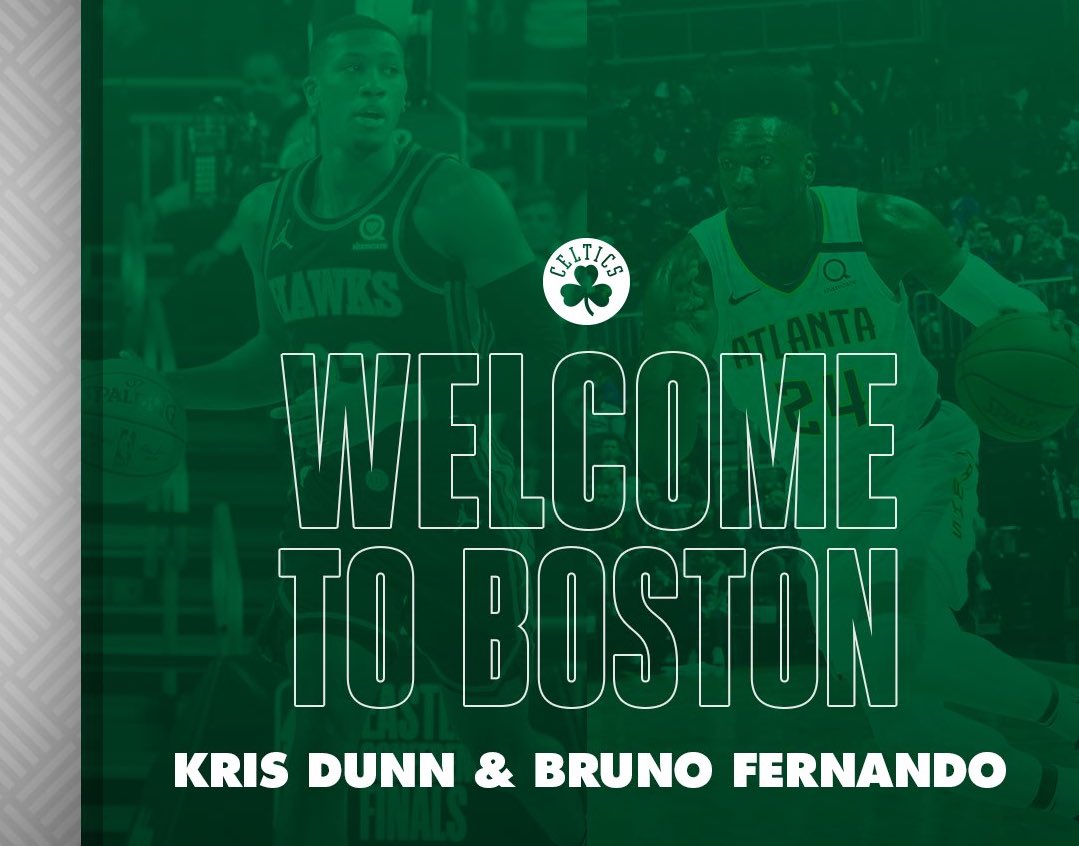 The long awaited completion of the Tristan Thompson is finally complete. There will be no flipping of guard Kris Dunn or center Bruno Fernando for now.

Brian Robb and A. Sherrod Blakely seem to have slightly conflicting reports.

Get the Tristan Thompson tribute video ready. It's official now.

In the initial deal Boston received both the large $9.7 mil exception (Robb mentions) as well as the 2nd rounder (Blakely mentions). The Celtics in their release include the 2nd rounder, but not the exception. Let's hope that TPE is included because it would be the largest Boston currently owns by far and can be used for a full 365 days. So let's say Boston clears a bunch of contract to sign a max free agent like Bradley Beal, the $9.7 TPE could be traded to another team to bring back another body. Sort of like the Celtics acquired Josh Richardson this offseason.

If you want some thoughts and videos on Dunn and Fernando from when this trade was first announced back on July 30th, here you go:

Fernando didn't seem to have a role with the Celtics until Moses Brown was included in the aforementioned Richardson trade. All of a sudden there was not only the potential that he might stick, but could get playing time when Time Lord or Horford missed a game. But then Enes Kanter was signed relegating Bruno back to 4th string center in an era where teams have no use for that much center depth.

I thought back in late July that Dunn would be flipped for another player. Maybe a stretch big behind Horford and Time Lord, but again the Celtics signed Kanter. The Celtics now might give the former Providence guard a look. That is unless they are able to add Dennis Schroder (without parting with any guards). If Schroder comes aboard, Dunn is likely gonzo.

We'll keep you updated if we hear anything more about the Celtics plans with Dunn and Fernando.