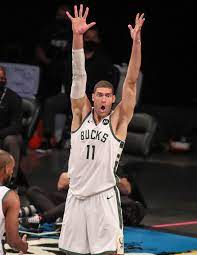 If a Hollywood script-writer – or perhaps “Jake” from State Farm – had control on the outcome, the ending would have arrived last Thursday in Milwaukee with a dude who kinda resembles Fred Flintstone literally bludgeoning into submission Nate McMillan’s over-achieving up-starts with some good, old-fashioned “paint-pounding” and “rim-rattling”!
Yabba Dabba Doo, and it counts!
Although I must acknowledge some difficulty in recent times distinguishing his “voice” from that of his TNT play-by-play colleague Kevin Harlan, Marv Albert’s “broadcast stylings” have been distinctive – and ubiquitous – for over half a century. That ever-so-deliberate cadence is his “calling card” – for me, anyway.
It was 1970, the Russell-less Celtics had missed the playoffs for the first time in my life … 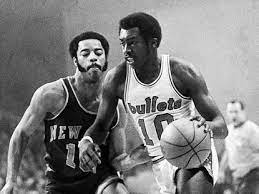 … but the emergence of the regional sports network had arrived and local Boston television was offering its hoops audience the live telecasts of certain series, beginning with the Knicks seven-game Eastern Division Final with the Bullets; the same accommodation was delivered during the Knick-Laker Final series. [I can’t seem to recall if Boston’s Channel 56 or Worcester’s Channel 27 delivered the “goods.”] 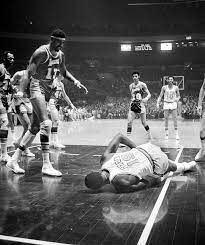 My 13-year-old senses (well-acquainted by then with the colorfully staccato delivery of Mr. Most) were exposed that spring for the very first time to not one but two of most enduring voices of the Association’s 75-year existence: Mr. Albert and Chick Hearn (who was presenting a “simul-cast,” his call going out on both radio and TV … a little disconcerting till I caught wise, as I recall).
Hearn, pretty much like our legendary Johnny Most, was a “lifer,” doing the Lakers’ radio call through the 2002 Finals sweep of the Nets before passing away that summer at 85.
Albert, whose broadcasting resume extends well beyond an NBA courtside, steps away now five years younger than the Laker Legend and to all appearances still in good health, his plan to enjoy his free time and passel of grandkids. 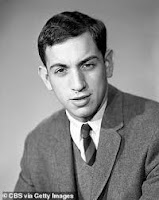 Ol’ Marv had one embarrassing brush with infamy/controversy some 25 years ago, but weathered the legal entanglement and subsequent media circus without permanent damage to family or career.
To all appearances, it seems that Marv is retiring of his own volition, persuasion if there be any likely emanating from the homefront.
L’chaim, Marv Albert