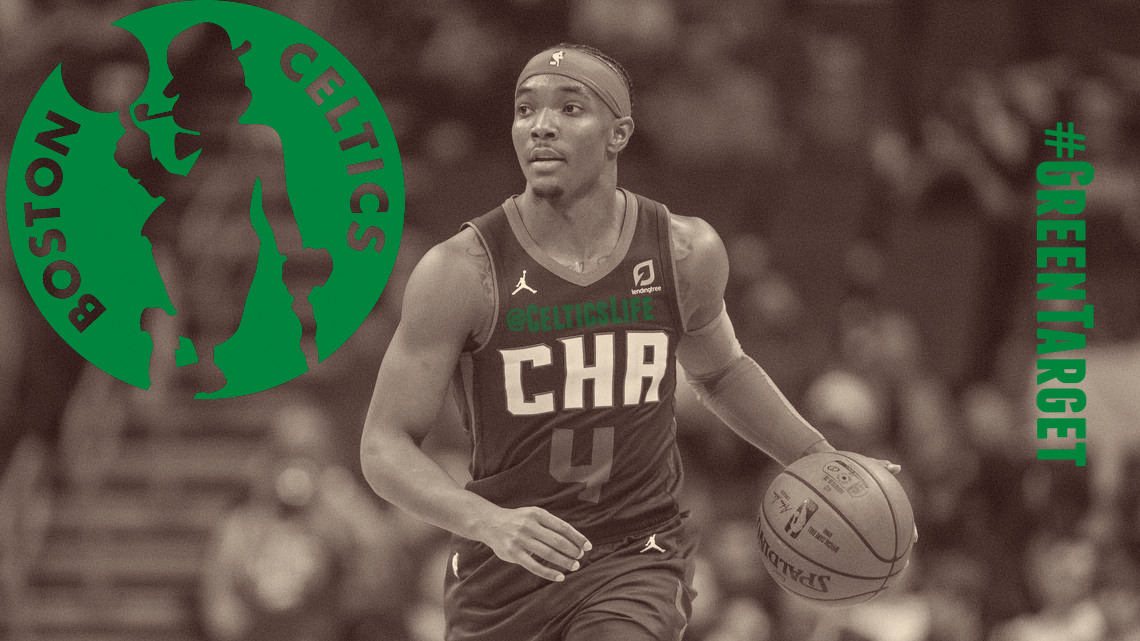 Seems like every couple months we're recommending another guard on the Hornets roster. First it was LaMelo Ball in the 2020 draft. Then it was re-signing Gordon Hayward and not just letting him walk for nothing. And lastly it was taking Terry Rozier back in the Hayward sign-and-trade talks.

Well all those ships have sailed as the Celtics didn't trade up and LaMelo went on to win Rookie of the Year, and Hayward did end up walking more or less for nothing, while Terry Rozier blew up last season so he's no longer considered a contract a team would want to move. So on to the next one!

After Kemba Walker left for Boston, Devonte’ Graham was actually the point guard who stepped up for the Charlotte Hornets during the 2019-20 NBA season. Terry Rozier was the shiny new pick-up, but Graham averaged 18 points and 8 assists and was the best player on the Hornets. Once the Hornets drafted LaMelo their backcourt became rather crowded. At the time Rozier was the guy who seemed more expendable, which is why I proposed Ainge try to get him in the the sign-and-trade, but turns out that Rozier had the versatility to excel at the 2 guard position so he fit great next to Ball. Graham became the odd man out.

The 6'1" Graham is only 26 years old and is a 38% shooter from beyond the arc. I'm sure plenty of people would rather have the Celtics not bring on another small guard (For reference though, Donovan Mitchell is 6'1" as well and Damian Lillard is just one inch taller), and we've mentioned Lonzo Ball and Ben Simmons as potential playmakers that would fit well with the Jay's, but sometimes beggars can't be choosers. There are no guarantees the Celtics could land either of those bigger names. Graham age wise fits the Jay's time line much better than Kemba Walker and he also won't demand a huge contract. In fact you might even be able to get him on a discounted rate since his 2020-21 season wasn't as glitzy as his previous year. He's a restricted free agent, so this time around Boston could be the team swooping in and stealing a player from the Hornets. Charlotte always could threaten to match though, in which case once again the Celtics and Hornets could hold sign-and-trade talks. This is becoming an annual tradition.

Brad Stevens bringing Graham aboard on a team friendly deal would be quite a coup for the young head of basketball operations. You'd be replacing Kemba with a younger yard at a fraction of the salary and who also happens to be a considerably better playmaker (Kemba's career high was 6.1 assists per game 7 years ago).

I know fans want Lillard, but if you're trading for Lillard you're losing Jaylen. In my opinion Tatum + Jaylen + Graham is a better option than Tatum and Lillard. Also contract wise the first 3 player total salary will likely fall below what just the Tatum and Lillard combo would, so that gives you more flexibility.

And Graham doesn't need to be the end game at the point. He can simply be a guy that keeps you competitive now until the most ideal option presents itself. Unlike another guy I like in Ricky Rubio, Graham also has the benefit of upside and being young. So he could be a stop gap point guard who might end up becoming the end game. Remember the Celtics traded for Isaiah Thomas to be their 6th man. He just turned into an All-NBA player.

Devonte’ Graham could be a very nice piece for Stevens to add in remaking this roster. He's a point guard who likes to pass, but will hit the 3 ball when the Jay's are double teamed. And he's young so you aren't just adding another player based on his past who might break down and regress, but instead who could even get better.