The Celtics played hard and there were moments where you thought they actually might steal Game 1. But then there was the other part of your brain that was telling you at any point the Nets Big 3 could take over. And the Nets did just that in the 2nd half and take the 1st game of the best of 7 series.

Besides the Celtics effort which was commendable, Robert Williams not only made it through the entire game, but also set a Celtics block shots record. Game 2 will be Tuesday in Brooklyn. 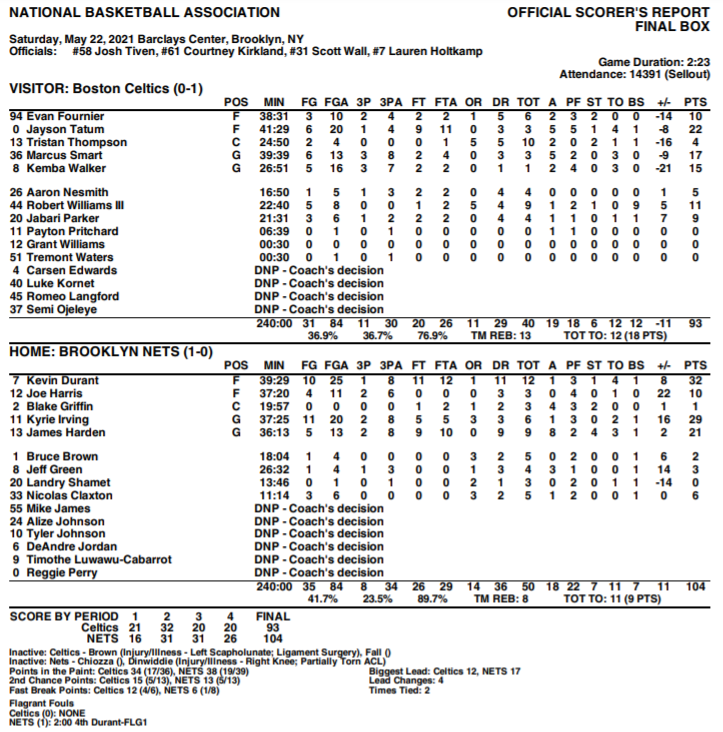