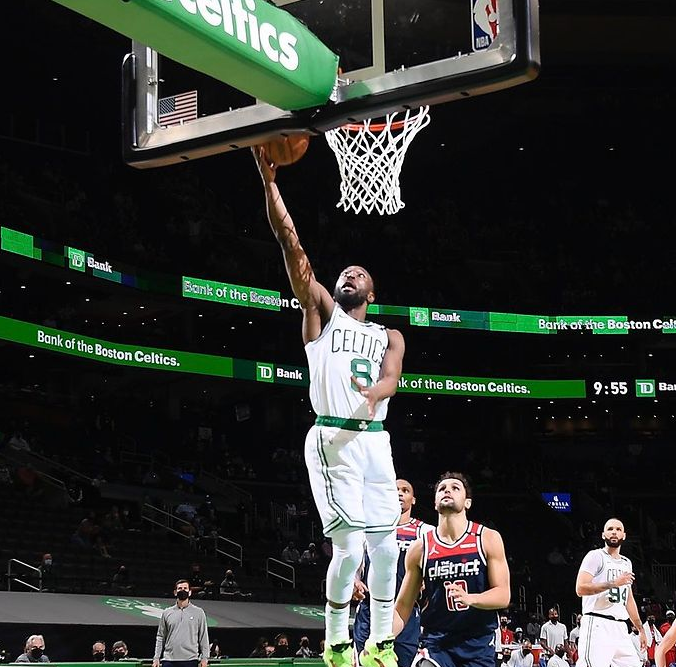 We will see playoff basketball in Boston! The Celtics get a 118-100 win over the Washington Wizards to clinch the 7 seed in the Eastern Conference. The C's will now have a super tough challenge in front of them as they have the Brooklyn Nets as their first round matchup.
Jayson Tatum went off against the Wizards. Tatum started off slow, but finished with 50 points including 23 of those coming in the 4th quarter. JT added 8 rebounds, and 4 assists. Kemba Walker also had a solid night scoring 29 points on 10/24 from the field. Biggest game of the year, and they showed up to help give Boston some postseason action.
Bradley Beal, who played this game battling a hamstring injury, shot 10/25 in this game to finish with 22 points. Russell Westbrook had 20 points to go along with 14 rebounds, and 5 assists. He struggled shooting the ball as he shot just 6/18 which really hurt the Wizards.
Washington will now play Indiana to see who will be the 8th seed in the East. The Celtics have the toughest matchup as they're going against a team that most people have as their pick to be crowned NBA champions. It's very unlikely we make it out of this round, but anything can happen. Let's pray we're the ones sending Kyrie home this year! 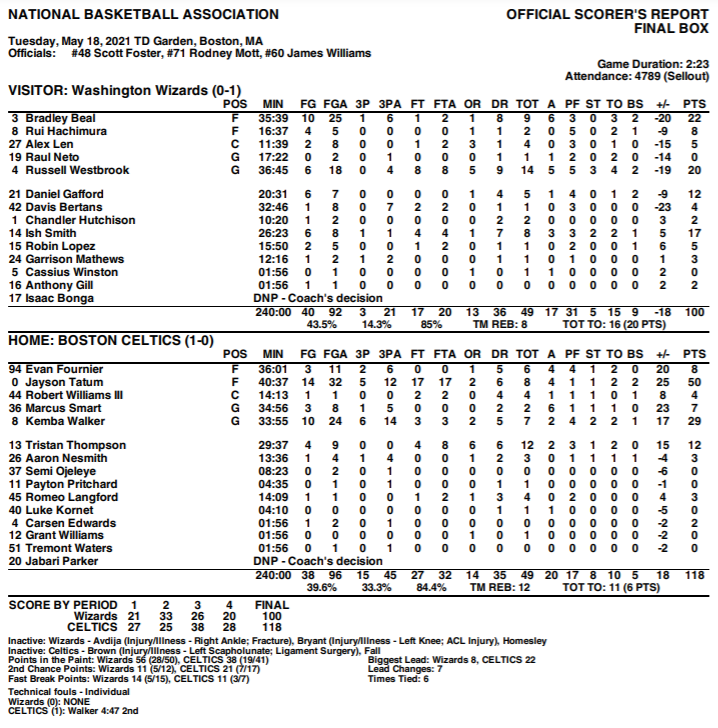 📽 Jayson Tatum's 50 points vs the Wizards in the Play-In Tournament https://t.co/D3JsLI62fT pic.twitter.com/w9KSHUuCRm