Paul Pierce has a wild night on Instagram Live 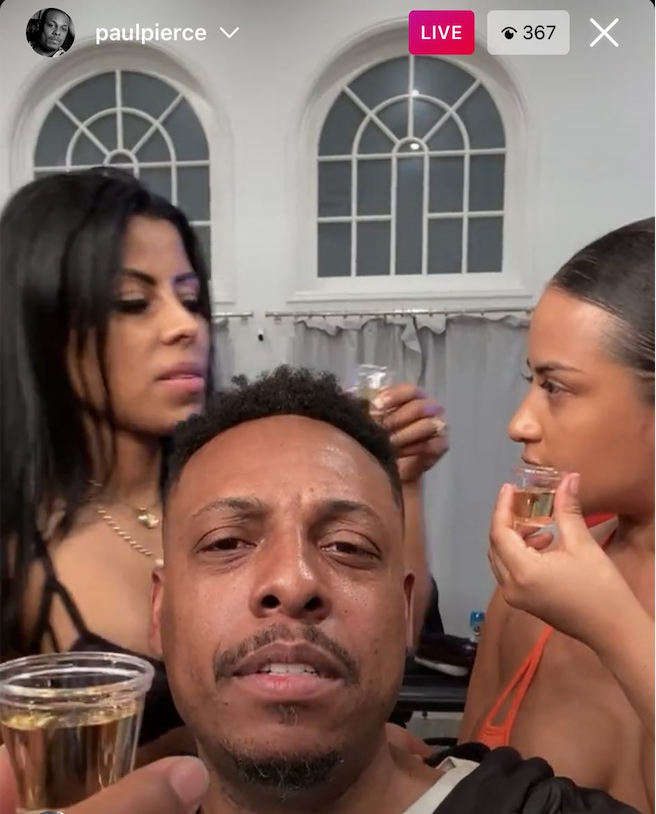 Well, Paul Pierce had quite a night yesterday. The Celtics legend and soon-to-be Hall of Famer invited some scantily-clad women to his home to drink and smoke with him and some friends. What Pierce does in his free time is entirely up to him, and he brought me enough joy during his career to prevent me from judging anything he does in his personal life. However, deciding to broadcast his night to his 850,000 Instagram followers probably wasn’t the greatest idea.
Pierce is currently employed to ESPN, which is owned by Disney. He also has a wife and kids, and I don’t intend to speculate about Pierce’s personal life, but I can’t expect that livestreaming his night will be well-received by his employer or family.
For those on social media, this has only provided another moment in the “Paul Pierce not understanding social media” saga. Pierce began this saga by tweeting out a picture of a rocket emoji during the 2015 offseason, at a time when multiple players were toying with fans and speculating their moves with emojis. He then brought two phones to record the Slam Dunk Contest at NBA All-Star Weekend in 2017. Now, we have a new slew of memes, and a new addition to the saga. Hopefully this entry doesn’t have any serious ramifications on Pierce’s life, and we can just enjoy the memes.

UPDATE: As I was writing this, it looks like Pierce woke up, or at least logged on to Twitter, and seems to be taking the situation lightly, at least for now. I guess that’s why he’s the Truth.