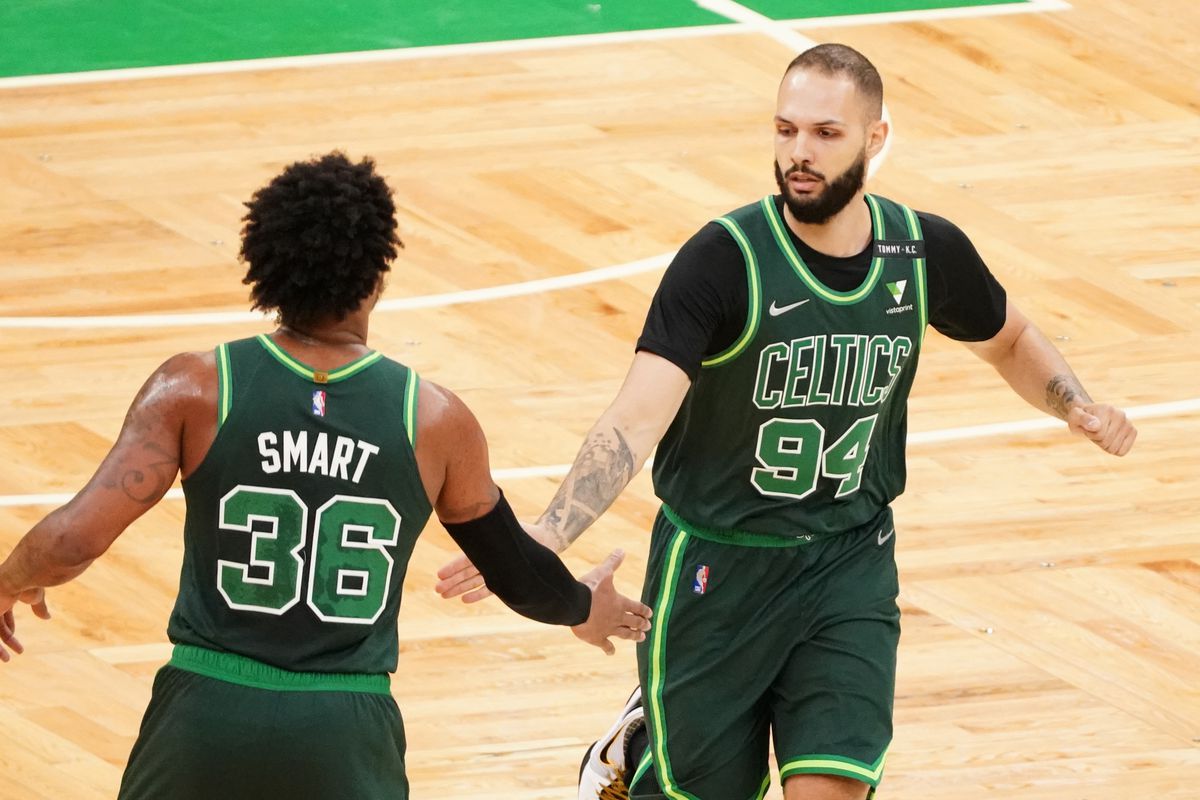 Evan Fournier got out to an unceremonious start after being brought over to Boston but has since turned it around and has started to find his rhythm. In his debut game in green the Celtics fell to the Pelicans, 115-109. In that game Evan shot 0-10 with half of those being from three. He had a team low -12 plus/minus in what was a disappointing game. His second game, another loss, this time to Dallas, he didn’t show much improvement. He finished the game with six points, shooting 3-6, 0-2 from three.

It looked like his slump was going to continue as the Celtics faced the Rockets this past Friday. Fournier went through the first three quarters with only one made basket, shooting 1-6 from the field, his only make being a three in five attempts. The fourth quarter of that same game is when things started really turning around for him. Fournier caught fire, hitting all 7 of his shot attempts, six of them coming from behind the arc. He finished the game with 20 points off the bench and helped to get the Celtics a much-needed win, while also setting a career high of 7 three pointers made in a single game.

Evan Fournier's career-high in 3-point makes was 6 before tonight. And then he went and did this: 6-for-6 from deep in less than 6 minutes during the 4th quarter. pic.twitter.com/MxfAgnUoV7

His hot shooting carried over into the next game, a 30-point win against the Hornets. In that game Fournier shot 5-9 (55.6%) from the field, 4-5 (80%) from three and finished with 17 points, 6 assists, 2 steals, and 1 block. It was a nice overall game for him as the Celtics cruised to an easy win, something that we haven’t had too often this season.

Evan Fournier is so smooth on the offensive end pic.twitter.com/gowg7PNKu6

So far Evan has been coming off the bench, including in the game that Jaylen Brown missed. Danny Ainge brought him in with the hope that he can keep the offense flowing when the starters come out of the game, and although it took some time, in these past 5 quarters Fournier showed that he’s able to do exactly that. He has the ability to get hot quick and knock down all kinds of shots, whether it be off the dribble, catch and shoot, coming off of a screen, or taking the ball to the rim.

Obviously, it’s nice to have another person who can score, but having Fournier on the court also opens up the floor for other players, making the offense flow a little easier for everyone. He’s just another player that defenders have to respect, and he’s more than comfortable with the ball in his hands so his teammates can trust that he can find them when they’re open if he doesn’t have an open shot himself. His assist and rebound numbers are a little low, both at 1.8 per game, but he’s never had great numbers in either of those departments. It’s something he can hopefully improve upon, which his six assists in Charlotte last night may have hinted at. 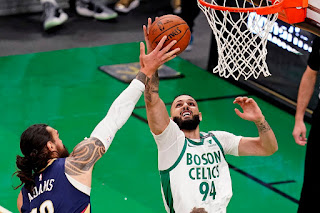 Beyond his offense, he’s also been a plus on the defensive end. He has he size that Danny and Brad have been looking for in their wings which helps keep the defense simpler by allowing for easy switches. It’s a small sample size, but at this point he’s averaging 1.3 steals per game and 0.8 blocks per game. Every Celtics fan knows just how bad we’ve been at defense this season, so if Fournier can continue to contribute on that side of the floor the team may actually start to see a few more games go into the win column.


Fournier was expected to improve things for the team this season, but he was never meant to be the determining factor as to whether this season had a chance at success. Having him on the team gives a little more hope at a playoff run (assuming they make it), and assuming the Celtics can stay healthy (which is a big assumption), they might actually have just enough depth to be a threat. No one expects them to defeat the Nets, and although they’ve had a lot of playoff success against the Sixers in years past, this season may be a bit different if they end up facing each other again.

That being said, if everything somehow goes right, which admittedly hasn’t been the case for a long time now, they might be able to give the top of the East a run for their money. Again, I don’t want to set expectations any higher than the 2nd round, if that, but it’s clear that Fournier can make an impact off the bench and make the team a little more competitive this year and in the future. Judging by his brand-new Celtics green Mercedes it seems like we might be seeing him in Boston for a few more years.