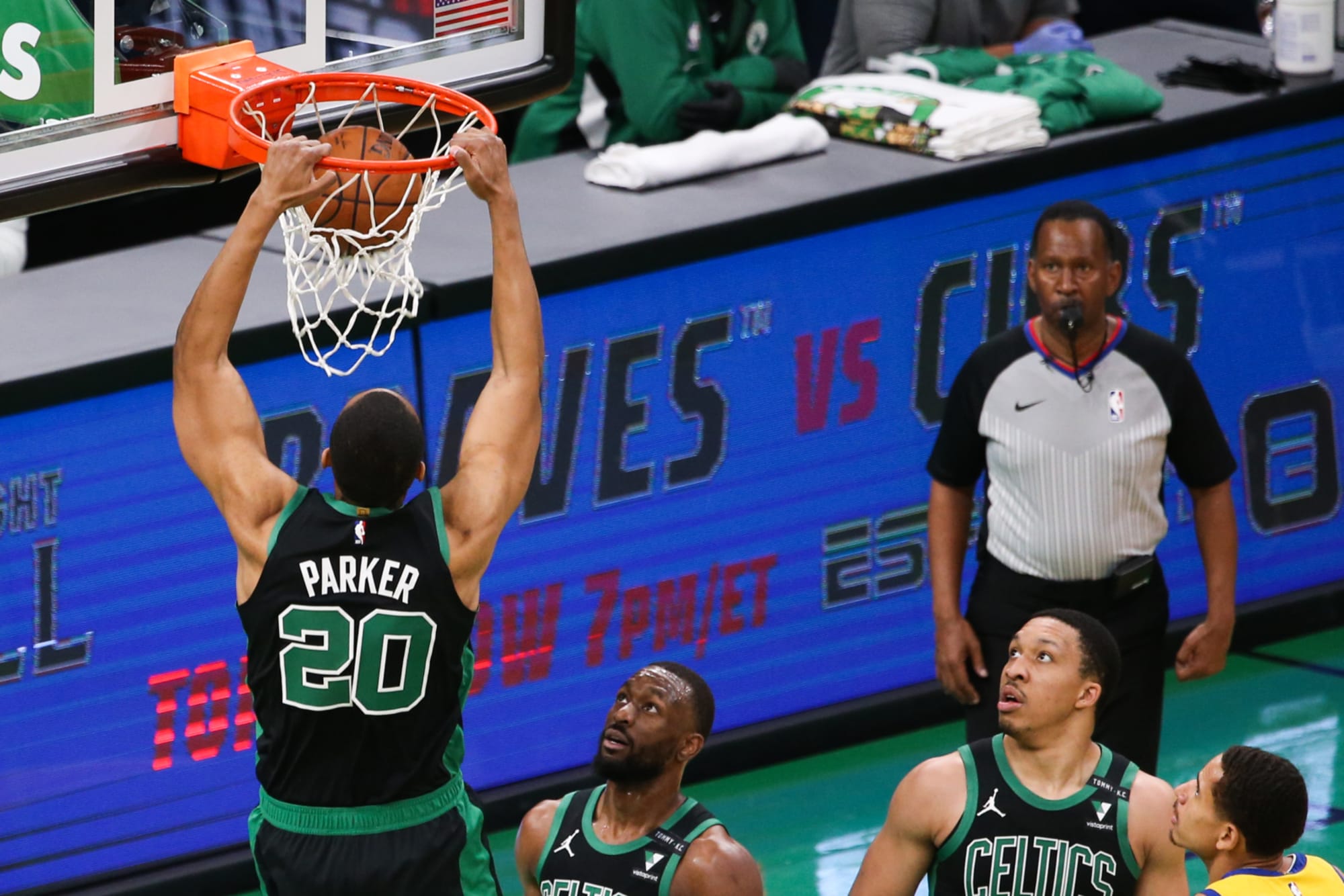 Celtics fans were very split on the signing of Jabari Parker this past week. When he signed, I wrote a blog on why I loved the signing for Boston at this time, and two games in I feel the same way. Obviously we have seen just a small sample size so far, but what we’ve seen has been encouraging.
Jabari’s biggest flaw by far is his lack of defense, specifically his lack of effort on that end. Through two games, he has at least shown that he can put in the effort to defend. The effort could be there fir a number of reasons; one, he has probably realized that his effort on D is why teams have traded or cut him and nearly booted him out of the league completely. Two, it’s fairly well known around the Boston locker room that defense is what will earn you minutes from Brad, and three, he could just be trying to impress during the honeymoon phase of his signing. He has not been great defensively as he struggles with helping from the weak side on drives. Most of his defensive struggles in his two games are a result of him having had no practice or chemistry with the rest of the team. The miscommunications should get smoothed out over the next couple of contests but Parker will likely continue to struggle on defense at times as that is just who he is at this point. If Jabari can maintain his effort on defense and on the boards both offensively and defensively he will have been a great signing by Boston. Brad and Danny brought him in to score.

It’s likely Parker will cut down on some of these mistakes tonight where he has no idea they’re switching and leaves a shooter completely wide open. But the plays where he’s out of position to help on a drive or at the point of attack or on rebounds has been there forever. https://t.co/H3E9VOYkMo

Jabari Parker has been surprisingly good at hitting the brakes on hard close outs so he can get a hand in front of a shooter without jumping out of control or even getting off balance if the shooter attacks. Makes a ton of help/coverage errors but that’s been a small plus.

Speaking of scoring, the late season addition posted 11 points in his first 13 minutes as a Celtic. That matches Semi’s previous 8 games in nearly 50 minutes and was 6 points shy of Gran Williams’ previous 8 games over around 170 minutes of game action. That is what he was brought in for and Brad showed confidence and trust in him that he hasn’t in the latter two all season long. He has shown a knack for coming up with offensive rebounds which are winning plays, and can get to the line as it looks as though he’ll do the majority of his work in the paint. Stevens even called an after time out play designed for Parker in the post during crunch time minutes against Golden State when Jayson Tatum had 40 points, and it was successful. The play showcased what Jabari Parker can do as he got it on the block and just did his thing.

Here was Jabari Parker’s most impressive bucket from his Celtics debut. Out of a timeout, they ran a play that got him a duck-in near the restricted area. From there, he just went to work. pic.twitter.com/Q9tGlG2M1H

I for one am excited about the possibilities with the whole squad healthy (if that ever comes to happen). The playoff rotation should look like this;

The second unit with Jabari, Pritchard, and Fournier is suddenly a good scoring threat.