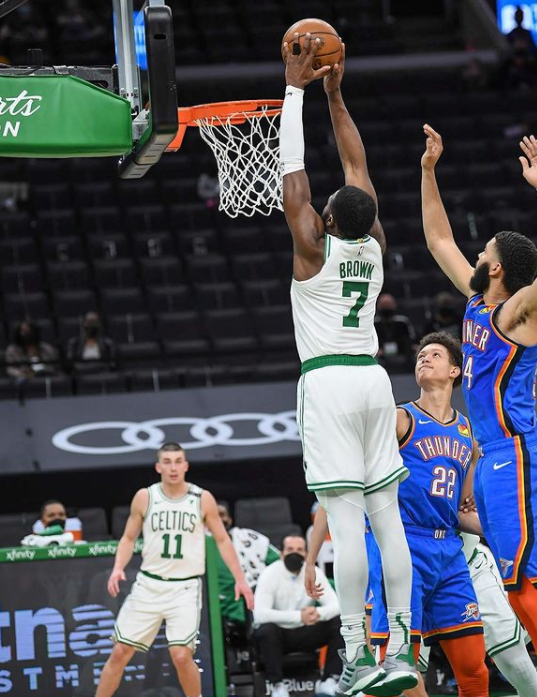 OKC pulled out a 119-115 win over the Celtics in Boston. The Celtics were without Jayson Tatum due to an ankle injury, and Kemba Walker due to an oblique injury. This is Boston's 30th loss on the season as their record now stands at 32-30.
The shorthanded Celtics were led by Jaylen Brown as he had a game high 39 points to go along with 11 rebounds. JB shot 13/25 from the field, and played extremely tough to try to get the Celtics the W. Payton Pritchard was a huge reason we were in this game. PP had 28 off the bench in 30 minutes. The young rook had an efficient game shooting the ball as he shot 9/14. Payton got a bigger role than usual with the injuries, but he has been showing that he can hold his own in the NBA.
OKC had a collection of players do their fair share of scoring tonight, but it was Lu Dort who led the way for the Thunder with 24 points. Lu has been having a solid second year in the league as he has improved his game tremendously. At just 22 years old, he has a lot of room to improve even more, and he'll be super fun to watch in a few years.  Darius Bazley also finished with a double-double with 21 points, and 10 rebounds.
The Celtics won't have much time to dwell on this loss as they're back at it again tomorrow night at the Garden. They're going up against Terry Rozier and the Hornets again at 7:30.
Read more from George Dimis HERE!
Follow me on Twitter: @GWDimis 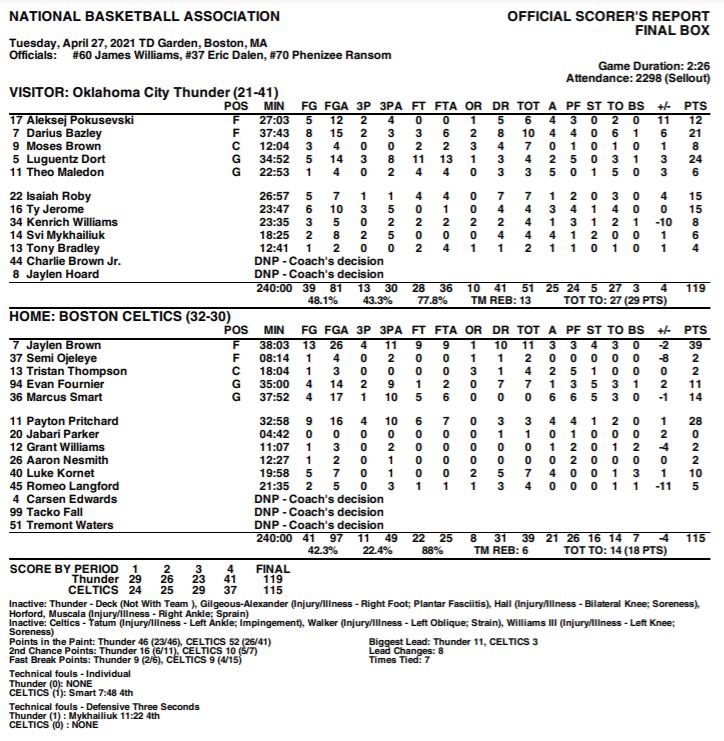