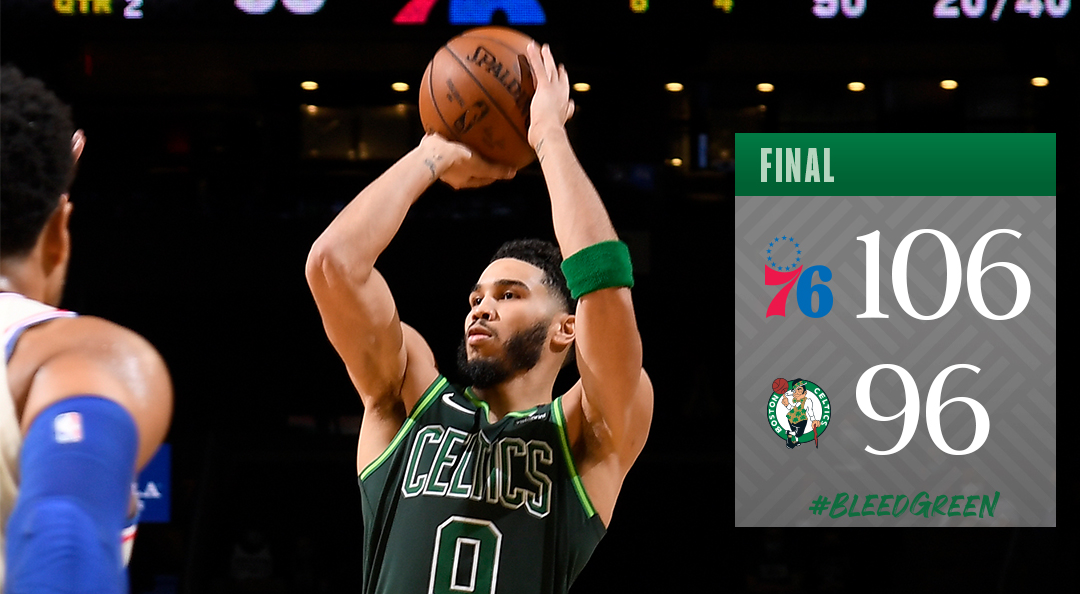 Well so much for those last two impressive games I suppose. Fortunes took a turn for the worse when we heard that the recently acquired and red hot Evan Fournier would be out this week due to COVID Health and Safety Protocols and then things just spiraled downward from there. The final score tonight was 106-96, but that doesn't do the game justice. Philly controlled this one from the start.

Joel Embiid beasted on the Celtics for 35 points and got to the line at will (16 for 20 on FT's). The Celtics on the other hand didn't start getting to the line until garbage time. Starting center Robert Williams fouled out in 14 minutes. Jayson Tatum was the only Celtic to crack 20 points. His 20 were followed by Jaylen Brown's 17 and Kemba's and Smart's 14 apiece.

Not sure what happened since this weekend, but the C's went from finally sharing the ball and winning big to totaling more turnovers than assists tonight. Hard to win that way. With this loss the Celtics now have been swept by Philly in the season series. The Celtics will look to get back on the winning track tomorrow night when they host the Knicks. New York and Boston currently sit tied for 7th place in the East with records of 25-26.

The Celtics have 58 FTA vs. the 76ers this season.

Joel Embiid has 56 FTA vs. the Celtics this season.

Perk taking some shots at the franchise https://t.co/7eSYkKfOnT

Brad Stevens on Rob Williams' rough night against Joel Embiid: "Rob's got a lot to work on...(Embiid) did that to everybody on our team." 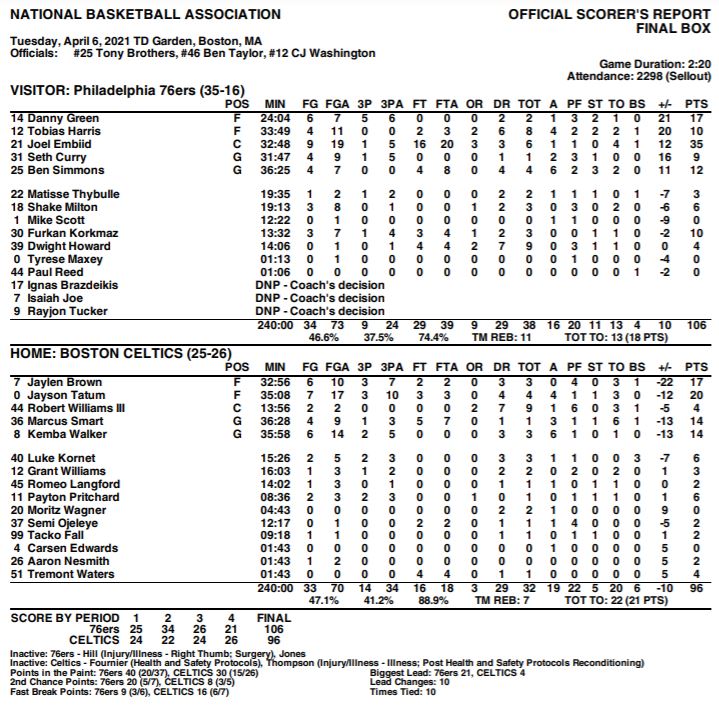