Boston pulls away with 101-99 victory over New York 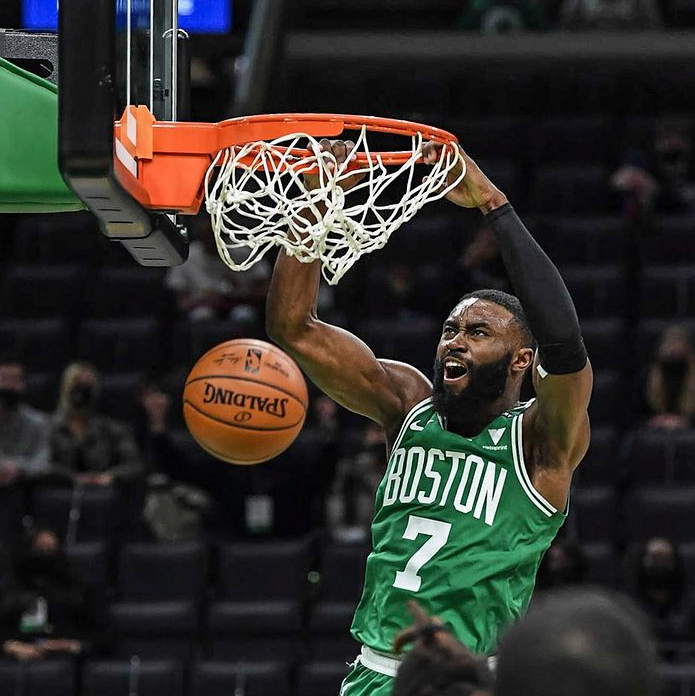 The Celtics pulled out a tough win against the Knicks at the TD Garden. The Knicks, who have shocked many people this year, fought until the very last whistle, but in the end it was the Celtics pulling away with the 101-99 victory. The C's improve their record to 26-26.
Jaylen Brown and Jayson Tatum combined for 57 points against New York tonight. JB had 32 points and 10 rebounds on 12/26 shooting. Jayson Tatum had 25-10-5 on 10/21 shooting. The young duo continues to perform at a high level which makes this offseason very interesting. What pieces will Danny get to work alongside the Jays? Should be a very exciting few months coming soon.
Marcus Smart did a great job moving the ball to finish with 9 assists. Smart also had a couple big shots in the final minutes which was huge for Boston. Great way for Marcus to finish this game. Timelord had just 6 points against New York, but was able to come away with 10 rebounds, and 2 blocks.
The Knicks were led by their first time all-star Julius Randle against Boston. Julius had 22 points to go along with 9 rebounds, and 6 assists. RJ Barrett had 29 points in this game. The young guard is improving and developing a solid game. Once he gets more consistent, RJ will be a problem in this league.
The Celtics will be back in action Friday night against the Minnesota Timberwolves. The T-Wolves currently have the worst record in the league, but got some exciting young players to watch so it could be an interesting game. That game will tip off at 7:30 at the TD Garden.
Read more from George Dimis HERE! 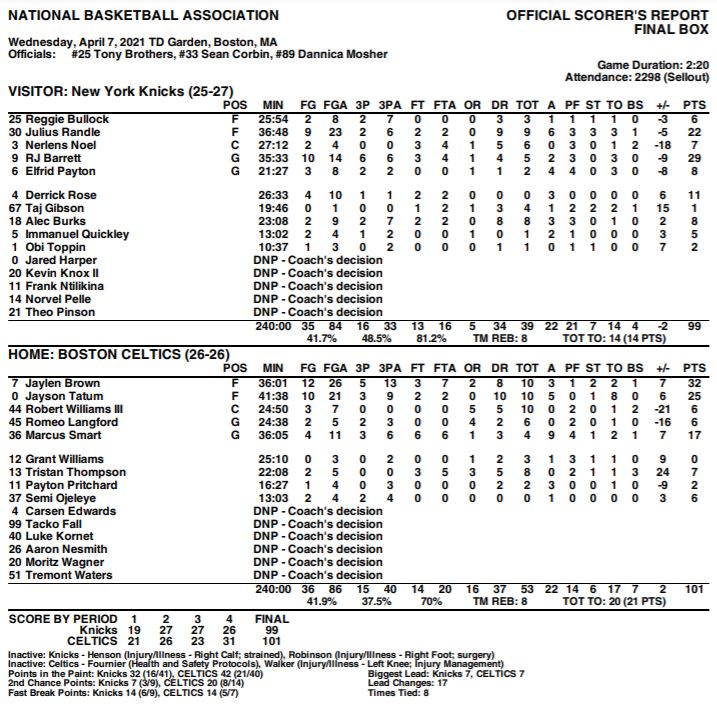