Battle of the 10th spot in the playoff rotation 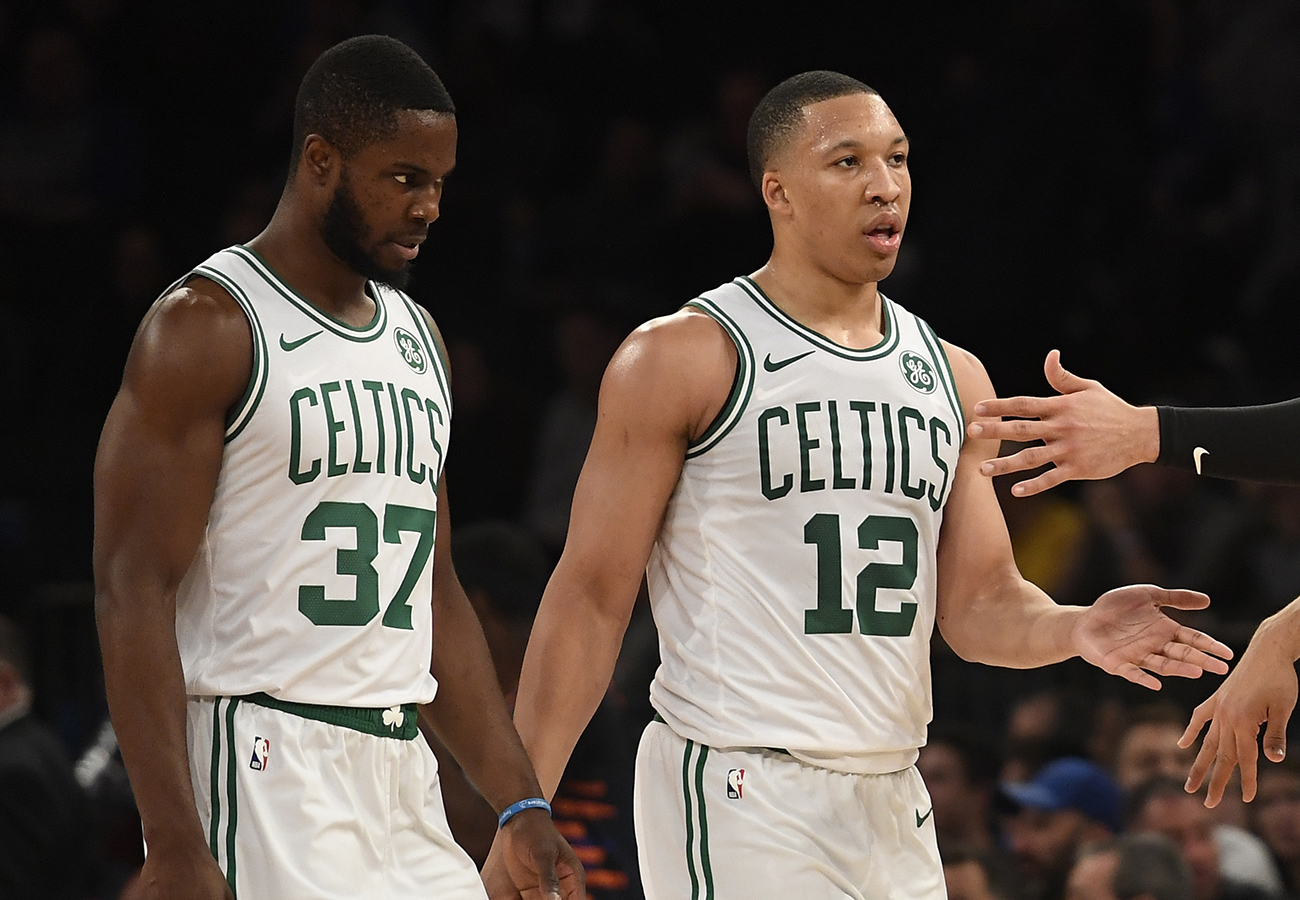 The way I see the Celtics playoff lineup shaking out based on Brads rotations in the more meaningful games this season and with a mostly healthy roster is like this;
First five- Kemba, Smart, Brown, Tatum, Rob
Bench Rotation- Payton, Fournier, Romeo, X, Thompson
Out of rotation- Nesmith, Kornet, Tremont, Tacko
As you can see I left out three Celtics players. Those three are Grant, Semi, and newcomer Jabari Parker. I left them out for a few reasons. First, I think Jabari will absolutely play in every single playoff game, so why did I leave him off the second five? I left him off because I think one of either Semi and Grant will play in games too but Brad won’t go past that 10 man rotation much in the postseason. Both of them will likely get DNP’s in a couple games as Brad tries to tighten that rotation, but I believe that certain moments will call for Brad to go to one of either Grant or Semi and that is where the battle will come in.
Some games will force the C’s to go small making it likely that one of the aforementioned big wing hybrids will get meaningful minutes. For that reason, as it stands, I think Grant would see the majority of those “small” lineup minutes. Grant is a suitable five in a small ball lineup as he can take advantage of smaller defenders in the pain area on offense as a last resort or mismatch attack. Ultimately though, those minutes will be determined by who can establish the most consistency the rest of the way. If semi comes out the last eleven games of this season and gets hot with those corner threes and plays solid on-ball defense, he could be the one to see those minutes. Either way, Jabari Parker will be the offensive plug in when that side of the ball is needed, and the one who’s earned the most trust from Brad between Grant and Semi will be the defensive plug in.