Who Rocked It Best? Number 28

This week on Who Rocked It Best? let's take a look at some key utility guards in the C's past, who wore the number 28: Sam Cassell, Tony Delk,  Mikael Pietrus, and Quinn Buckner.
Cassell is a three-time champ who won twice at the start of his NBA career with Houston ('94 and '95), and then again with the Celts ('08) at the close of it.  At age 38 in March '08, Sam I Am was waived by the Clippers, then joined Boston as a midseason signee and playoff reinforcement along with P.J. Brown.  He provided a steadying presence in both the locker and on the court, backing up Rondo and Ray Allen in helping cap the Celtics' Banner 17 campaign.  Cassell would hang around for the '09 season, but did not play a minute as he basically interned as an assistant under Doc Rivers in preparation for a coaching career.
Delk was acquired by the C's in 2001 in an era when the franchise valued Kentucky products highly (Antoine Walker, Walter McCarty, and Ron Mercer - who actually preceded Delk's tenure in Beantown).  A two-way guard who once scored 53 points in a game (as a Sun), Delk arrived in Boston less offensively-explosive and more steady-Eddie in either starting or backup capacity.  He played two seasons for a Celtics team which featured rising stars in 'Toine and Truth, and provided them with some grounding and identity.

In contrast to Delk, Pietrus injected some energy and fun for the C's, after signing with the team as a free agent in 2011.  Jumping into the closing window of the Truth/KG/Ray Big Three era, the multi-positional (3/2) and athletic Pietrus was a good shooter (career .355 3FG), who backed up Pierce and Allen.  His stint in Green, however, was cut short when he suffered a grade three concussion in March 2012, sat out the rest of the season and playoffs, and did not get renewed.  During his time in Boston though, the oft-jovial French import (by way of Guadelupe) offered fun and exciting moments for C's fans.

Buckner was acquired by the Celts from Milwaukee in '83 for a comebacking Dave Cowens, who originally retired with the C's in '80, but wanted to try a return then at age 35.  While Cowens had the more exceptional career, Boston got the better end of this exchange as Buckner served a more fruitful role as a utility (1/2/3) player for the eventual '84 champs.  A steady playmaker and solid defender, Quinn is also just one of eight hoopsters in history to have won an NCAA title (Indiana), NBA championship, and Olympic gold ('76).
So CelticsLifers, Who Rocked the 28 Best?  Let us know! 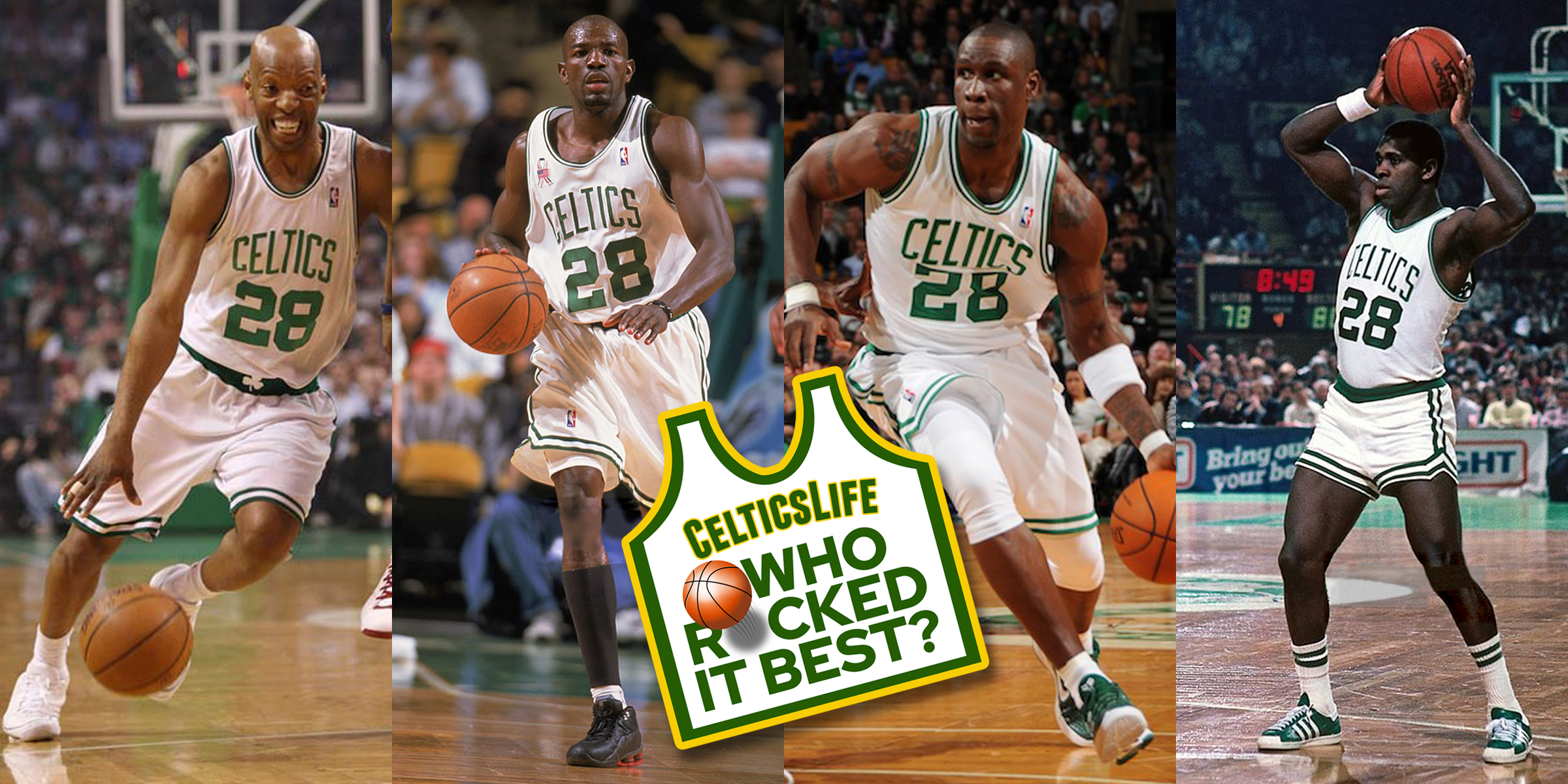