The Celtics couldn't finish again, as they fall to the Jazz 117-109 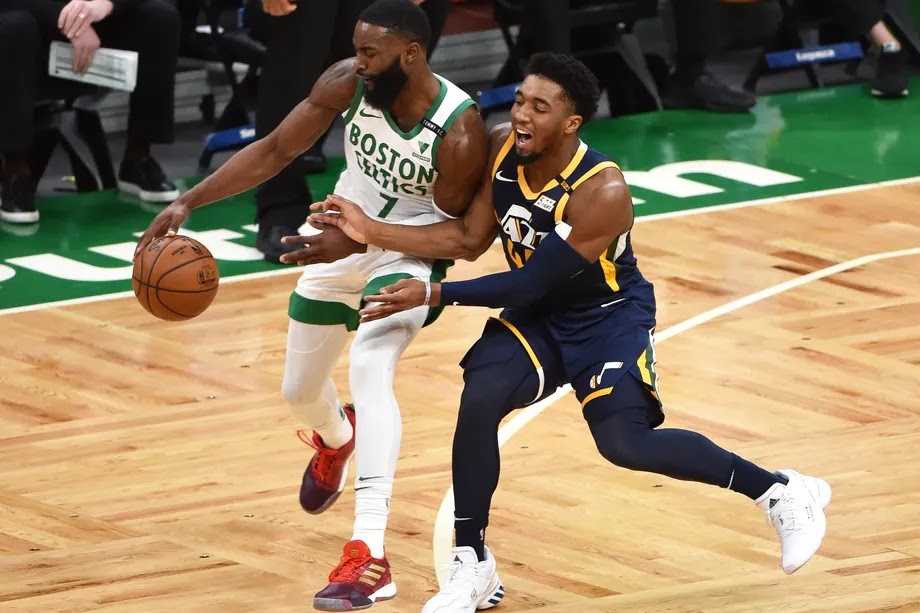 The Celtics start the game off well, but ultimately fall short due to the same old problems. They lost to the Jazz 117-109 tonight despite great offensive games from Jayson Tatum (29 points and 3 steals) and Jaylen Brown (28 points/5 rebounds/7 assists). This game looked similar to their previous Jazz game where they hung in there for a while, but couldn’t hit the big shots in the end. The Celtics look like they have a lot of problems to solve still, as it was a very disappointing loss with a near fully healthy roster.

Brad Stevens believes the Celtics can make the game more difficult for themselves at times.

“That’s not referring to, like, a desire to do that. It is just we don’t read (the game) as quickly right now.”

The Celtics played a pretty two-sided first half, but it was overall decent. They Cs came out strong in the first quarter with a 14-5 run to start, backed by overall great basketball from Kemba and Jaylen. They started out playing strong defense in the first quarter, holding the Jazz to a first quarter season low of 20 points.

The Celtics then went on and lost the second quarter. The Jazz started gaining momentum through three straight Jordan Clarkson three's to put them up 36-33 at 7:51 in the second quarter. At this point, the Celtics we’re getting most of their buckets through good ball movement and two point shots, while the Jazz we’re scoring mostly off of threes (10 threes in the first half). The Celtics looked like they were handling the Jazz pretty well, but were still trailing 54-53 because of a late foul call. Jaylen had 12/3/3 at half, Tatum had 9 points and three steals and Theis had a solid 11/7/3. The Celtics also had 15 assists at the half.

The Celtics struggled badly in the offensive end for most of the third quarter; no one besides Tatum and Theis could get anything going. After a 3 minute scoring drought and a bullshit foul call, the Celtics went on a 11-2 run to close out the quarter with a 79-77 lead. Tatum scored 14 in the quarter.

The Celtics just couldn’t get anything going for a while in the fourth quarter. Brown and Tatum hit some big buckets through the fourth, but the Jazz kept coming back with answers of their own all game. There were a couple brutal misses down the stretch from Marcus Smart, who had one of his worst games in a while. Donavan Mitchell pretty much closed us out in the end, finishing with 21 points. Jordan Clarkson also had a dominant night on the bench with 20 points. The Celtics just weren’t that great in the end on either side of the ball. Their fourth quarter struggles continue. It's also fair to note that the Celtics had four free throws this game to Utah's 24.

The Celtics had no answers for Gobert this game, and our offense wasn’t great down the stretch. There was very little bench production throughout the way, while we also saw some weird lineups in the game. Different game, same old story for this Celtics team. The issues that have been arising keep becoming more and more noticeable. There were some solid individual performances, but they just can't put it all together as a team. They have a lot of work to do.

The Celtics play again tomorrow night in Clevland against the Cavs at 8:00 EST.