If we're being honest with ourselves, Ainge is likely better served waiting til the summer to use the TPE 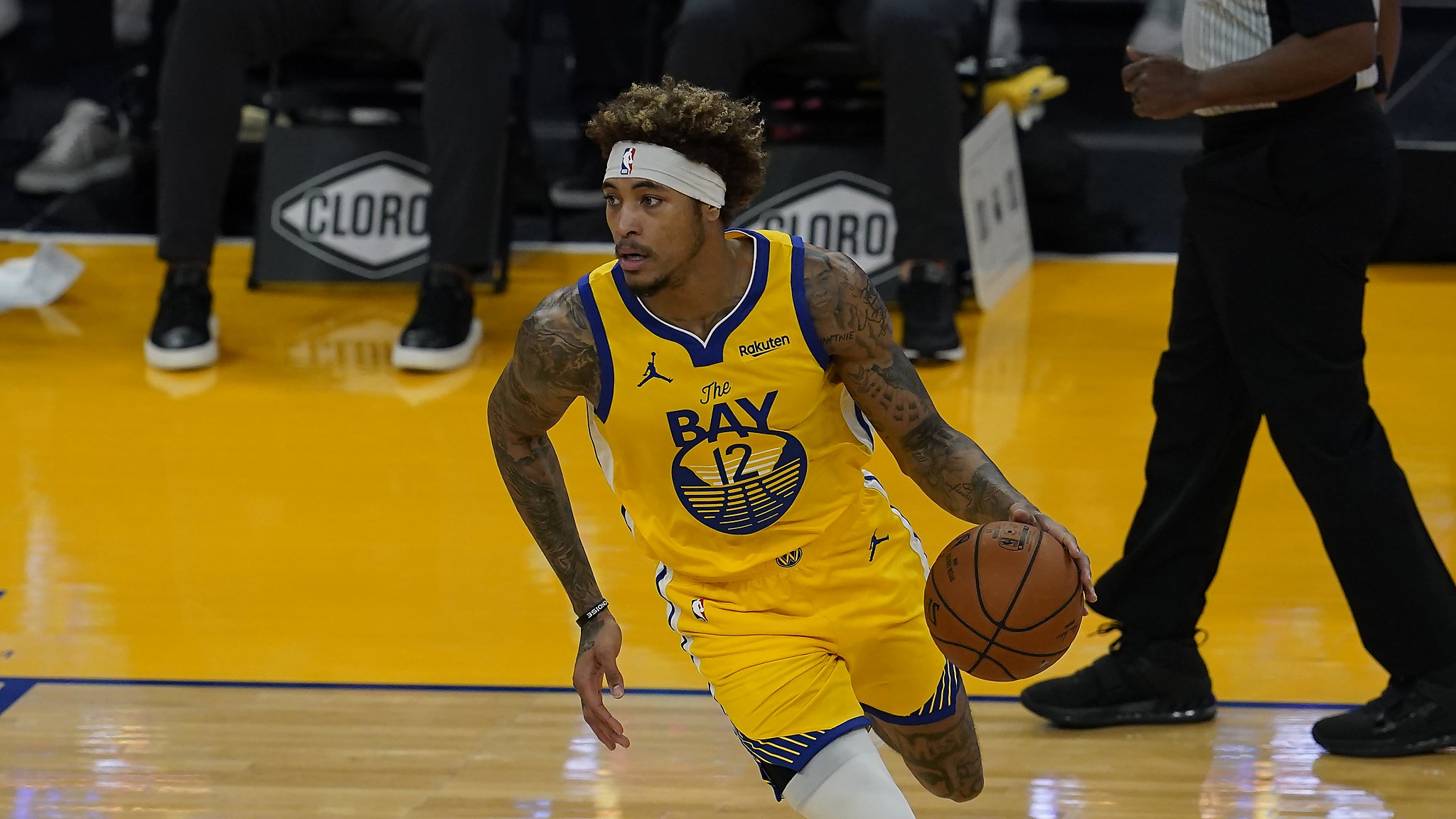 I know a lot of Celtics nation got very excited when the Celtics traded Gordon Hayward and two second round draft picks to the Charlotte Hornets for a massive trade exception. The majority of those people weren't fans of Hayward and many looked at the trade exception like it was cap space where you could just add anyone. Danny Ainge said at the time it likley wouldn't be used until the trade deadline or this coming summer.

Eventually I believe people have come around to learning that in and of itself the TPE has no value. You can't ask for a star and when they respond, "Well what do we get in return?" your answer is "Nothing, but because we have this TPE, you don't have to take any contracts back. Then there is the issue while the TPE might be close to $30 million you actually have less than $20 million you can use. So if you wanted to acquire a player that a team was willing to basically give away like Andre Drummond, he wouldn't fit in the TPE. 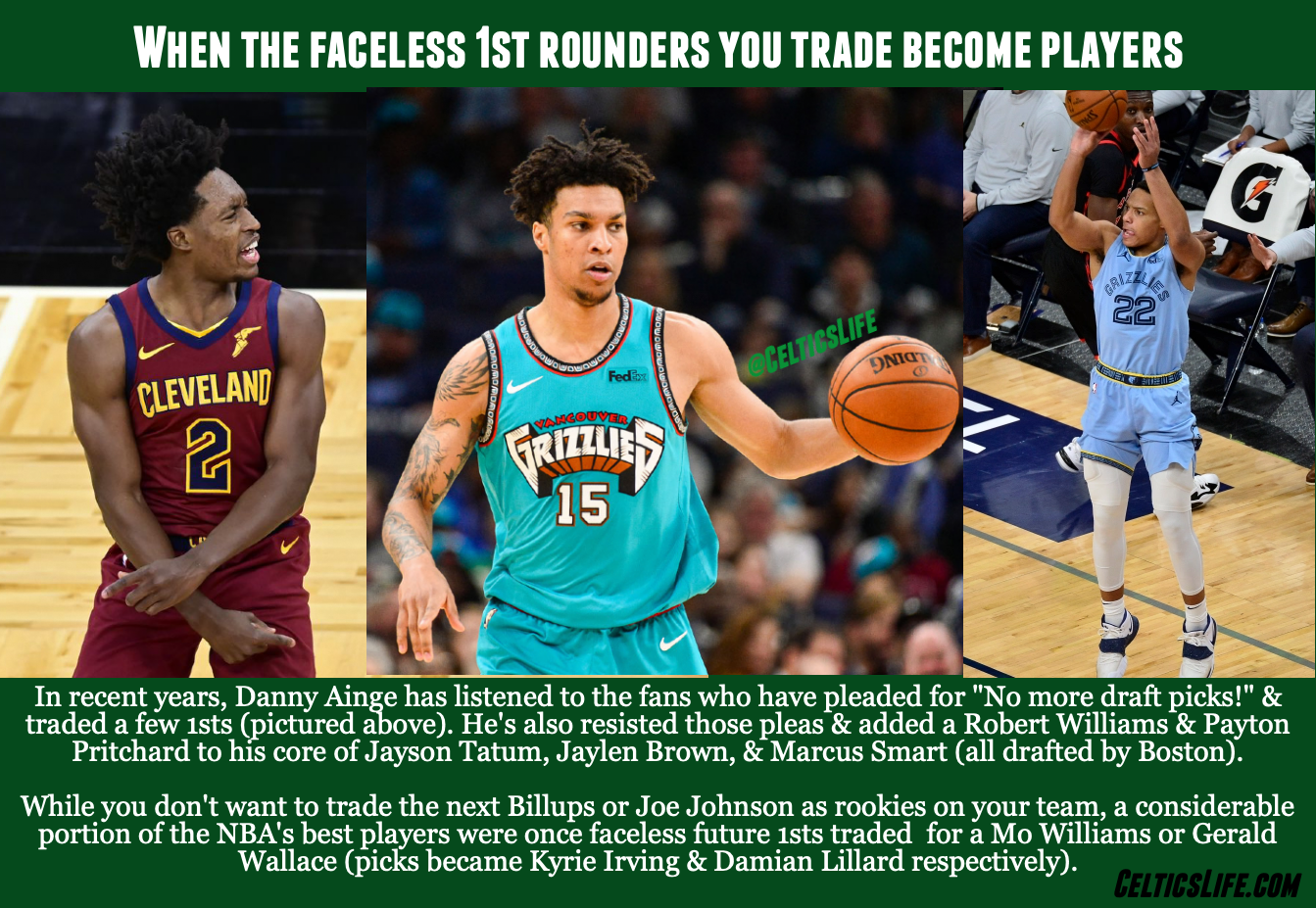 The trade that is most often referenced as the most you could expect to get from a TPE, is the Warriors recent acquisition of Kelly Oubre. Oubre had a very solid year for the Suns last season, but was part of the package traded to the Thunder for Chris Paul. The Thunder's GM Sam Presti, who I have a hunch as been itching to rebuild for a while now and see if he can draft another quartet like Durant, Westbrook, Harden, and Ibaka again decided they'd be better served flipping Oubre to another team. Part of this is the whole reward tanking thing I hate about the NBA. Keeping Oubre would get you more wins and if you want to rebuild through the draft wins are your kryptonite.

The Warriors who continue to do a great job retooling their team after Durant chose to leave, used their large TPE to take on Oubre's contract and the Thunder received a conditional 1st rounder, a 2nd rounder, and also of importance no players back. Trades like this are much easier to make in the offseason. But also keep in mind that Oubre is considered the ceiling for a deal like this. Sometimes teams use a TPE to absorb a bad contract or a lof of them simply expire.

When Ainge says not to expect the TPE to be used until the offseason, it can be both a smokescreen but also the truth. You don't want to sound desperate to other teams. But in terms of deadline vs the offseason, I think buyers overpay at the deadline and get deals in the offseason. Take for example Dāvis Bertāns of the Wizards last year. He was an expiring contract, but teams wanted him because of his 3-point marksmanship. The Wizareds demanded two 1st rounders for him and he was never traded. So the Wizards demanded two first rounders for an older guy you'd have for possibly less than a year, while Presti who is considered one of the shrewdest GM's, settled for just one (conditional at that) first rounder for a younger, better player in Oubre, who you were guaranteed to have for longer. 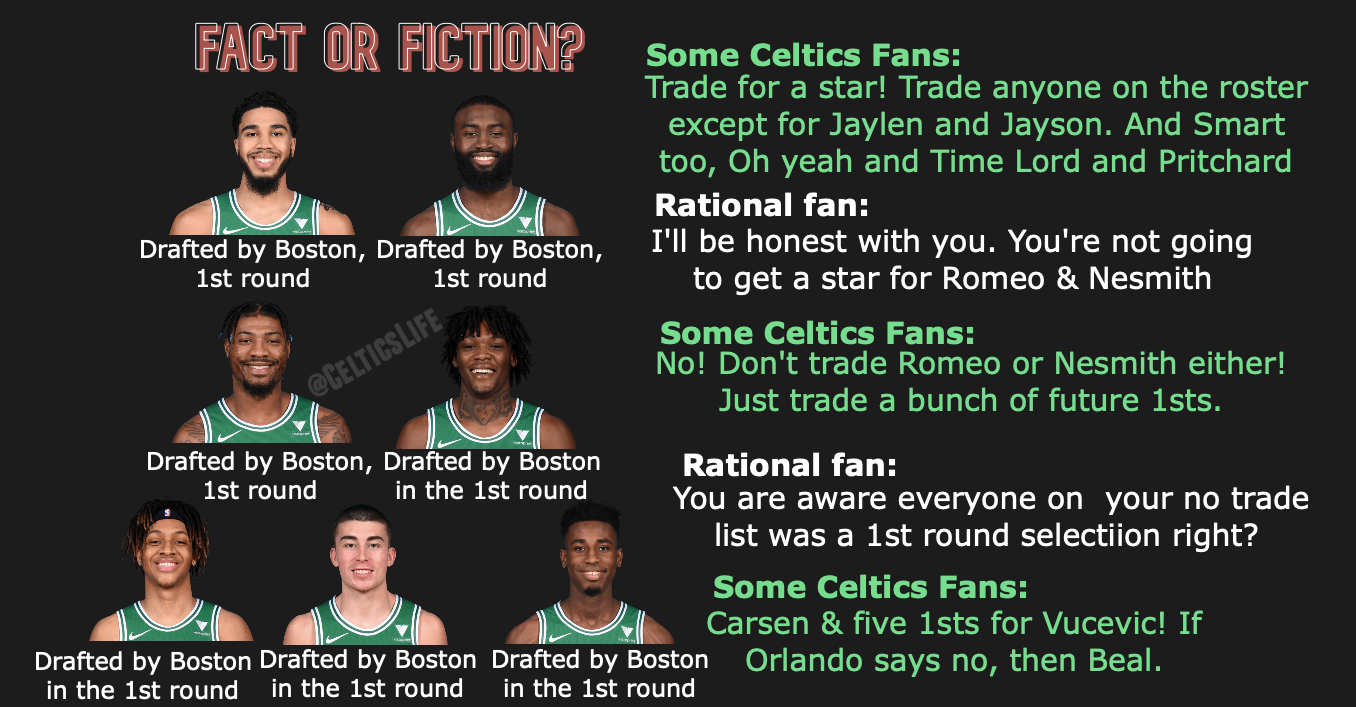 It's very easy to get attached to your own players as fans. I was only able to watch the first ten minutes of the Forsberg interview below, but it seemed like the guest was even scared to name a name like Grant Williams as a potential trade piece. So you can imagine if it would take guys like Marcus Smart, Robert Williams, and Payton Pritchard to get a deal done now why you don't see many people brave enough to deal with angry fans to suggest trades that don't just include the TPE and future picks. There is no personal attachment to a future draft pick, but rest assured all the guys fans and Boston sports media don't want to trade today were once just a future draft pick that they wanted traded.
Even the Nets pick people wanted to trade for Al Horford a few months prior to free agency, Josh Smith, DeMarcus Cousins and so on. And the "we don’t need any more rookies crowd" also wanted to trade the pick that became Robert Williams. And almost everyone wanted to trade the pick that became Payton Pritchard.

So while you'll get more retweets and likes and less hate in your mentions by suggesting trading a couple future firsts then you will a Nesmith or Romeo, that's just because of the future Jaylen's, Jayson's or Pritchard's have no faces attached to them. Their pics instead show "2021 1st round pick" and "2022 1st round pick."

It's a reach to think even if Ainge paid the inflated price to get an impact player in the next two weeks, that Boston would win a title this season. It will take a MAJOR upset for Boston to get by Brooklyn to make it to the Finals. And just assuming we'll get past Philly with Simmons this year or the Bucks or the Heat or whomever is dangerous.

The best player you could conceivably get right now in a trade would be Nikola Vucevic. But even if you were willing to meet Orlando's demands and trade Time Lord, Smart and a 1st for him, or Time Lord, Pritchard, and two 1sts, I don't think that team wins a title this season. If you want Vucevic, you trade for him in the offseason when you can get him for less and you have time to move the necessary other pieces around to have a balanced roster. Most likely a Vucevic addition would go hand in hand with Kemba being moved. That's not something that can be done right now.

So besides the fact that the Celtics might have a little bit better of a puncher's chance at a title this season if they pay the inflated price for a player now it’s not really the wisest move. It would be like if the Celtics traded a Nets pick to the Hawks for Al Horford in 2015 so they had a better long shot chance in that playoffs.

Some thoughts on what Ainge said today on Toucher & Rich on a potential deadline deal https://t.co/xVLGPXC9v1 pic.twitter.com/zQgw3yMNXF

The last three first round picks Ainge has traded became Collin Sexton, Brandon Clarke, and Desmond Bane. So it's easy to say just cough up a couple 1st for Harrison Barnes, but you best be sure Harrison Barnes is enough to get you a legit shot at a title. Because after that you have no picks to trade for years. And you best be sure Barnes doesn't regress and miss moire games as he approaches and hits 30 as many of the other free agents Boston has brought in have. Also when the Celtics have to trade a Marcus Smart because they can't afford his salary tax wise with all the other big contracts you have to be fine with that.

The fear with a TPE is it expires unused. The real fear should be that the pick or picks you attach with the TPE end up becoming much better than the player you get in return. Or the player ends up becoming a negative asset due to age or injuries. There was a time when people said that Harrison Barnes was overpaid. Those are the guys you have to attach a 1st just to get rid of. And I strongly caution that unless you're doing that in connection with getting the signature of a superstar to sign on the dotted line in free agency thats never wise.

On the flip side this offseason there will be a team as there always is that needs to clear cap space to sign the apple of their eye. Let's say someone wants Oladipo, but they don't have the cap space. That's when Boston can swoop in and offer to help them out by taking back a contract packaged with a 1st. And it doesn't even have to be a bad contract. Just someone the other team feels is expendable in order get their main target. These deals tend to be quickly consummated since everything si fast and furious in the free agency signing period. So you could end up with a player who isn't much of a step below Barnes while getting a 1st as opposed to trading a couple.


Also at the draft its a better time to use the TPE. Ainge is a risk taker so he more inclined to trade a pick before exact slots are known, but not every GM is like that and I’d say most aren’t. When a team finds out their pick will only be let's say #16 instead of a top pick, that's when that team is much more likley to trade that pick in order to rid themselves of a contract so they have the cap space to sign a free agent.

Alternatively if you really hate the idea of the Celtics drafting another young player, Ainge would have more options to choose from if he wanted to trade a 1st at that time. Ainge gives up the 1st alone with no salary for a good to very good player that the Celtics can absorb with the TPE. Ainge gets a good player for just a 1st while the other team gets a 1st and financial flexibility to sign a free agent.

In order to add a C the Celtics will have to say goodbye to at least one T https://t.co/IuTkSTY69t pic.twitter.com/LsM7kXAPvU

So, if we're being completely honest with ourselves, the Celtics are likley better served waiting til the summer to use the TPE. If we looked like more of a favorite this year and an overpay at the deadline in picks would more or less guarantee a title this season then that would be one thing, but I cautioned that we were one player away with last season’s roster. Losing Hayward makes us two players away. If your goal is for this Tatum and Brown era of Celtics teams to win championships or even just one then the Celtics would be wiser to use the TPE in the offseason than now. I'd say the odds of the Tatum/Brown Celtics era winning titles would actually decrease if they overpay with the TPE now with future 1sts.