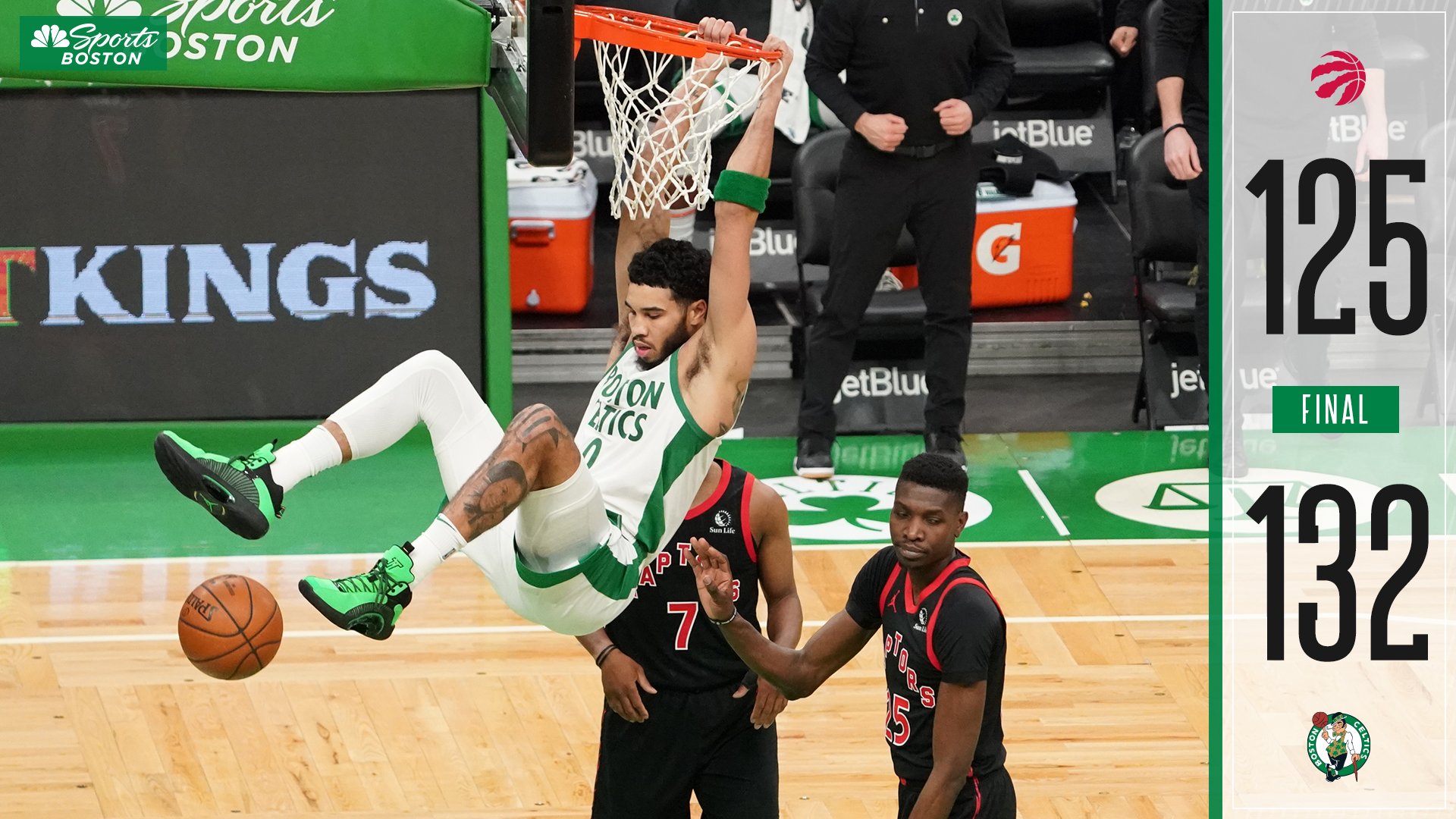 In a surprisingly competitive game from start to finish the Celtics defeated the Raptors Thursday night. Eight Celtics scored in double figures. Due to Health and Safety COVID reasons the Raptors only had 8 bodies for tonight's game but took a lead into the half. Kyle Lowry had 19 assists for Toronto in a losing cause. Grant Williams and Jeff Teague combined for 31 points, so yes this wasn't your typical NBA game. But in the end Boston got the W and that's all anyone will remember down the road.

Jayson Tatum led the Celtics with 27 points and 9 rebounds. Daniel Theis played only 7 minutes as Stevens said it was impossible to play two bigs at once vs Toronto, or at least the players they had available today. And despite Stevens saying Theis remains a big part of the team people will still be talking about this. Will Theis be traded? Was Thompson or Time Lord being showcased? Is Theis now the lowest ranking of the 3?

Stevens it was his decision to keep Theis to seven minutes. "It's impossible to play them with two bigs." #Celtics

Brad Stevens said Daniel Theis is a huge part of the Celtics and they need him badly, but he didn’t think the double-big lineup would work against the Raptors and thought Thompson and Williams were playing well.

Jaylen Brown: "We ended on a good note in the first half (of the season), and I think we’re ready to come out in the second."

Grant Williams talks about his contributions to tonight's win and taking the team's togetherness into the second half of the season. pic.twitter.com/DkHpZ6LzKF 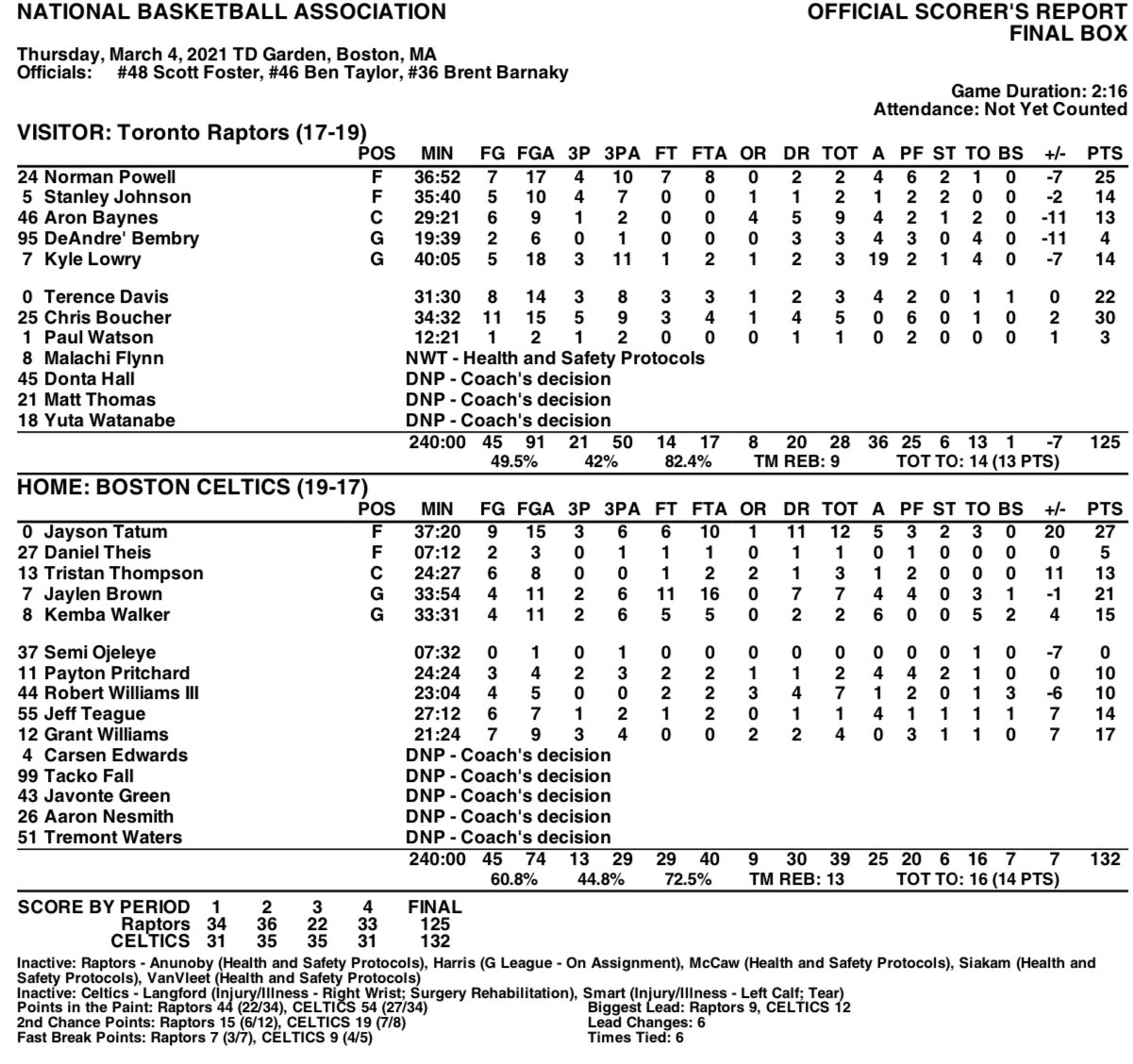