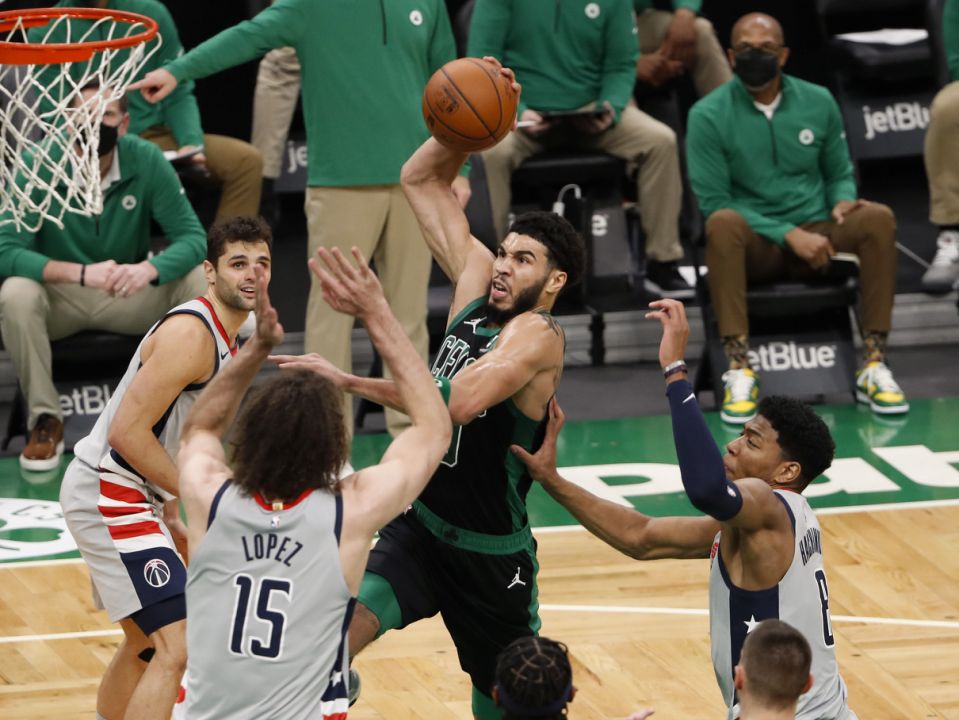 Last night was certainly a must needed win for the Cs. For one, the Celtics have been struggling to close games out all season and recently it seemed like every time games came down to the wire, the Celtics lost in embarrassing fashion. So it was a necessary change of pace to get a win in that situation. Yesterday was also the first time the Celtics won two games in a row since Jan. 24-25, which felt important to do All-Star break. It was also nice to see the Celtics win without Jaylen and Marcus because that required everyone to step up in their own ways. All these things aren’t huge accomplishments, but after watching the Celtics play for the past few weeks you’d get why this is all a pretty big deal right now. Baby steps.

Last night’s game looked like another game where the Celtics had control at some points, but couldn’t hold onto it at the end, a tense situation for all those who placed a bet that night. Luckily, they showed some life in those moments where things looked bleak for once. The Cs were playing at their pace the whole first half, but Bradley Beal consistently dominated that game. He dropped a 46 piece on the Celts with 14 points in the fourth. The Celtics were able to hold a 79-76 lead at the end of the third, but quickly lost it early in the fourth after not scoring a basket from 11:30-8:39. I started to get a little nervous at that point, but then Kemba and Theis checked in. Kemba got assists from Theis buckets on four out of five of the next possessions, keeping the Celtics in the game. Kemba had 6 assists in the fourth quarter alone.

After that, the game was back and forth until the Wizards took a 103-96 lead with 3:38 left. At this point, the Celtics were struggling to score again and the game was trending in the wrong direction. Then the impossible happened: role players stepped up late. Theis hit free throws, Javonte hit a floater on the next possession and Semi hit a crucial three on the possession after that. After the Semi three the score was 106-103 with 2:00 left. From here on out, Jayson Tatum took over the rest of the game.

After Bertans- who was on fire all night- missed a three, Tatum took the ball up and quickly got to work on Beal. I thought this was some beautiful navigation from Tatum here. Started off with a small hesi to get to the elbow, then he did a little inside roll to the paint toward Lopez. It was smart to roll inside because he realized that Lopez was going to be there to switch onto him. Then once the switch occurred, Tatum hit Lopez with a fake like he was going for a layup and fell back into his fadeaway two. Truly a veteran take. 106-105, timeout Wizards.

After the timeout, Robin Lopez hits a hookshot over Semi on a mismatch to bring the lead up to three again. Sure, you live with that one. The next Celtics possession, Kemba quickly took it to the basket and got a pretty clean look at a layup, but missed. Still a little over a minute at this point.

So this Bradley Beal bucket was a tough one. Kemba and Theis did a pretty good job trapping Beal near half court with 7 seconds left on the shot clock, but Beal still got the pass off to Lopez. Lopez then finds Bertans, who then finds Beal beaming down the court for a layup. Green was there to contest, but didn’t want to foul. The Wizards take a 110-105 lead with 47 seconds left and the Celtics call a timeout as they find themselves in yet another tough situation. Someone needed to step up.

After the timeout it seemed like the move was for the Celtics to get an easy two. Tatum passed the ball in to Theis, who then screened Beal which led to Tatum getting by Lopez for his easiest layup of the game. I feel like the Wizards were prepared for the three point shot there, so I’m glad that we decided to go for the layup. On the next Wizards possession, they wore down the clock and got an open Westbrook corner-three, that fortunatley missed. On this play it was clear that all eyes were on Beal and the anticipation for him to do something led to an open shot. Well that and the fact that the Celtics struggle getting out to the perimeter. The Celtics call a timeout after that with 20 seconds left.

This play was scary because I didn’t necessarily trust Semi to inbound the ball, but he got it to Theis so it’s fine. This was an overall ridiculous play by Tatum though. He started from the other half of the court and ran toward Theis who had the ball, but Beal was staying with him. To get Beal off his tail, Tatum kind of faked like he was going to do a dribble hand-off with Theis and then cut the other way. Then as Tatum got a nice look at a three, he drew Lopez over and decided to fake the three and drive to the paint. He got a nice lane to drive in, but Westbrook was waiting for him on one side of the basket and Bonga was coming in from the other side. So what does Tatum do? He throws up a ridiculous reverse layup through the two defenders. I mean that layup makes sense when guards do it, but when someone as lengthy as Tatum does it without getting blocked baffles me. 110-109 Wizards.

So at this point, the game still seemed out of reach for the Celtics because they needed to foul them, hope they miss one of the free throws and then still hit another shot on the other end. Instead, they defied the odds and forced Bradley Beal to turn it over. It was pretty simple, Tatum pressed Beal as soon as he touched the ball and Javonte trapped him so he had nowhere to go. Beal was probably waiting for a foul to be called but he folded under the pressure and stepped out of bounds. Great execution from the homies, Tatum and Green.

So now the momentum has shifted and the Wizards were shaking in their boots. The Celtics subbed in Pritchard for Green for some extra offense after the review, while the Wizards subbed in Hachimura for Lopez. This was another scary inbounds play, but Pritchard gets the ball and swings it to Tatum near the baseline. Tatum takes his time and sets himself up on Beal. At this point everyone knows Tatum is taking this shot. This time Tatum spins to his outside to sperate himself from Beal, meets Hachimura at the rim, adjusts his shot so neither Hachimura nor a trailing Beal can touch it and ultimatley makes the layup. Absolute insanity, Jayson Tatum was unconcious at the end of this game. The best part to me was that he attempted no threes at the end of this game, yet we still won. He’s learning!

The Wizards had four seconds to make something happen after the Tatum shot. The odds were against the Celtics looking at their past experineces in these situations and the fact that Beal had 46 already. Luckily for us, the Celtics were prepared. I saw this video on Twitter that would do a better job of explaining the final sequence, so watch this:

Boston Celtics staff & players recognized and adjusted to the same Wizards play that beat the Nuggets to close out the win: pic.twitter.com/qyO4XgfP38

Now Tatum has the most game-winning shots in the league, but I thought that this was the first time he completely took over a game in the fourth this season. So hopefully the Celtics build off this and finish the first half strong? They got the Clippers next and then the Raptors, but it’s possible that the Raptors game gets postponed due to COVID restrictions. Regardless, the Celtics finally have some momentum and things trending up I’d say. Kemba is playing consistently well, the emergence of Rob Williams is happeing before our eyes and Smart will be back soon. There is still a lot to fix, but there's still time to figure that out. I’m not gonna get too high on these two wins, but it’s nice to see them grind out wins like last night.