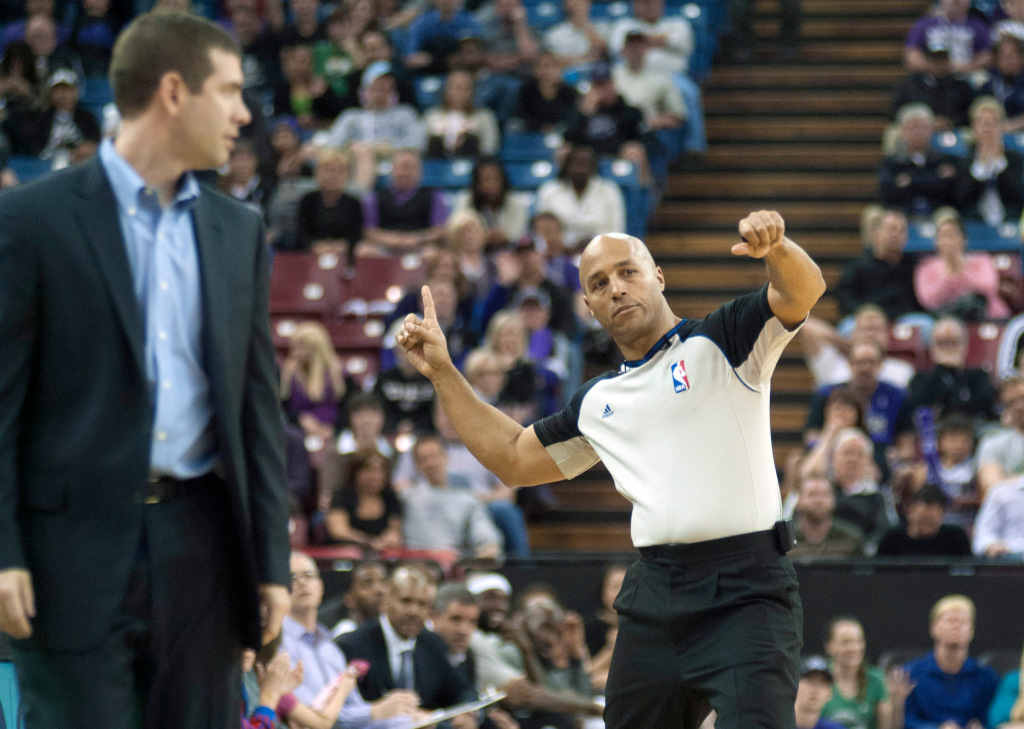 For the record, the Celtics make games hard to watch too. I mean it’s just so typical for them to blow a game like that after playing some of their best basketball of the season in the first half of that game. I’m getting sick and tired of looking for answers about what this team's problem is, so I’ve come to the conclusion that it is literally everything. The players, the coaches, how the roster is built, injuries, COVID-19, negative vibes surrounding the team, etc. It’s been a clusterfuck of unfortunate events and bad decisions that have led to the Celtics earning a .500 record six games away from All-Star break. I don’t know what else to say about it at this point; they’re in a tough spot and things need to change somehow. I think they’ll turn it around, but that’s not why I’m here today. If you are indifferent, or god forbid you like how the referees officiate games, then I’d just stop reading here.

The reason I am writing this post is because I am outraged with the NBA’s rules and officiating. I love basketball, but the constant stoppages have made NBA games hard to watch. I’ll be honest, I don’t know how long fouls and referees have been interfering with the sport of basketball this much. All I know is that people don’t talk about it enough. We’ve all been told to just accept that there’s going to be a ton of fouls and long stoppages of the game, but in reality all these stoppages and constant fouls have been ruining the sport, in my opinion.

I’m trying to write as an NBA fan, not just a Celtics fan today, but I’ll use the Celtics-Pelicans game as examples because that's what I know. I know bad officating happens to every team. Sunday's game was absolutely dreadful to watch, not only because the Celtics blew an inexcusable 24-point lead, but because of the brutal officiating and all the damn stoppages in overtime. The overtime was probably like 40 minutes alone. The NBA has gotten to the point where at the end of almost every close game, the referees have to review at least one thing that’ll take around 3-5 minutes that kills any momentum. I’m pretty sure no one wants to watch players attempt free throws to win games or watch the refs watch replays with two minutes left in the game. We just want to watch basketball!

There were 13 total stoppages of play from fouls and replays alone in the overtime of that game. They were probably correct fouls according to the rules, but it’s just like why can’t they let the little shit go and let them play basketball? The problem is that when they start calling weak fouls, they have to call them all game to be consistent. Then the game ends up being dominated fouls. When the game gets to that point, it seems like players look to draw fouls more than get actual buckets. Then if the refs miss a call teams will get openly pissed off, which leads to reviews or challenges, which leads to us fans sitting there waiting. I'm sick of watching constant reviews man. The play where Lonzo got fouled and it got overturned with a replay is a good example of some annoying officiating.

That foul was somehow called against Lonzo for bumping Kemba. I don't know about you, but it seems like the refs were itching to call a foul and disrupt basketball here. We had to sit there and wait for the game to continue because the refs thought they saw a small bump between a ball-handler and someone trying to fight through a screen. Oh and then because the refs messed that up, they had to do a jump ball during that Celtics possession because the ball was in the air. I mean give me a break with this shit.

The worst part of it is that if Lonzo actually did bump Kemba there, Kemba would’ve felt the contact and attempted a shot to get the foul call. Yeah when it works it’s the “smart play” but it’s still super lame. Unfortunately, that’s what the NBA has come to recently. That’s the type of stuff that players need to stop doing and that refs need to stop calling.

Here’s another unnecessary stoppage of play. Did this really need to be called during a one point game with 55 seconds left in overtime? Sure it’s technically a foul, but they should've just let it go. It’s not like that Jaylen foul was stopping Ingram from blowing by him anyway. By the way Jaylen was getting cooked all day by Ingram yesterday which was unfortunate.

The worst call of the night was after Timelord fouled Ingram on that same possession. Ingram hit both free throws, but the second one got canceled out because of a double lane violation. There are lane violations multiple times a game, but you rarely see them get called. Then when it’s a tie game and there’s 50 seconds left in overtime, a double lane violation gets called? Why is that being called there? Why are they so inconsistent with that call especially? That ended up making a huge impact on the game because the Pelicans won the jump ball and proceeded to hit a three that eventually won them the game. Kemba had his opportunity to tie it after that and missed which was tough, but I don’t understand why the refs called a double lane violation at such a crucial point in the game. I don’t have proof of how often lane violations get called, but if you don’t believe me watch carefully during free throws and I bet you’ll see it.

JJ Redick was ejected from the game after this exchange with a ref. pic.twitter.com/4AU7qZJsXH

There was also that JJ Reddick second technical foul that got him ejected. Not much to say there that you don't already know. It shouldn't have been a technical unless he said something to one of the refs. It looked like the ref just couldn't handle JJ's pass; it didn't look like there was any harmful intent or anything like that. It was a hilarious sequence overall though.

I feel like I sound like a maniac after writing all this, but I know there are some people out there who get what I am saying. I am definitely aware that this piece isn’t going to do anything to change the way the league is being played or officiated. I just needed to vent a little bit about it. This narrative needs to be talked about more because the NBA is becoming significantly less fun, unless you really appreciate the rules and officiating. It’s tough because with the way things are going in the NBA, it may never change and only get worse. I’m still gonna watch and appreciate the Celtics because they’re my favorite team, but I am getting more annoyed with this league.

Brad Stevens said in a lot of ways the Celtics played their best game through the first two and a half quarters yesterday, then their worst game after that. Said yesterday hurt.