A month from now could one of the guards the Celtics are facing today be a teammate? 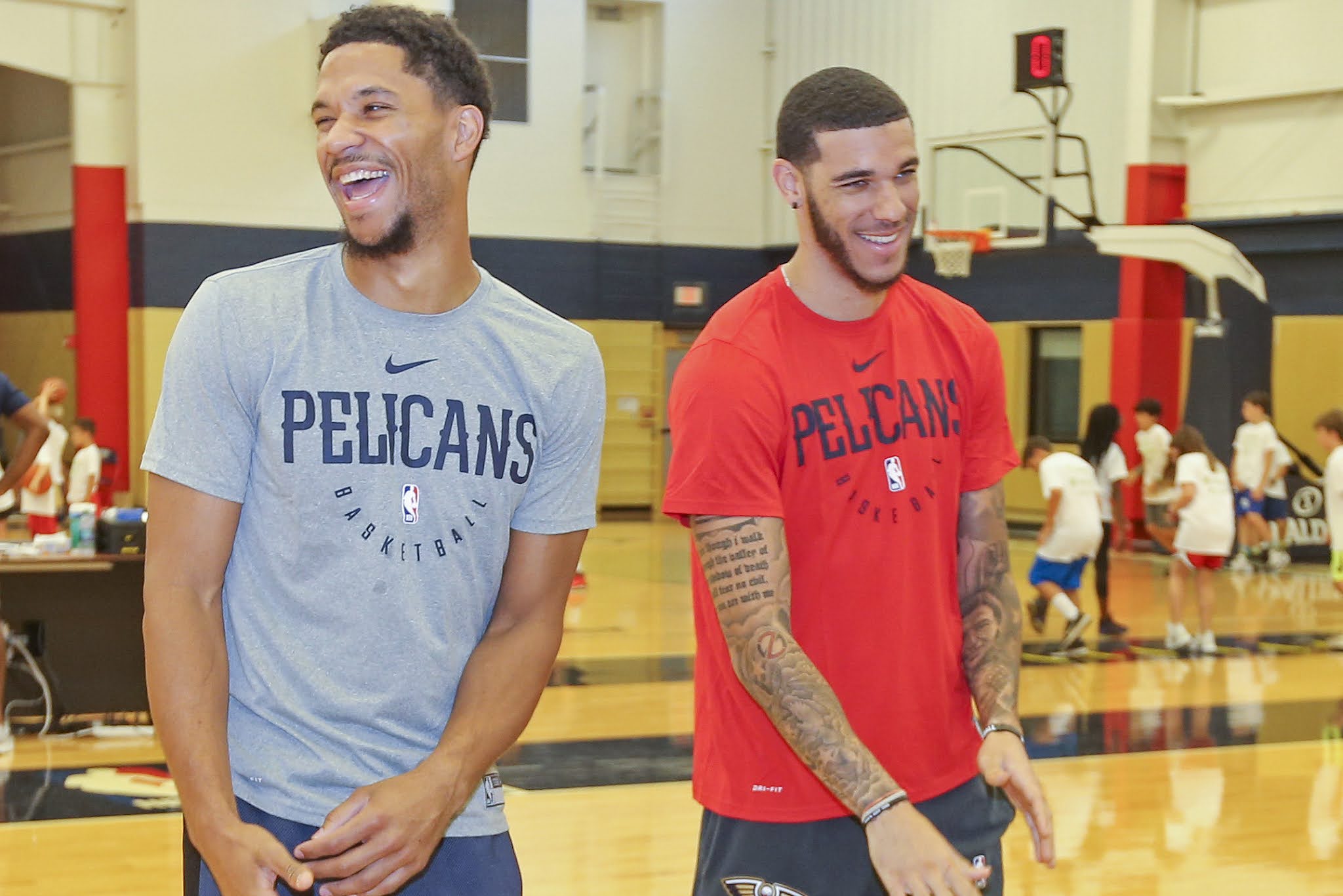 We previously wrote about the Pelicans making J.J. Redick and Lonzo Ball available in trades. We advised the Celtics not to go after Redick. Yes the name on paper sounds good, but he's old, is having a brutal year shooting, and for what he could give you offensively, you'd lose defensively. For a team that doesn't have a dominant big man enforcer and already has to hide one guard on defense on Kemba, he doesn't make sense.

Lonzo Ball was the more intriguing name, but as with everything cost would be an issue. Also the fact that Lonzo needs to ball (no relation) in his hands and how that might not be a great long term fit with the Jay's. Today Chris Forsberg brought up another name to watch on the Pelicans.

[Josh] Hart is a 25-year-old wing whose defensive versatility and rebounding could aid Boston’s wing-thin bench. He gobbles up 7.5 rebounds per game while playing bigger than his height around the glass. He’s a competent 3-point shooter who can attack and finish near the rim (shooting nearly 70 percent on all shots inside 3 feet, where 26.8 percent of his shots come from). Hart also comes cheap making only $3.5 million this season.

The downside with Hart? He’s a restricted free agent after the season. Boston would have to be ready to pay him market rate to retain his services. He’s also not the sort of game-changing talent that elevates Boston to surefire title contender.

Honestly I didn't know that Hart was that elite of a rebounder from the guard spot. His 7.5 rebounds per game would put him 2nd on the Celtics behind just Tristan Thompson. Forsberg's point about him impending free agency is important. With Marcus Smart due for a new contract soon and the Celtics already having 3 big money players on the team, I'm not sure if you can retain everybody.

I suppose there is always the potebntial that Walker is moved this offseason or next, but my guess is the unknown regarding Hart's future past this season will cause Danny some pause and the Celtics will only trade for him if the cost in assets wouldn't be crippling if he walks. Some of you might be too young to remember, but there was a trade that Boston media praised at the time which ended up turning out to be a huge loss. The 2003 Celtics needed some bench help so they traded for Rodney Rogers and Tony Delk. The cost was rookie Joe Johnson and a future 1st.

So before you go trading Romeo or Nesmith and a 1st for Hart remember that Rogers left that offseason for a big contract and Joe Johnson became... well Joe Johnson. Not calling either Romeo or Nesmith Joe Johnson, but we really don't know what we have with either yet. And I strongly disagree with people like Scal that say to trade our picks since they're going to be in the 20's anyway. Payton Pritchard was just picked #26. Desmond Bane was just selected (and traded) at #30. Those picks aren't throwaways.

So always it will be the cost, but I really like the idea of Hart on these Celtics. I think he would fit in very well.