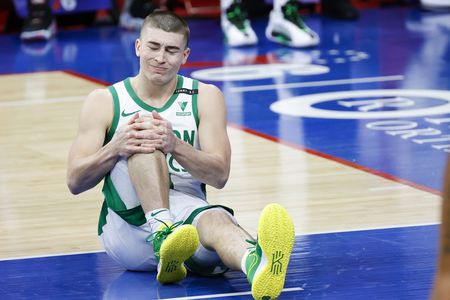 #NEBHInjuryReport An MRI conducted today on guard Payton Pritchard revealed a Grade I sprain of his right MCL. Pritchard is expected to return to on-court activities in approximately two weeks.

Payton Pritchard injured his right knee a couple minutes after entering Friday night's game. The team could have used him as they went on to blow that game. Pritchard will be missed for the next two plus weeks, but it could have been worse. At least it's only a Grade 1 sprain. In Pritchard's absence, Jeff Teague will get more playing time and you'll see more of Marcus Smart at the point, especially if Kemba Walker sits out for a maintenance game.

It doesn't need to be said by this point, but the key is for Pritchard not to return too soon and this issue to become a nagging or prolonged one. Or worse than that, for it to get worse. Knees, ankles, feet... All those lower body injuries need to be rested from the jump. Again the injury could have been much worse, but I'm still bummed to not be able to see the rook on the court for a while.

Pritchard will have some company on today's injury report:

#NEBHInjuryReport for tomorrow vs. Cleveland: