The “Algebra” of a fast-breaking Celtic pre-season 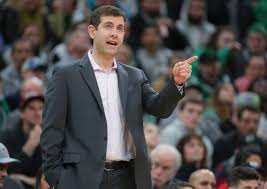 In their measly (by choice, I presume) 96 minutes of “exhibition” prep-work, a Boston Celtic opponent misfired on a “live ball” free-throw attempt five times … a teammate of the shooter retrieved THREE of those misses.
Yikes! One of the few things left in the game that provides the Defense with a built-in advantage, and Brad’s boys found a way to bungle it – kinda how things went last week against two presumed rivals. Little wonder as to why we held a lead for only 7:11 over two games … all in Q1.
And here’s a “Yuck!” to accompany that “Yikes!”
In Friday’s “effort” against Brooklyn, the C’s got clobbered to the tune of 20-4 on Fast Break points … despite each side having exactly 10 FB opportunities and exactly nine FB FGA’s. Alas, the Nets shot 7-for-9 (3-for-4 on treys) compared to Boston’s atrocious 1-for-9 (0-for-6) showing. 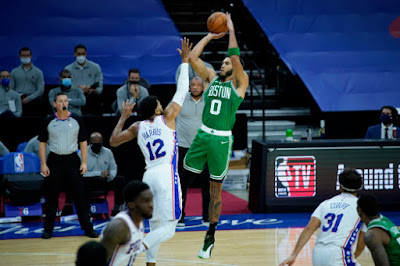 The Stevens Crew had operated their up-tempo game much more efficiently against Doc Rivers and his Sixers in the opener, converting seven of their eight opportunities, shooting 6-for-7 (0-for-1) and outscoring Philly 14-11. (The 76ers managed only six FB’s, five of them productive.)
So, Just What “Triggers” a Fast Break?
Over the course of two “tune-up” games, 34 of the (by my count) 414 “possessions” are classified as Fast Breaks by the NBA’s own statistical “Gamebook” … roughly one out of every 12 scoring opportunities.
Nearly half these break-outs were initiated by an officially acknowledged/credited “Steal” … two-thirds (10-of-15) of these forays resulted in a “conversion.” When a Defensive Rebound triggered an FB, a conversion was equally likely (11-for-18). Only one FB came on the heels of a successful shot, when Tremont Waters set up Rob Williams for a point-blank look early in Q4 of the Sixer match-up.
The opposition converted 13 of 16 FB’s (.813), compared to just under half their overall possessions (102-for-206). The C’s batted .500 (9-for-18) on the run, just .423 (88-for-208) overall.
3FG’s Create Long Rebounds?
Astonishingly, the Celts, Sixers and Nets combined to MISS a collective 106 three-point shots, more than one per minute of play – what’s perhaps even more surprising is that only 11 of those off-target ICBM’s led to an FB.
Not at all shocking is that NINE of those run-outs resulted in a conversion.
Abacus Revelation for the Road 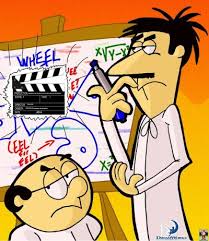