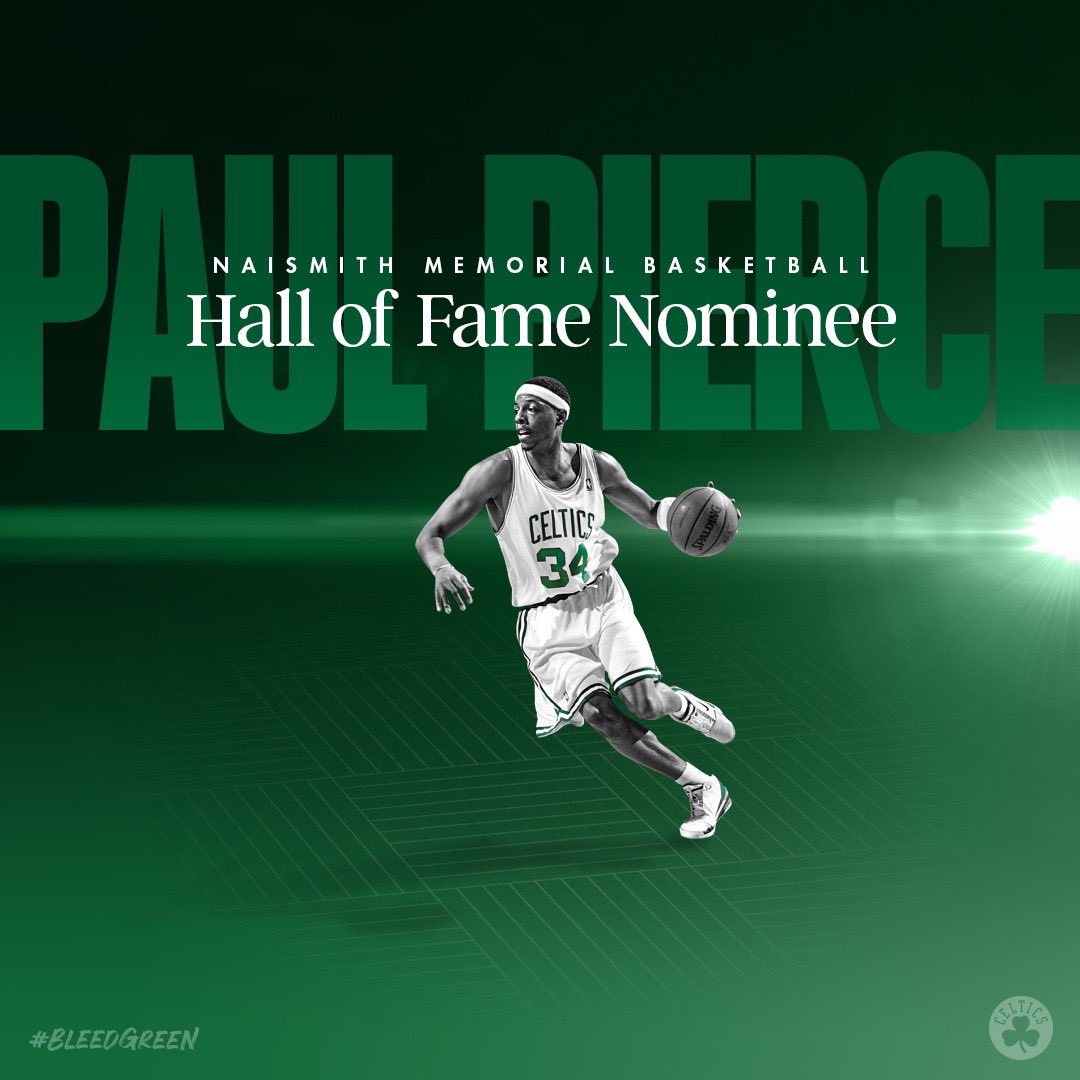 Congrats to Paul Pierce who has been nominated for the  \Naismith Memorial Basketball Hall of Fame. The Truth will find out if he has earned a spot in the 2021 class of inductions in a few months at the NBA All-Star break.
Kevin Garnett who was to be inducted into the Hall of Fame this past summer will have his ceremony instead this Spring, while Pierce's likely induction will take place next Fall. Paul Pierce, along with the late Len Bias, recently were inducted into the College Basketball Hall of Fame.

Paul Pierce was almost traded by the Celtics to the Dallas Mavericks https://t.co/BMemp7Q9KI pic.twitter.com/1B2oNcwCJS

What better way to celebrate Paul Pierce's birthday than by watching this video mix https://t.co/RZBR9Ngfqo pic.twitter.com/SpUCL2sUiP