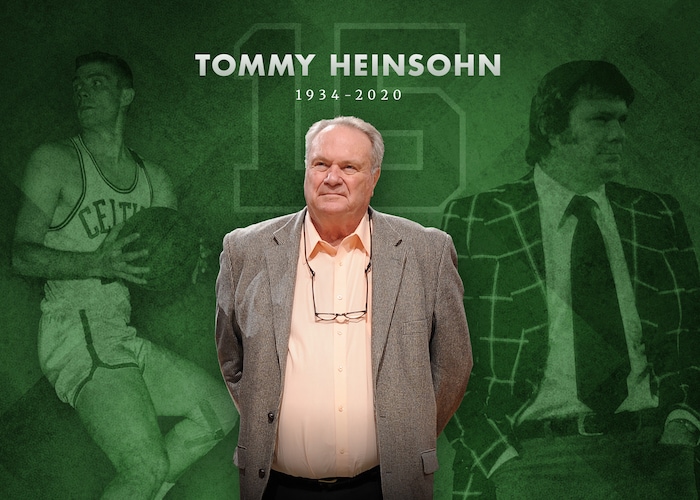 In the classic film "Field Dreams," James Earl Jones says the fantastic line, "The one constant through all the years, Ray, has been baseball." That's how I feel about Tommy Heinsohn. The one constant through all the years watching and following the Celtics, has been Tommy Heinsohn. Form listening to Tommy do color commentary on CBS nationally televised games in the 1980's to him doing the play-by-play with Bob Cousy for Celtics away games. And once we got cable, for Heinsohn's role with Mike Gorman on SportsChannel and the various name changes since for the past thirty years. Today 2020 took a First Teamer as the Celtics great passed away at the age of 86 years old.

I only met Tommy one time and he was just as I would have expected. When he walked into the room you immediately felt a giant presence had entered. Everything else stopped. He was both friendly and funny.

Like losing a family member. We spent more time with Tommy over these past 39 years in our living rooms than likely anyone else. Rest In Peace pic.twitter.com/Y3Vap8PVRj https://t.co/K8zvaxoCDQ

Celtics basketball will carry on without Tommy, but it will be tough. When Red Auerbach passed that hit you due to him being the patriarch of the team, but this hits in a different way. Tommy was in our living rooms for decades now. He was family. When you went away to college, he was still there in your dorm rooms. Whether it was the Bird era Celtics, Reggie's years, the Pitino Celtics, or the Danny Ainge as president era Celtics these last 17 years, Tommy was always there for us. He felt like family. This feels like losing a family member more than a basketball legend. 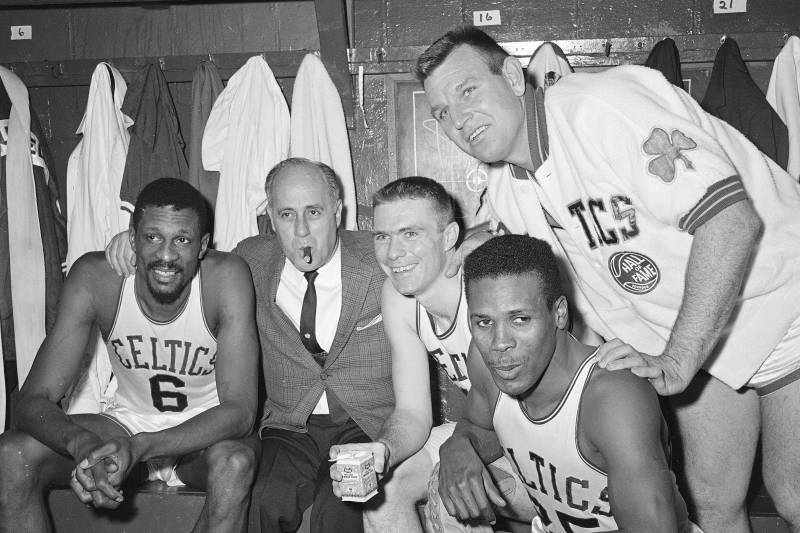 Of course our older readers will also remember Tommy's fantastic playing career. Heinsohn only played nine seasons due to nagging plantar fasciitis, but he was an All-Star in six of them. And won a remarkable eight championships in those nine seasons. He would then go on to win two more as a head coach of the Celtics in the 1970's. 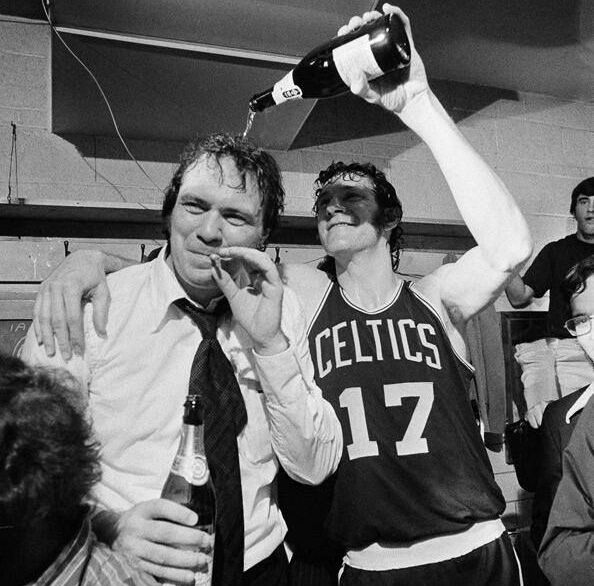 (I will be adding to this post throughout the day, but just wanted to get something up quick, so you could leave your comments and respect.)


Heaven got a good one today. Rest in Peace Tommy! pic.twitter.com/H3QTHnb0Ka


Rest In Peace Tommy Heinsohn
🙏😢 We all love you! pic.twitter.com/suZY6RICW5


The Ultimate Tommy Point: Heinsohn's second trip to the Hall of Fame

Tommy Heinsohn talks coaching, broadcasting, and how he almost left the Celtics

Tommy Heinsohn looks back on his astonishing career in green

Did you know Tommy Heinsohn is an artist?