If Hayward signing with Hawks would net Celtics nothing back, does an Oladipo swap now sound more enticing? 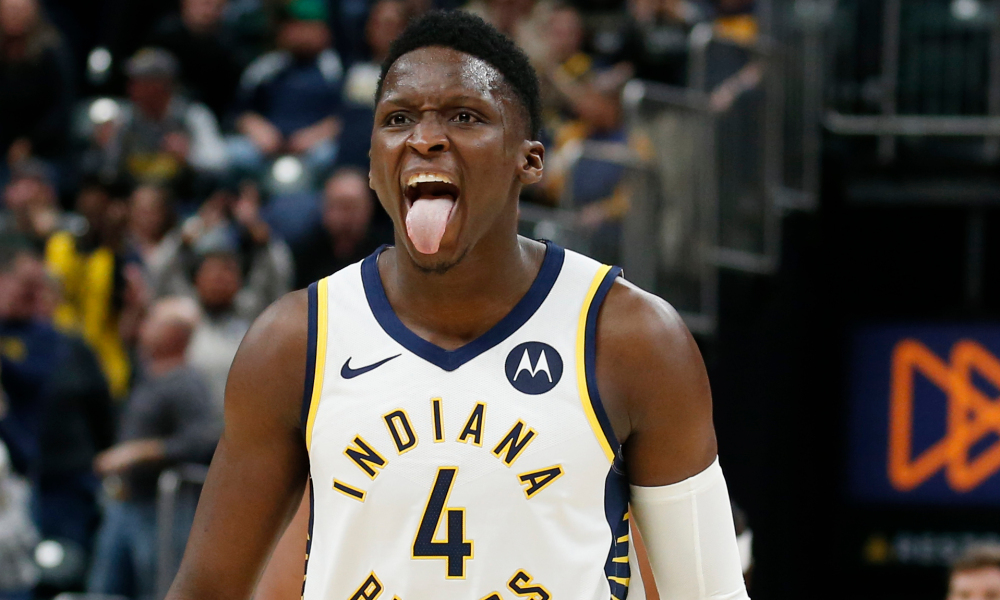 Things have taken a turn for the worse with the Gordon Hayward situation despite the announcement that they were postposing his option decision until Thursday. There are zero reports that the Celtics have attempted to negotiate a contract extension with Hayward. Not even reports from a team friendly low ball offer. There are significant reports that Hayward might just sign with the Hawks who have cap space. In this scenario there would be no sign-and-trade and the Celtics would get nothing back and have zero cap space to replace his production.
It's being assumed that the Celtics will attempt to convince Atlanta to do a sign-and-trade for Hayward, so that Boston can get a trade exception back in return. While Danny lovers will give him credit if he can snag a trade exception it's really only a bit better than an expiring contract. And just like expiring contracts, often times teams can't find a trade match with their TE and it expires unused. It's of much less value than a former all-star like Hayward. Put it this way, the Celtics reportedly offered Hayward and three first rounders for Jrue Holiday. Replace Hayward with a TE and it would likely have had to have been 5 first rounders.

Also the Hawks may squeeze a first rounder out of the Celtics in order to do a sign-and-trade. Yes you read that right. So instead of getting a quality player or players back for Hayward the Celtics might have to part with an asset to trade him.

Which shit sandwich would you prefer?

C's sign-and-trade GH AND a FRP to ATL for trade exception. Then have to use more assets w/ trade exception to trade for replacement pic.twitter.com/b7TwOutTSn 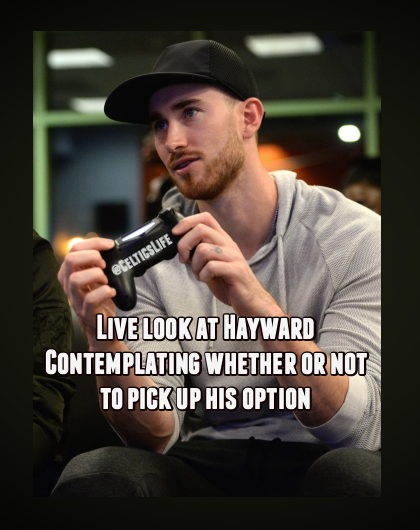 Assuming the Pacers won't part Myles Turner, I thought of TJ Warren, but after his Bubble play I'm thinking there's no chance the Pacers trade him. So if you're left with just losing Gordon to Atlanta for nothing (or even having to attach to FRP to get a TE), does a Hayward for Victor Oladipo trade now look more enticing? Yes I know the people who don't read the posts, but just comment on social media will say, "Eww. No we want Turner!" But if it's losing Hayward for nothing or having to trade a first rounder to get a TE and then to try and pair more first rounders with the TE to add something quality back... well doesn't a trade for a former All-Star on an expiring contract make possibly make more sense?
I'd sure prefer Oladipo over some vet minimum scrub. Plus you can always use him as the salary needed to make a future trade work. He doesn't fit great with the current group, but who even knows what that current group will look like in the future. Ainge has reportedly already been shopping last year's big fish Kemba Walker around. What if Ainge trades Kemba for a big? All of a sudden you could use 'Dipo in the backcourt with Marcus Smart.


Chicago Bulls rumored to have reached out to Celtics about a trade for Kemba Walker https://t.co/EnWlWrp6IH pic.twitter.com/p2ZGqgdmmX


Oladipo doesn't have much trade value this offseason. Last offseason the Suns were giving away TJ Warren and now he's like an untouchable. Last summer the Clippers were being lauded for pulling off the Paul George trade to convince Kawhi to sign and now people see how bad a deal it was for the Clippers. Last summer Chris Paul had negative trade value. This offseason he had positive value.
So no Oladipo isn't the gift we all wanted, but might be better than simply waking up to some coal in your stalking.

A few more thoughts on this Hayward situation:


You’d think GH would want to stay to play for his college coach on a top team with good chemistry in a great sports town? Maybe all the negativity from fans got to him? I mean even when he comes back to help the team on 1 leg & misses his son’s birth he still gets shit https://t.co/rZmPWMbNvt

Wonder if Ainge should have offered Hayward to the Bucks. Yes I know they are a current rival and they preferred Jrue. But for Boston getting back a pick or 2 (Or maybe a pick and pick swap) is better than getting back nothing. And for Milwaukee, they'd have saved on giving up all those extra future picks. Sure you're trading with a rival, but the Bucks were going to add someone good to placate Giannis regardless. It ended up being Jrue (and Bogdanovic).

Have there been any reports that the Celtics have even attempted to negotiate an extension w/ Hayward? Not sure it's as simple as GH choosing BOS or ATL. It could be choosing a long term deal w/ a known location vs picking up option & DA trading him to who knows where. https://t.co/FM0cvbYn6o 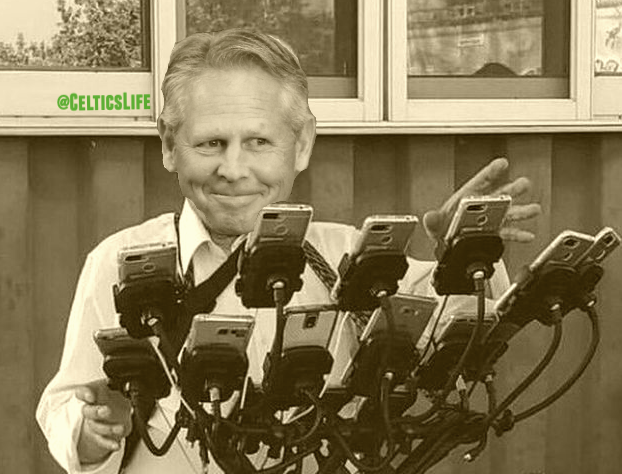