Eye on the Draft: ANTHONY EDWARDS 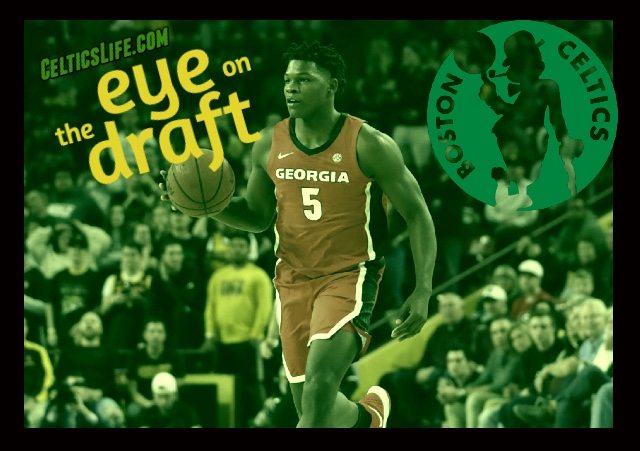 As we approach the 2020 NBA Draft on November 18th, we'll be posting some Eye on the Draft's for players who could conceivably end up in Celtics green. It's always best in the NBA Draft to go for the best player available and then fill other needs in free agency or via trades. So when we post a guard, please don't get too wound up. Maybe Danny Ainge plans to add a Myles Turner and an Aaron Baynes after the draft. Add in Daniel Theis and Robert Williams and you wouldn't even have the space for another big as a draft pick. Feel free to leave your opinion on each potential draftee we cover in the comments section.
ANTHONY EDWARDS:
The super athletic Edwards has a decent shot to go #1 overall in this 2020 NBA Draft. He's still rather raw, but as one of the youngest prospects in this draft and with an NBA ready body, his ceiling is extremely. He definitely needs to work on his decision making, but he could end up an All-Star for many seasons to come.
There have been no rumors of the Celtics interest in Edwards, but if they were to find a taker for their package of 3 first rounders to move up in the draft, Edwards could become an option. Not necessarily because he would be the player the Celtics were targeting, but let's say you move up to #5 and Edwards slips to that spot. You have to take him there. So it's important if the Celtics are considering moving up in the draft to be familiar with prospects that very likely won't be available, but always could be.
Let's take for example another draft that was lacking the star power at the top:
2013 NBA Draft Both Noel and Mclemore were projected to be drafted higher. As high as #1 overall for Noel and top 3 for McLemore. With 10 days still until the draft who knows what will happen. I'd put the chances at very low that Edwards falls too far in the draft and also at very low that Ainge trades up into the top 6 or so. But we're trying to give you a preview of all the projected 1st round projects, so here this was Edwards'.
Check out more video of Edwards below: