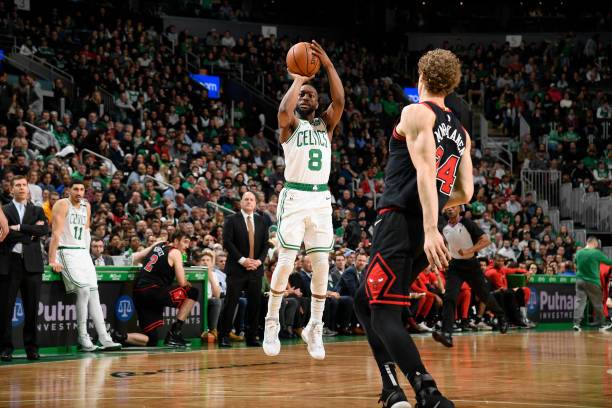 Following up on the earlier report that the Celtics reportedly tried very hard to trade Kemba Walker for picks to flip for Jrue Holiday, we now have this:

.@KevinOConnorNBA on #Celtics and trades heading into the draft:

Danny Ainge obviously saw Jrue Holiday as an upgrade to Walker, but that doesn't mean Kemba is on the block. Walker was an All-Star point guard last season and while he does have a possible troubling knee situation, Ainge isn't going to just give him away. Who might the Bulls be willing to part with for Kemba? Your guess is as good as mine. And knowing Danny there's no guarantee the players or picks he would be acquiring would ultimately be staying in Boston; they could be flipped.
There's also the possibility that the Bulls were doing their due diligence and seeing if they could snag Kemba on the cheap and Danny said thanks, but no thanks. And there there is the possibility that the Celtics leaked this in order to drum up some interest in Kemba. Kevin O'Connor s pretty dialed in, so it's a legit rumor. There just might not much be much smoke to it.