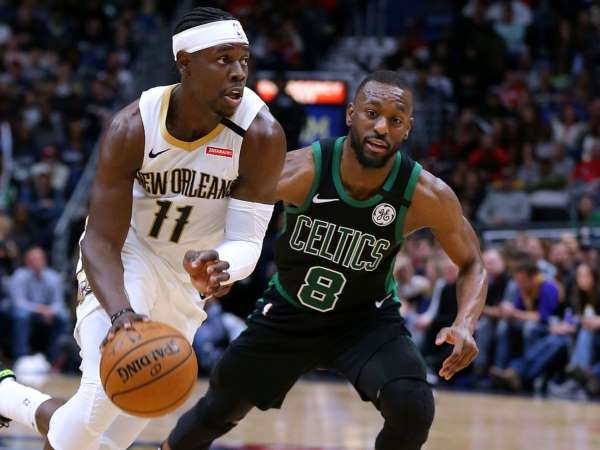 Danny Ainge was throwing Kemba at everybody trying to get the picks for Jrue. Instead... it won’t be happy Holidays for him

Well this won't exactly help the Celtics in wooing future All-Star free agents. Kemba Walker who chose Boston last offseason and played through knee woes in the playoffs was reportedly dangled around hard in order to get the picks necessary to flip for Jrue Holiday who is a bigger guard and a top shelf defender. Basketball wise the move makes sense, but the optics aren't very good here. The Milwaukee Bucks of course acquired Holiday from the Pelicans for quite a haul. In addition to Eric Bledsoe and George Hill (my guess is the Pelicans will try and flip both elsewhere), New Orleans scooped up five more first rounders.

The Stepien rule was created to protect teams from screwing themselves over (& their fans) by trading draft picks in consecutive yrs. Teams have circumvented that w/ pick swaps. If at any pt in the next 7 yrs Giannis leaves or gets injured MIL is screwed. https://t.co/ieXo5COBvi

Why would Ainge want to swap Kemba for Holiday? Well because where Kemba is a defensive liability, Holiday has been an All-NBA Defensive team member. Imagine Holiday and Smart both hounding an opposing team's backcourt. Also where Kemba is a great scorer as a #1 option, he's not as valuable on a contending team with other offensive options. Holiday plays better off the ball. Lastly Holiday makes less than Kemba.
In the end the price was too high for the Celtics. The Bucks, similar to the Clippers last offseason, were in the predicament of needing to make a move to appease a star, and the Pelicans took full advantage of that. Just like the Thunder extracted a queen's ransom from the Clippers for Paul George.