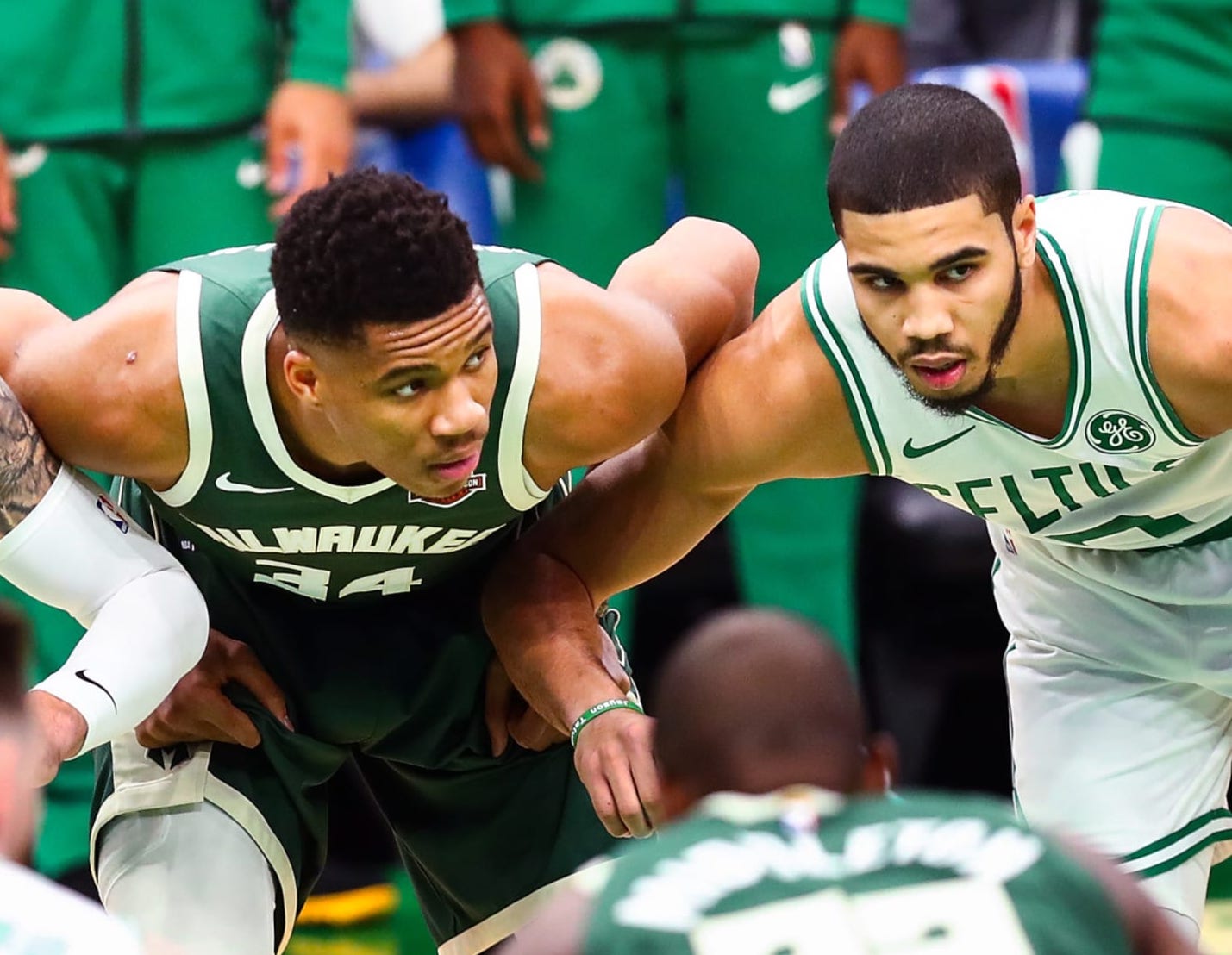 It has been widely assumed that Giannis Antetokounmpo will sign a super max deal with the Bucks after they upgraded their roster with the trades for Jrue Holiday and Bogdan Bogdanovic. According to Pro Basketball Writers Association award winner and longtime Milwaukee journalist, Gery Woefel, if Giannis decides to leave, Boston is one of 5 teams that would be a potential landing spot for the back-to-back MVP. The other four would be the usual suspects Toronto Golden State, Miami, and Dallas.
Well this a rather big wow nugget dropped on the day of the NBA draft. I put the odds of Boston winning the Giannis sweepstakes at remote, but I'm sure happy to see the Celtics get a nomination here. The Bucks would be royally screwed if he walks after they just traded all their future first rounders to New Orleans, but a Bucks fan site can deal with that issue. Not our problem. In order to have the cap space to sign Giannis, the Celtics would have to clear some players off the books, most notably Kemba Walker.
Don't quote me on this, but I'm pretty sure the Celtics could have Tatum, Brown, and Marcus on the cap and still have the space to sign Giannis. A Big 3 of Giannis, Jayson, and Jaylen would be absolutely ridiculous. Again I expect Antetokounmpo will take the supermax with Milwaukee. I don't think they would have made that Holiday trade if they weren't very confident in that. But how often does a league MVP still in his prime have the Celtics on his preferred free agency list? Never has happened with LeBron. Closest has been Durant back in 2017, but he wasn't a MVP.
Woefel wouldn't make this up. He's to accomplished a reporter to do that. So my question is what is making Giannis consider Boston? Guessing it's the chance to play with a couple diva-less young stars like Tatum and Brown. He'd still be Batman in Boston, but would have an amazing Robin in Tatum. Then you add Brown and Smart and a well respected coach? It makes sense. Still kind of shocking to read.


Said this on air so worth tweeting: Heard a while back that Giannis reached out to @jaytatum0 a while back to do some resaerch on Boston. I suspect has done same things with players from other mentioned markets. But doesn't feel like he's going anywhere before start of season. https://t.co/ofkWKKhTxJ