Forsberg on the 3 reasons why Gordon Hayward might opt out 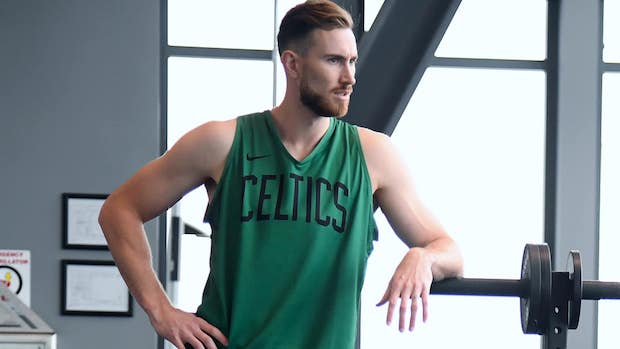 Chris Forsberg breaks down the three potential reasons why Gordon Hayward might not just pick up the contract option on the final year of the 4 year deal he signed with the Celtics back in the summer of 2017. Honestly this is why I always write how I hate player options as a fan. It basically means the contract is only the full length if the player ends up becoming a shell of his former self or is injured. While on the flip side if they do well they hold all the leverage before that final season.
In the case of Hayward he hasn't lived up to expectations in Boston, but he isn't a "shell of his former self" nor is he toast due to injury. There still is a healthy market for a playmaker and scorer like Gordon. Not to mention, based on his 8th place finish here, he's a wanted and beloved teammate.
Kind of kicking myself for not predicting that Hayward busting a Horford and declining his option and signing elsewhere was an option. Then again none of the Boston reporters who are with the team every day did either. Zach Lowe finally dropped this bomb on Monday. Forsberg brings up some teams with cap space, but Gordon isn't going to the Pistons or Knicks. The Hawks are dangerous. Even if Hayward doesn't want to go there his agent could use their interest to up Hayward's contract asking price. Hayward previously signed an offer sheet with Charlotte several years back and Miami was a finalist in 2017, so he's not averse to playing in the south east that's for sure.
But also not going to fall for the trick of only seeing teams with cap space as viable options. It simply takes attaching a first rounder (or two if necessary) to unload a contract for several other teams to all of a sudden have the cap space. And an agent can always threaten that their client will just sign in Atlanta and you'll get nothing unless you facilitate a trade.
Obviously a sign-and-trade forced by an agent would be better than no return at all, but sometimes those returns are quite underwhelming. What I want to hear is that Danny Ainge and the Celtics are actively negotiating an extension with Hayward right now. All the other options result with the Celtics taking a step back, and with the road to the Finals and championship expected to be much tougher next season, Boston needs to be improving, not regressing.