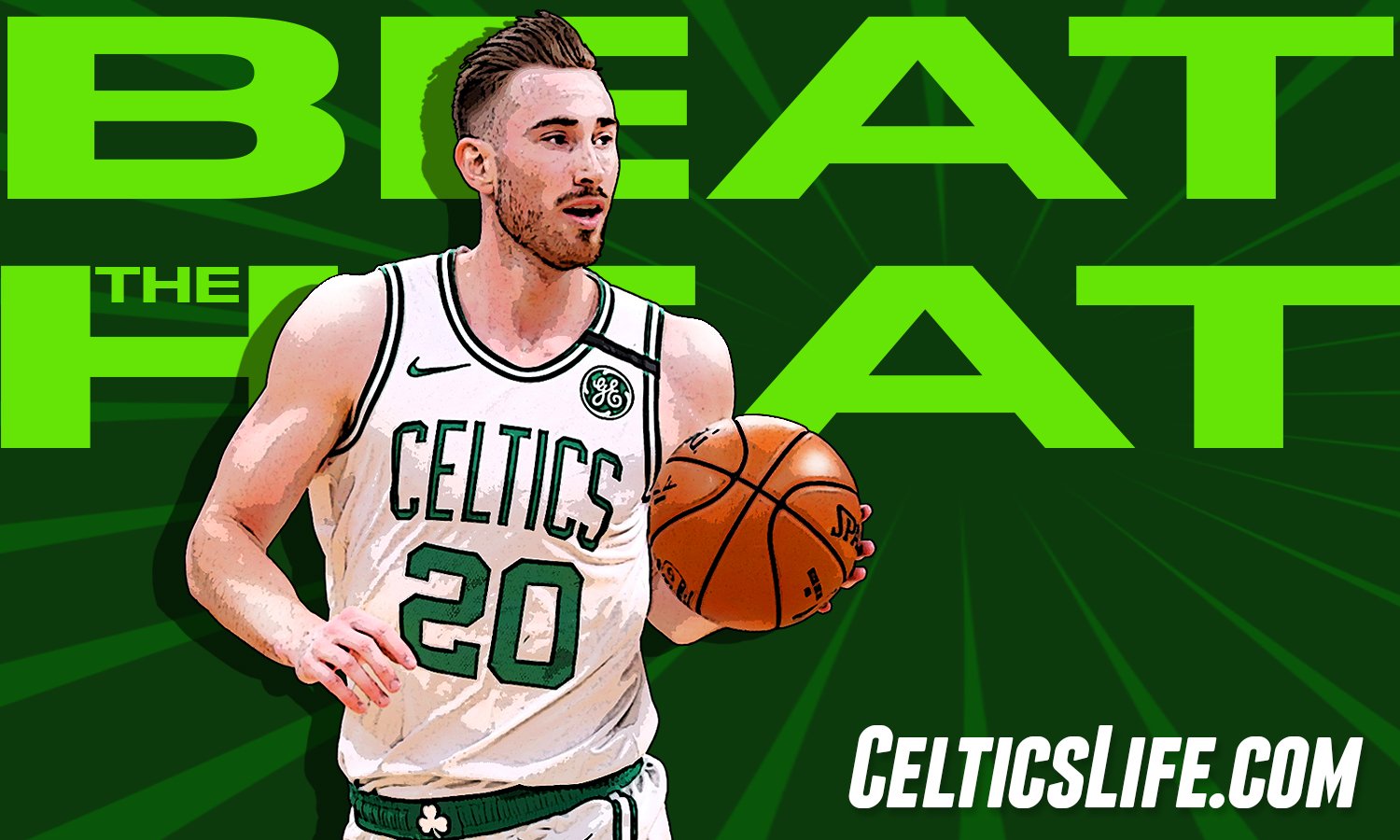 In addition Gordon Hayward returning on Saturday night in the much needed Boston Celtics game 3 win over the Miami Heat, it was also announced on air and then by Robyn Hayward on Instagram that Gordon will not be leaving the NBA bubble for the birth of their fourth child. Gordon has been there for the births of all his daughters and especially due to Covid had planned to be there for the birth of his son, but the couple has changed course. This was hinted at when Gordon left to return to the bubble last week and Robyn put up an Instagram picture that noted that the next time Gordon is with the faimily he won't be the only boy.

Gordon Hayward received very unfair criticism from some fans when it was announced that he'd be leaving the team in September. Like he could have ever planned that there would be playoff basketball in September? In fact Hayward has been maligned ever since he returned from his gruesome ankle break and didn't perform at the same All-Star level that people were accustomed to. He still grinded it out for 72 games last season (and likely would have played more if the team wasn't load managing). This season was the first of his career that he missed more than 10 games besides the obvious season ending injury 2017-2018. In fact Hayward averaged only 5 missed games a season prior to that gruesome injury.

Yet when Hayward suffered a grade 3 ankle sprain in the first game of the opening round of the playoffs, again he became a whipping boy for some Celtics fans claiming he was always injured and "soft." Hayward also received criticism for choosing "Education Reform" as his jersey social justice message. Hayward trended that day on Twitter, which can often times be a cesspool of nastiness, as racist for that choice despite about 9 other players choosing that slogan and them all being people of color. Part of the "Hayward is a racist" slander was likely due to someone revealing that his wife was a Republican, so she was a racist and then in turn so was Gordon. Yes, that's 2020 for you.
Hopefully the Hayward's weren't pressured into making this decision for Gordon to miss the birth. I don't think they were, but again Hayward has previously expressed disillusionment with how people can treat each other on social media. Maybe they didn't want to deal with the bull they would have gotten if he left for the birth. Or maybe like Robyn said due to Hayward spending some time in August back home rehabbing the ankle they felt it wasn't as necessary that he be there for the birth.
Hopefully after seeing how much smoother the Celtics played with Hayward out there in Game 3 (and a rusty Hayward at that), all Celtics fans will treat him better moving forward. This team very likely does not have the depth to win a championship, or even get past Miami, unless they have all five of their core healthy and playing (Tatum, Brown, Smart, Kemba, Hayward). There now remains the possibility they will have all five for the rest of the playoffs and that's huge news.

Good team win! Felt great to be back out there. #BleedGreen pic.twitter.com/5jpvei1RcT


Update 2:05 AM: Here's what Hayward had to say on the decision:

"We discussed it, we prayed about it, and I think it’s probably best if I stay here and help our team.”