Game 6 Breakdown: Miami headed to the finals after eliminating the Celtics in 125-113 victory 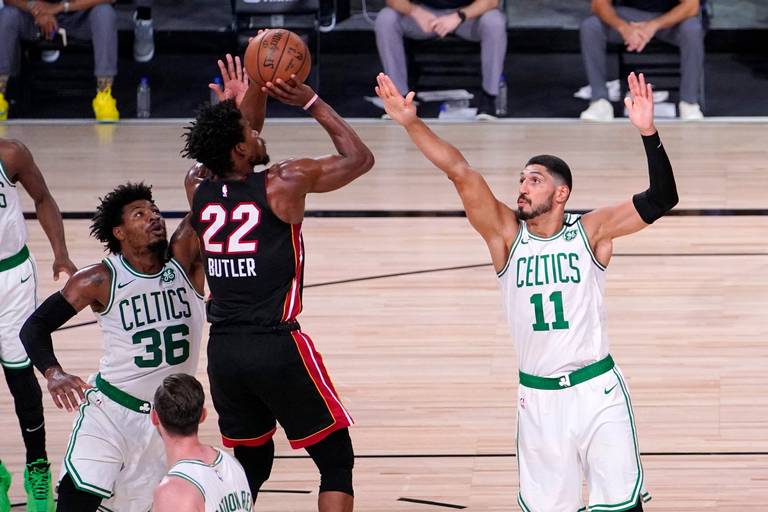 Despite holding a 6-point lead in the 4th quarter the Boston Celtics weren’t able to force a game 7, losing to the Miami Heat 125-113. There was a lot of back and forth in the game with 14 lead changes, but the Heat put together a big run late to seal the deal. The Celtics have consistently had issues closing out games this series and tonight was no different, but let’s break down why. 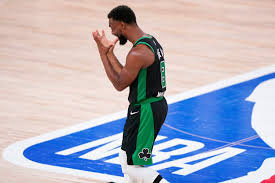 Both teams came out with a lot of firepower on the offensive end, but neither could really string together more than a few defensive stops until the 4th quarter. It seemed like both teams were scoring every time down the court. With their season on the line the Celtics needed to come out with more energy. They allowed 48 points in the paint and had several miscommunications that made it seem like they were always one defender short. Jimmy Butler got way too many layups by cutting to the paint with Bam Adebayo already drawing attention down low. The Celtics defense just seemed to lose their man and be a step behind throughout the whole game.

I also have to give credit where credit is due. Dragic, Bam, and Jimmy all imposed their will in getting to the basket, and as a result they also got their shooters open. I don’t think anyone was expecting Iguodala to shoot 4-4 from three, but the Celtics opted to focus more on Miami’s stars which freed him and Duncan Robinson up for a combined 9 for 11 night from three. Tyler Herro also managed to create a lot of his own shots, shooting 8-13 on the game. 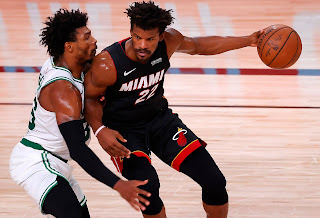 On the other end of the court the Celtics didn’t have that bad of a shooting night, but it felt like they missed at least 10 open layups, something that you absolutely cannot do with your season on the line. On top of that they had way too many untimely misses. After Miami started their run it seemed like Boston just gave up on what was previously working and started forcing 3s to close the gap. They wasted opportunities and it carried over onto the defensive end. The Celtics have a lot of talented players who can go out and get a bucket, but their late game decisions seemed to bring them to their doom way too many times in this series.

This obviously isn’t the end to the season that the Celtics were hoping for, but it’s not all bad. We got to see Jaylen and Jayson develop into stars. We made it to game 6 of the Eastern Conference Finals in our first year of having Kemba, making it his deepest run of his career so far. Theis developed into a key rotational player. Grant Williams provided us with some great minutes in the playoffs in just his rookie year, setting himself up for a lot of success going forward. After such a big overhaul of the roster we finished in a better place than we did with last year’s arguably more talented roster. Our chemistry this season was fun to watch, and it really seems like this is the start of something special. Our bench needs some improvement and we can definitely use more veteran leaders, so I’m excited to see what Danny Ainge does in the offseason, and even more excited to think about what we can do next year. For now, it’s time to sit back and hope the Lakers don’t win the finals. Go Heat! (That hurt to type, I’m sorry you had to read that)

"We're gonna lean on a couple of those guys for a long, long time that were making big plays - a lot of those guys," Brad Stevens says of what we can take from our trip to the ECF. "I think ultimately that's the benefit."
— Boston Celtics (@celtics) September 28, 2020

Thank you to the best fans in the @NBA for being there through this unprecedented season and always bleeding green ☘️ pic.twitter.com/wrQAFmt0VJ
— Boston Celtics (@celtics) September 28, 2020