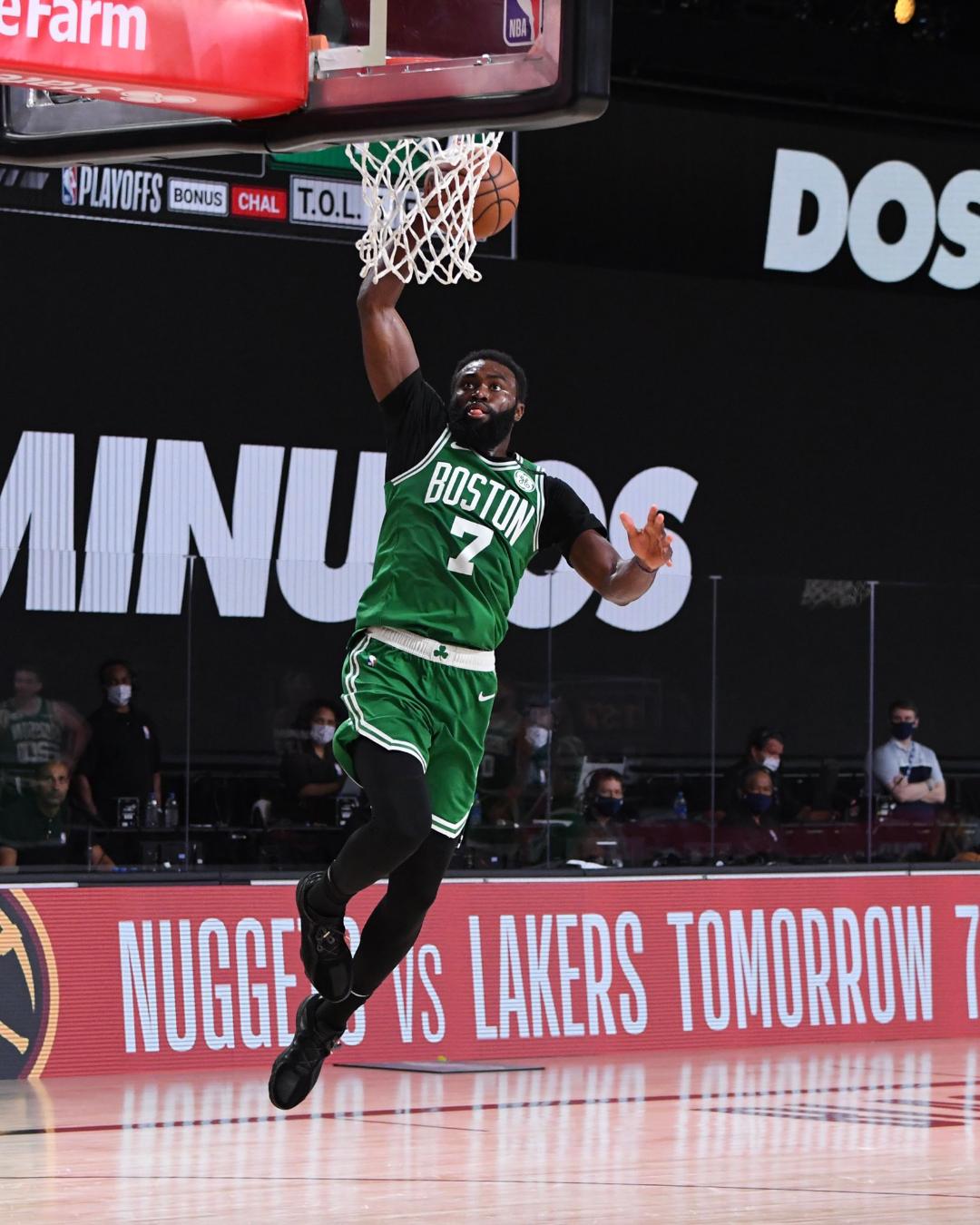 Through the first two games, the Celtics had a pretty rough second half that lost them double-digit leads and, eventually, cost them the games. That was almost the case tonight but they pulled out a much-needed 117-106 victory. Jaylen Brown had an efficient night and led the way for the Celtics in scoring with 26 points while shooting 11/17 from the field. Brown also had some active hands on the defensive end which led him to getting 3 steals tonight.
Jayson Tatum added 25 points to get his 6th consecutive 20-point playoff game, along with 14 rebounds and 8 assists. This was Tatum's 24th career postseason game with 20 or more points. Tonight was a dominant one for Jayson as he was just two assists away from a triple-double. Kemba, for the second game straight, looked like Kemba again. He had another solid night, shooting 8/16 to give him 21 points. Brad Stevens figured out a great game plan for the C's to follow tonight to help beat the zone defense of the Miami Heat. With the adjustments made, it allowed the Celtics to dominate the paint. They were able to stay aggressive and attack all night.
Boston was extremely happy to see Gordon Hayward make his return on the floor today. He has been sidelined since Game 1 of the first round, but was able to return and contribute tonight as he finished with 6 points, 5 rebounds, and 4 assists to go along with 3 steals on the defensive end. Bam Adebayo had 27 points and 16 rebounds as Herro had a big 22 points off the bench for Miami. Dragic and Crowder, finished with a combined 4/20 from the field. It was a huge win for the Celtics who now make this a 2-1 series. Both teams will have a couple extra days off as Game 4 will be Wednesday night.
Gordy played great for the Celtics tonight who put in a solid 30 minutes, and had a huge presence for the Celtics off the bench. The extended rest will be especially good for him as he can get a nice break after playing in his first game in a little over a month. It was also announced that even though Gordon Hayward is expecting the birth of his fourth child, he will not leave the bubble.

Brad Stevens on Gordon Hayward's first game back: "I thought he did what he’s done all year. He didn’t shoot it quite as much, but he is a stabilizing force for our team … He makes us better, that’s for sure."

The Celtics, after their confrontation post Game 2, had many eyes on them. They didn't look like they were affected by the attention tonight as they fought hard throughout the game. Aside from the little scare in the 4th quarter, they played tough collectively as a team today and showed signs that they are getting back to playing Celtics basketball.

Brad Stevens: "I was curious to see what would happen tonight, but I didn't have much doubt. I think this group has some good character." 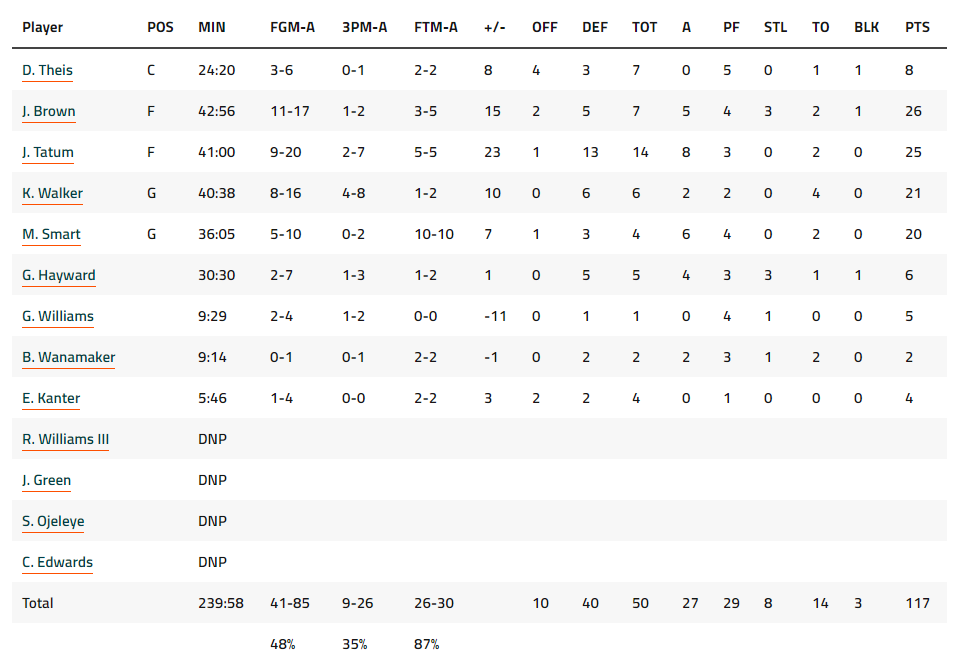 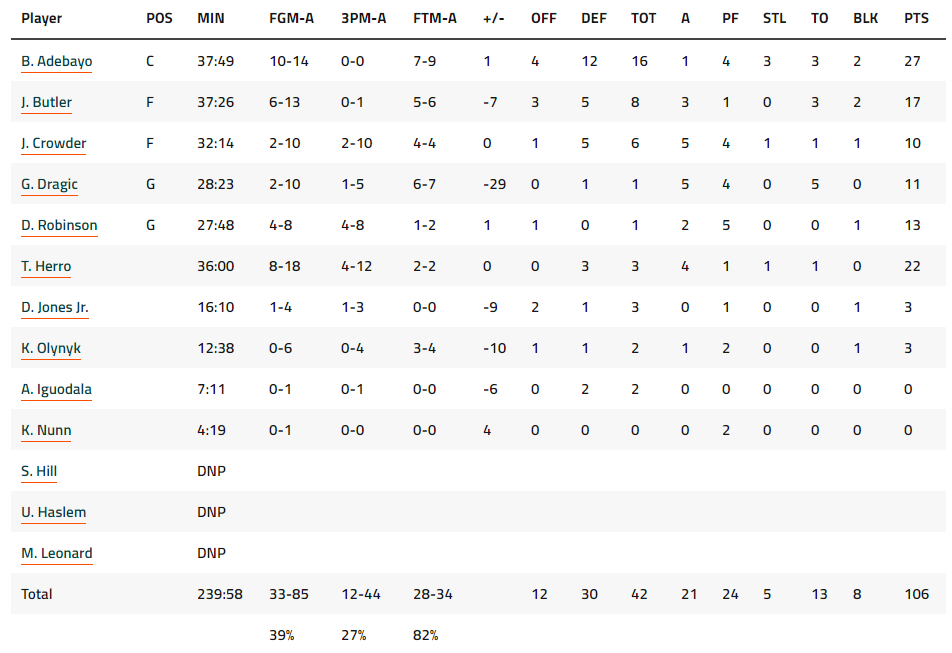