Despite 30 points by Jayson Tatum, the Heat prevailed in overtime after a key 3 point play by Jimmy Butler and rejection by Bam Adebayo. Marcus Smart had another great game while Kemba Walker struggled again. Goran Dragic lead the Heat with 29 points. Former Celtic Jae Crowder had an annoying 22 points while butler added 20.

The Celtics started the game strong, but gave up the lead in the 2nd quarter. Then they took charge once again in the 3rd quarter, but once again the Heat came back. Jayson Tatum missed a contested 3 pointer to send the game into OT. At the end of overtime, Walker hit a huge pull up jumper to give the Celtics the lead, but Butler's 3-point drive gave the Heat the lead for good. Adebayo would miss one of this two final free throws to give the Celtics one last shot at a tie. With no timeouts due to a lost challenge, Marcus Smart had to make a pass from the baseline all the way down court and Tatum's desperation 3 almost went in.

Brad Wanamaker gave the Celtics a nice boost with 11 points, 6 assists, 3 rebounds and 5 steals. Once again after a Celtics close playoff loss you wondered if this would have been an easy win with one more weapon. The Celtics face the Heat in Game 2 on Thursday. Don't expect that other weapon  Gordon Hayward to be cleared by then, so the current squad needs to step up. 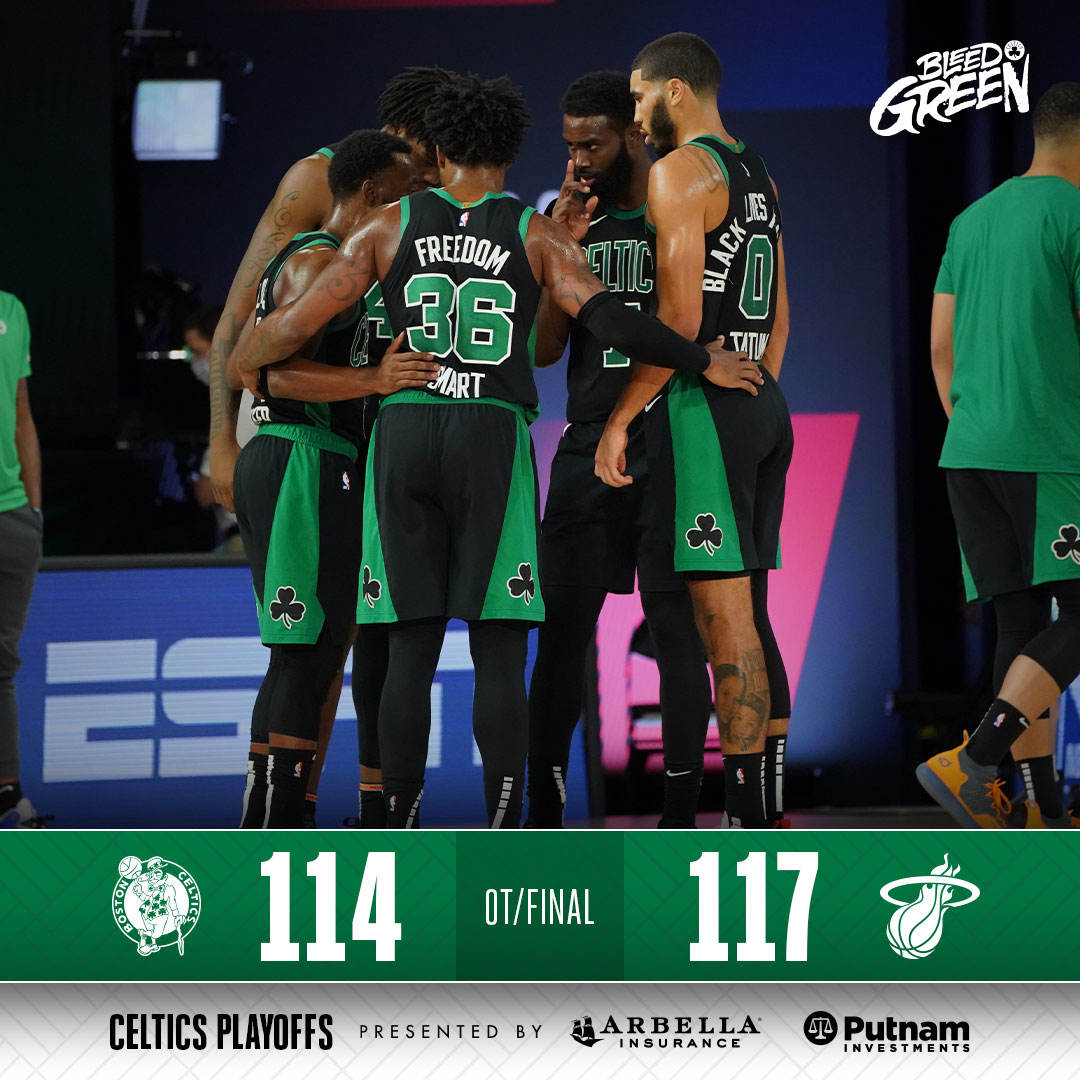