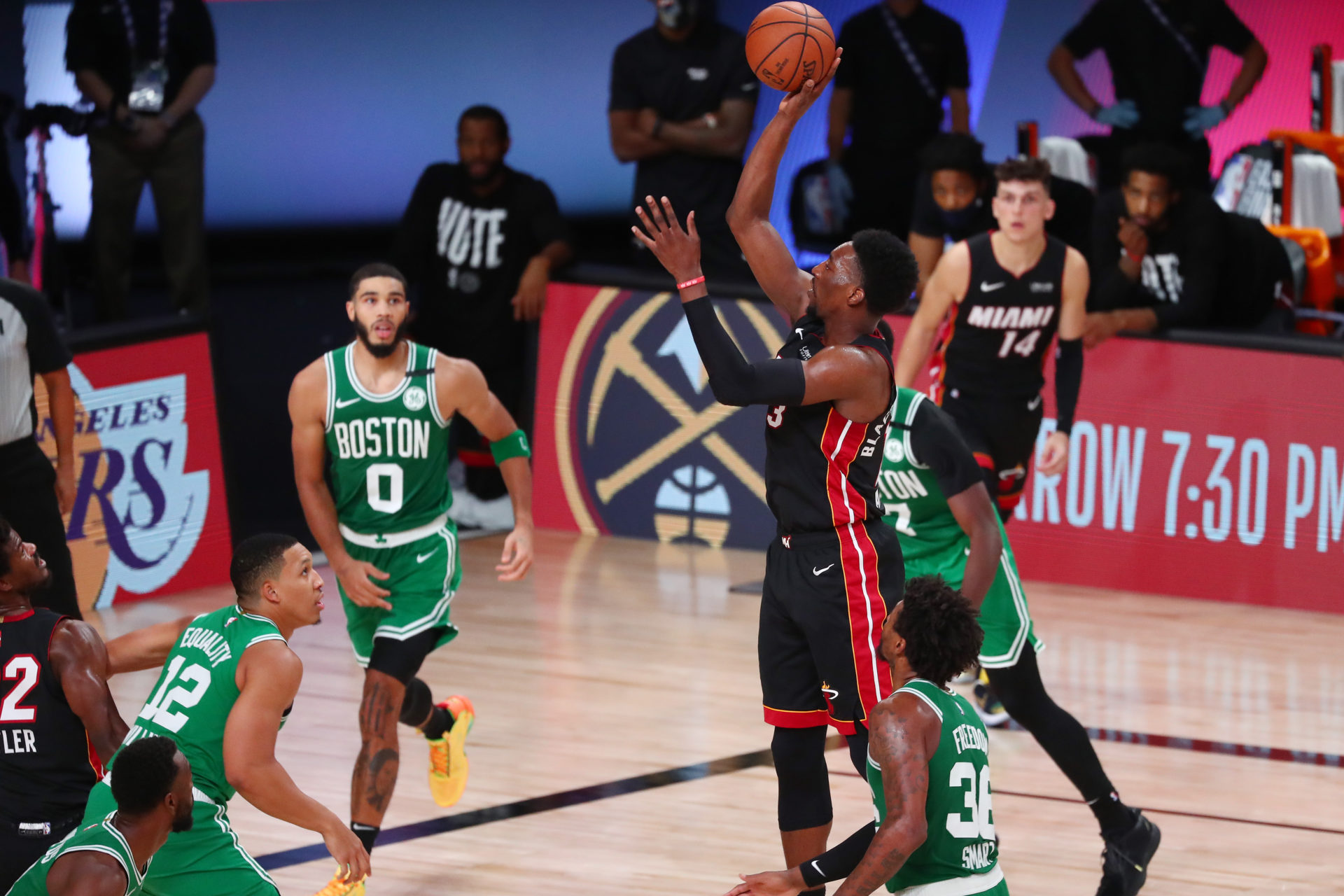 This is not the recap I wanted to have to write. With a 125-113 loss to the Miami Heat tonight, the Celtics' season is officially over. Miami simply outplayed the Celtics tonight. They were able to do whatever they wanted on offense throughout the night which led to Miami shooting 56.2% from the field. Celtics could not get a rhythm going at all tonight. They missed a lot of good looks that hurt them in the long run. Bam Adebayo had a fantastic game with 32 points and 14 rebounds. He was impactful all night and was hitting some extremely difficult shots. Miami's bench was key in their victory tonight as their rookie, Tyler Herro put up 19 points including some big shots in the 4th quarter. The Heat also had some help from their 36-year old vet, Andre Iguodala. Iggy put up 15 points to help get him to his 6th straight NBA Finals appearance.
The Celtics had a 6-point lead in the 4th quarter and went ice cold from that point on. They couldn't get shots to drop and couldn't find an answer for Bam. Theis was struggling against him and eventually fouled out tonight, and Grant Williams was put in to try to help slow the Miami big man down.

Bam Adebayo was a MONSTER all game.

Jayson Tatum had another slow start in the first quarter. He started the game shooting 0-7 but was still making an impact as he did a great job distributing the ball early. With his great passing tonight, Tatum set a career-high in assists with 11. He picked his shooting performance up throughout the game but finished 9-26 which simply isn't good enough of a performance in an elimination game. Marcus Smart started the game off firing as he put up 20 points on 22 shots while shooting 4-13 from 3-point range. Kemba had a 20-point night as well but missed some much-needed shots in the 4th and was struggling with staying out of foul trouble during the game. On the bright side, Jaylen had a solid game with 26-8-4 while shooting 10-17, and also coming up with 3 steals.
The Celtics seemed to settle for the three-pointer too much tonight. Although they had success with attacking the basket and getting to the middle of the zone to pick it apart, they didn't do too much of that. They didn't play the aggressive basketball they played in the second half of Game 5, and instead, settled for 46 3's. Out of the 46 3-pointers they attempted, they only hit 15 of them. Tatum, Walker, and Smart shot a combined 33 3's and only knocking down 10 of them (30.3%).
The future of the Boston Celtics is very bright. They're a great young team that is constantly developing year after year and I wouldn't expect much to change for next year. They lost to a tough and gritty team and will be back next year with a vengeance. It was a disappointing ending to the year, but the Celtics will be back. They will be back making another run in the playoffs next year, but for now, their quest for banner 18 will have to continue into 2021. 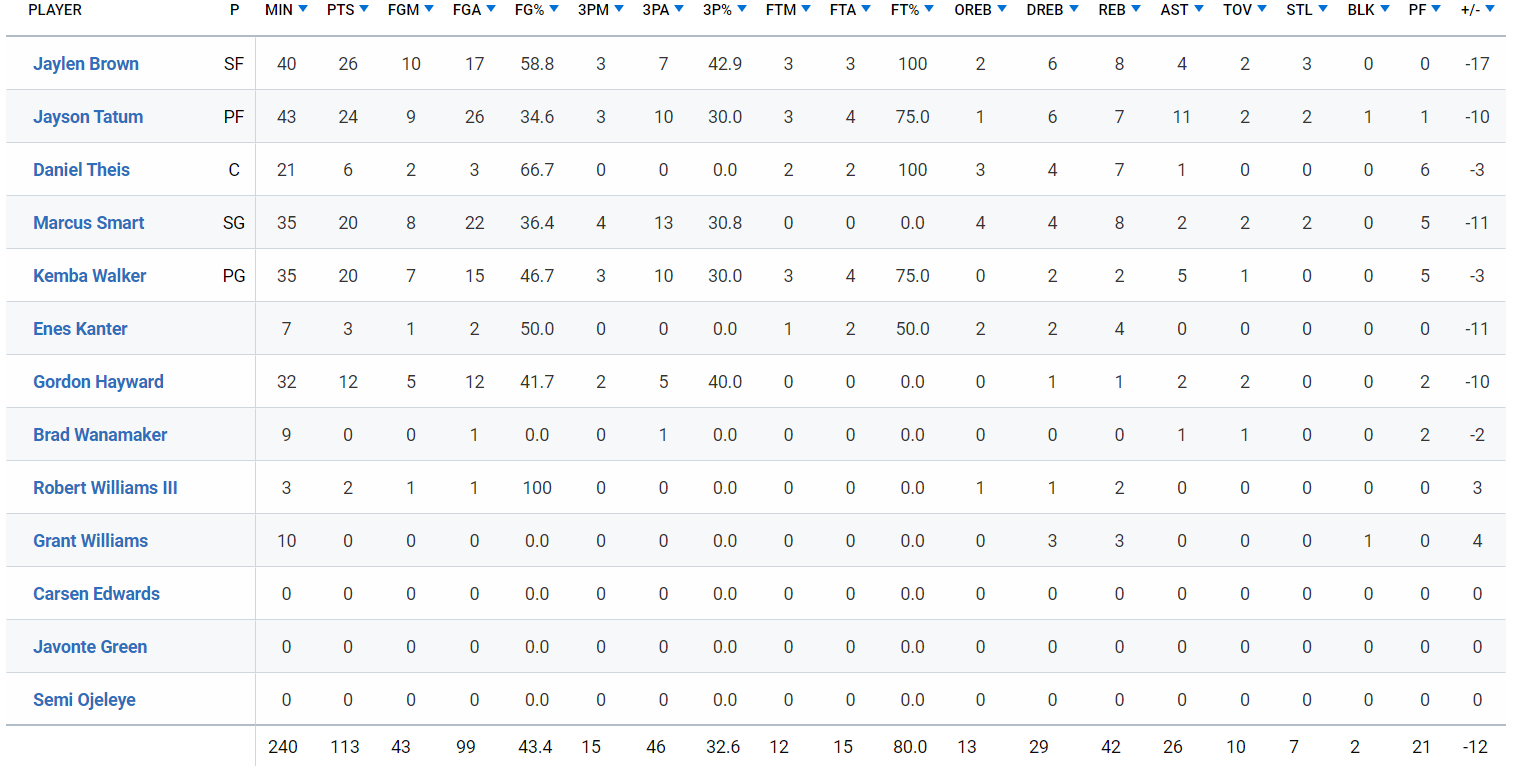 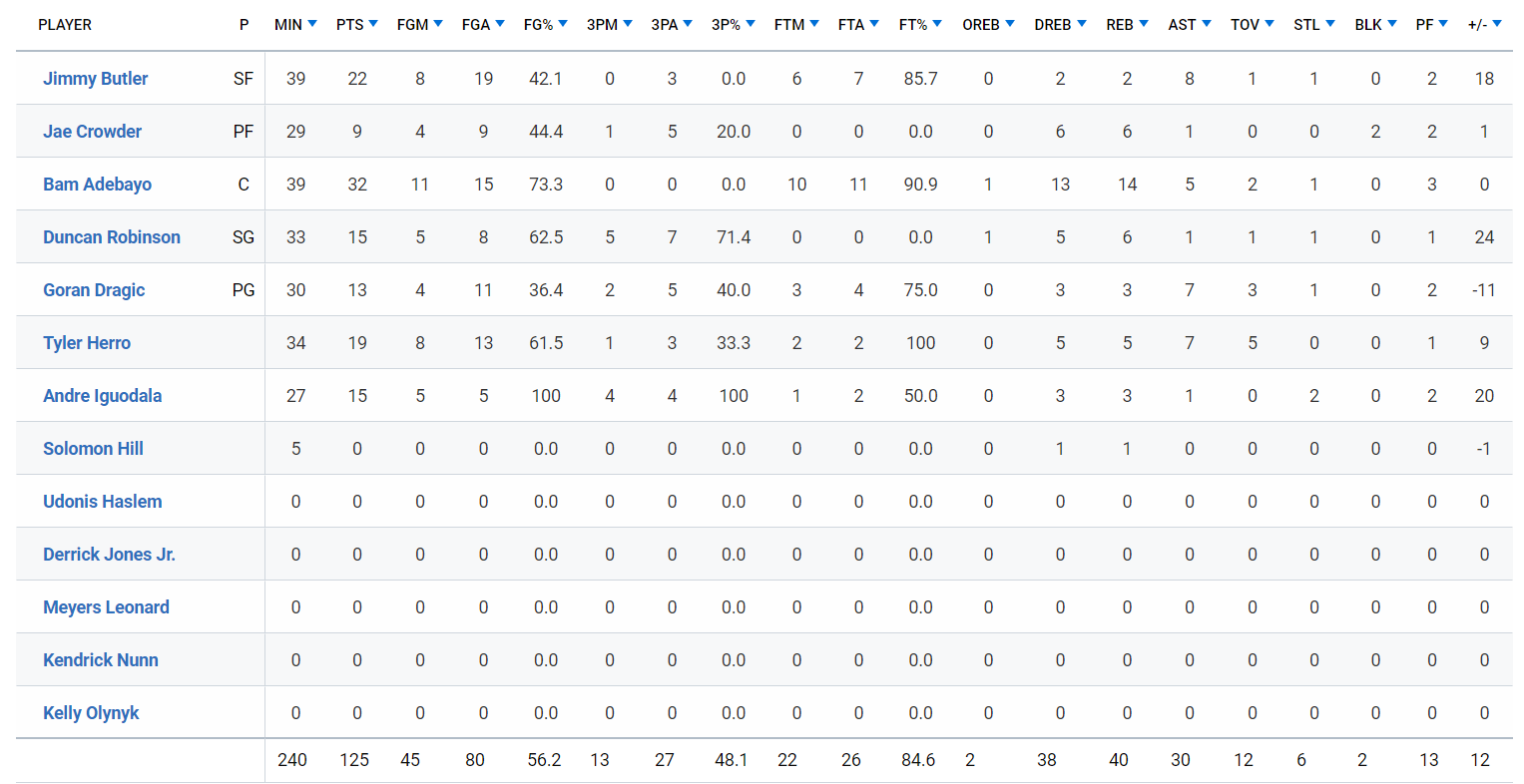