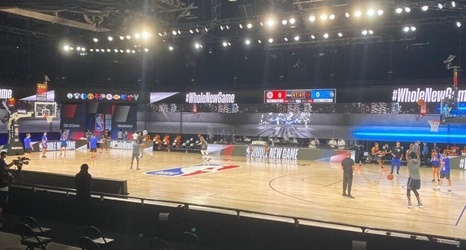 In the “here and now,” it would seem that Coach Mike Budenholzer’s Milwaukee Bucks have little if any reason to “excel” in these “seeding” encounters … after Friday’s 119-112 victory over the Celtics, a single victory in their seven remaining outings will cement a No. 1 Conference seeding.

But from the historical perspective – well, that’s a whole ‘nother somethin’.

You see, Giannis and Company are positioned to accomplish a feat that has occurred a mere 18 times in the Association’s first 73 seasons … an achievement that eluded the grasp of such icons as Russell, Cousy, Dr. J., Magic and Mikan.

If the Bucks can squeeze out five more pre-playoff wins, they will end this funkiest season ever with a winning percentage above .800. 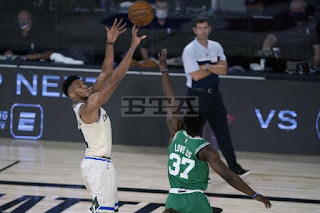 A word of caution to Buck fans … six of those .800 teams failed to win a championship, most recently the 73-win Warriors four years ago. (That very 2015-16 season saw Pop’s Spurs also surpass .800 and end ringless.)

Jayson Tatum managed to score two points on a possession where he never touched the ball. The Greek Freak and teammate Wesley Matthews, Jr. mishandled an errant Kemba Walker trey directly into the C’s goal.

Though 20’ away in the left corner, Tatum was the closest Green shirt to the “play” and thus was credited with not only a successful FG but also an Offensive Rebound. (Why that is NOT considered a Team Rebound bewilders me way more than it should, nothing against JT.)

Since when does the NBA allow a referee to discontinue play when a player appears to have become injured, ala Daniel Theiss while setting a Q4 screen on Antetokounmpo? 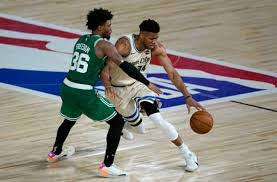 We’ve all seen too many cases where play extends for another trip or two downcourt while some player is rolling on the floor in agony, right?

Given the “standing start” with which the Stevens Crew began play, we perhaps should be pleased that the result came down to a crucial “overturn” in the final two minutes.

To my eyes, it appears that Marcus Smart shuffles his feet clear of the Restricted Area after Antetokounmpo has committed to his move … but the foot shift does NOT seem to re-position his upper body.

Technically, the defender is still moving … but many properly positioned defenders will perceptively “brace” for the contact they know is coming while gaining no positional advantage and still get the call.


Related: Unprecedented Excellence on diplay these days in Brew City