Abby Chin and A. Sherrod Blakely sadly among those let go in NBC Sports Boston layoffs


Longtime Boston Celtics reporters Abby Chin and A. Sherrod Blakely were amongst the nearly 20 on-air and behind-the-scenes staffers at NBC Sports Boston were laid off earlier this week. Studio host Gary Tanguay was also let go. Obviously the main reason for these lay-offs is due to the financial implications of the coronavirus pandemic.


The timing in letting go of Chin and Blakely in particular is curious considering NBCSB is the regional home of the Celtics and the NBA relaunched its season last week after being shut down because of the pandemic.

According to multiple sources, the network may keep some laid-off staffers around for 60 days. Blakely, whose contract is up in October, will stay on through the remainder of the Celtics season before beginning a teaching job at Boston University in the fall. 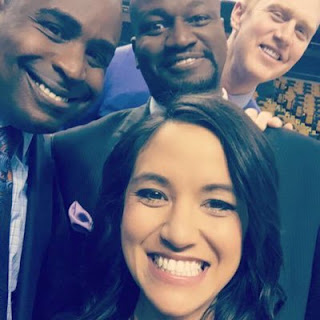 I enjoyed the work of both Blakely and Chin. They both seemed to actually really enjoy covering the Celtics which I believe is important to viewers. And neither were blowhards just looking for the most attention. I liked Gary Tanguay when he first started at the network, or whatever it was called then, but he eventually changed and became very negative on the air, possibly due to seeing how that schtick seemed to work for his fellow co-host Michale Felger. That 2nd version of Tanguay I was not a fan of. He battled a cancer scare recently, so would prefer not to say much more on that.


Always sucks when someone loses a job due to budget cuts and wish all those affected the best moving forward.