On this date in history the Celtics traded for Kevin Garnett

Of course within a year the Celtics would win their NBA record 17th championship. Kevin McHale gets blasted for this deal, but Al Jefferson became an All-Star and who knows what McHale would have done with the lottery pick they received. By 2009, McHale was out of a job and David Kahn used the #7 pick on Jonny Flynn.

At #8 the Warriors selected Stephen Curry. Pretty sure if McHale had stuck around to 2009 and selected Curry, the Wolves side of the trade would look more favorable.

If not for KG's injury the year after the championship, the Celtics likely have one or more additional banners. 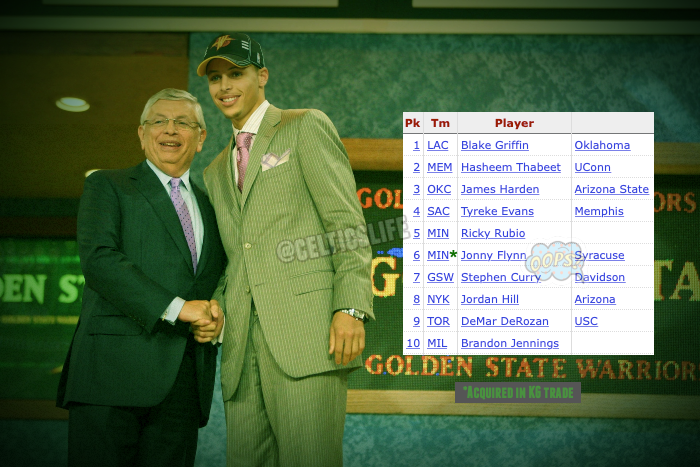